"A stunning little country, and an emerging travel destination in East Africa, where a dark past lives together with ancient volcanoes and lush forests inhabited by gorillas."

The gorilla tracking in the bamboo forests of Volcanoes National Park, the oldest national park in Africa.

The capital city Kigali, with its modern and vibrant centre, is nestled on green hilltops in the heart of the country.

Located just South of the equator in East Africa, Rwanda is one of Africa’s smallest countries and it is landlocked. Its green and mountainous territory is quite highly elevated, with the lowest point standing above 900 mt. Rwanda’s western border is marked by Lake Kivu and the Virunga Mountains chain, that flanks the Albertine Rift Valley and consists of eight volcanoes of which five are within Rwanda. This includes also Mount Karisimbi, the country’s highest peak at 4,507 mt.

The centre of Rwanda is made up of rolling hills, while to the East there is a region of savannah and swamps. The country has rebuilt itself impressively after the horrors of the 1994 genocide, with some of the lowest incidences of corruption on the continent, the highest percentage of women in government in the world and the umuganda tradition, whereby Rwandans dedicate the third Saturday of every month to community service. Agriculture and a growing tourism industry are fuelling the country’s economic growth. In the renowned Volcanoes National Park, where the primatologist Dian Fossey studied mountain gorillas for almost twenty years, it is possible to observe at close quarters some habituated groups of these primates. Further South, the rainforests of Nyungwe are home to different primate species including chimpanzee. Rwanda is not just adventure, gorilla tracking and hiking in the mountains. The gorgeous beaches of Lake Kivu and the vibrant capital city Kigali with its cafe, restaurants and cultural spaces, complete the travel experience in Rwanda, adding some relaxation and sophistication to it.

The Akagera National Park covers an area of about 1,000 km² in the Eastern part of Rwanda, bordering Tanzania, and it features a wide variety of habitats. Since 2010 the park was managed by African Parks and since then the park has experienced an extraordinary rebirth. The fight against poaching facilitated the reintroduction of wildlife, particularly lions and black rhino. The park also hosts a good population of leopards, one of the highest density of hippo in Africa and more than 500 bird species. 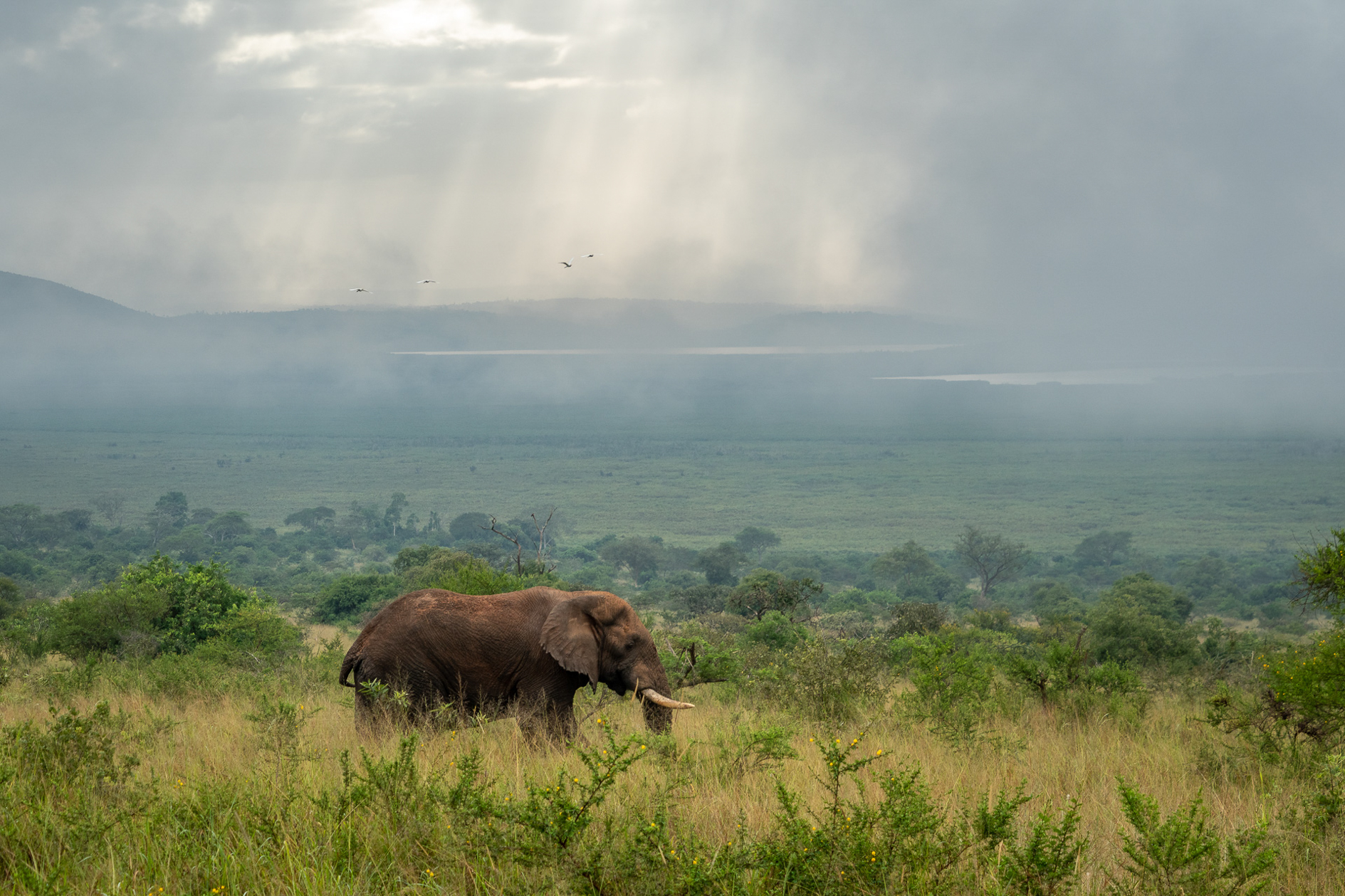 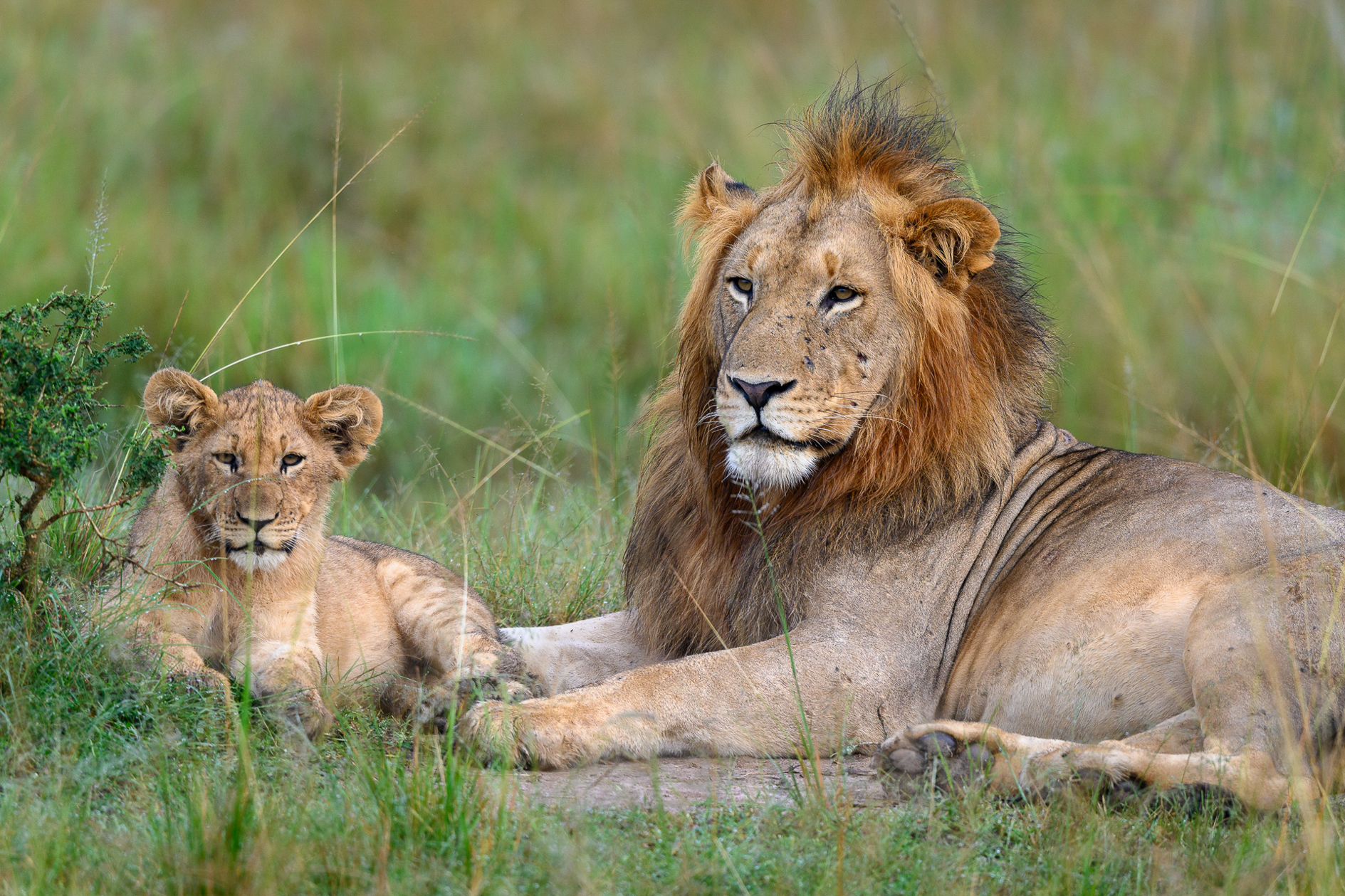 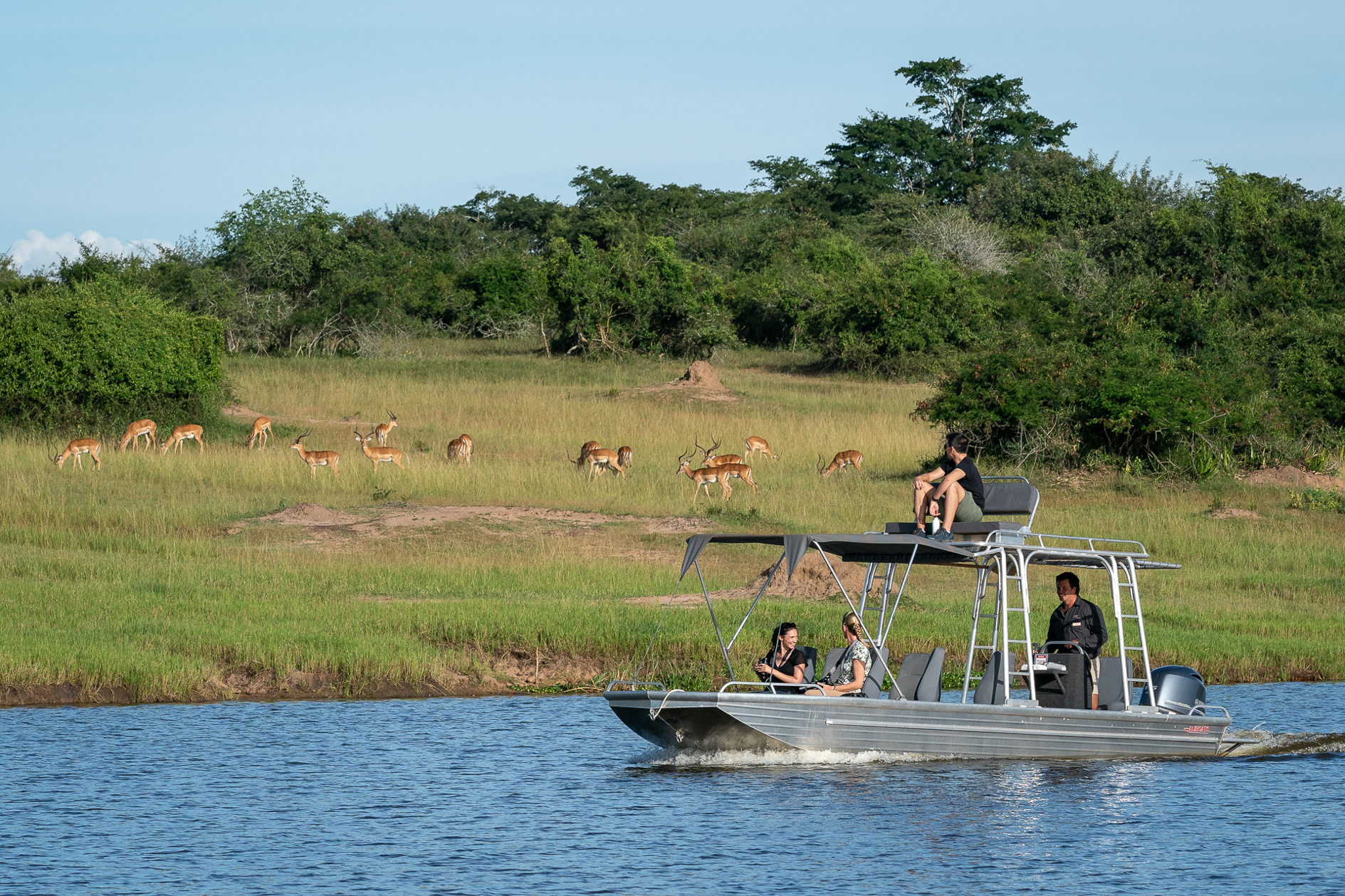 Lying on the border with Democratic Republic of Congo, Lake Kivu is one of the African Great Lakes and covers 2,700 km² on the Albertine Rift Valley. The lake stands at 1,460 mt. above sea level and is 480 mt. deep. The surface of Lake Kivu is dotted with lush islands and its gas rich waters are safe and clear. On the lake shores there are some lovely beaches and the resort towns of Cyangugu, Kibuye and Gisenyi, ideal to relax after gorilla trekking, offer plenty of water activities and visits to the coffee plantations inland. 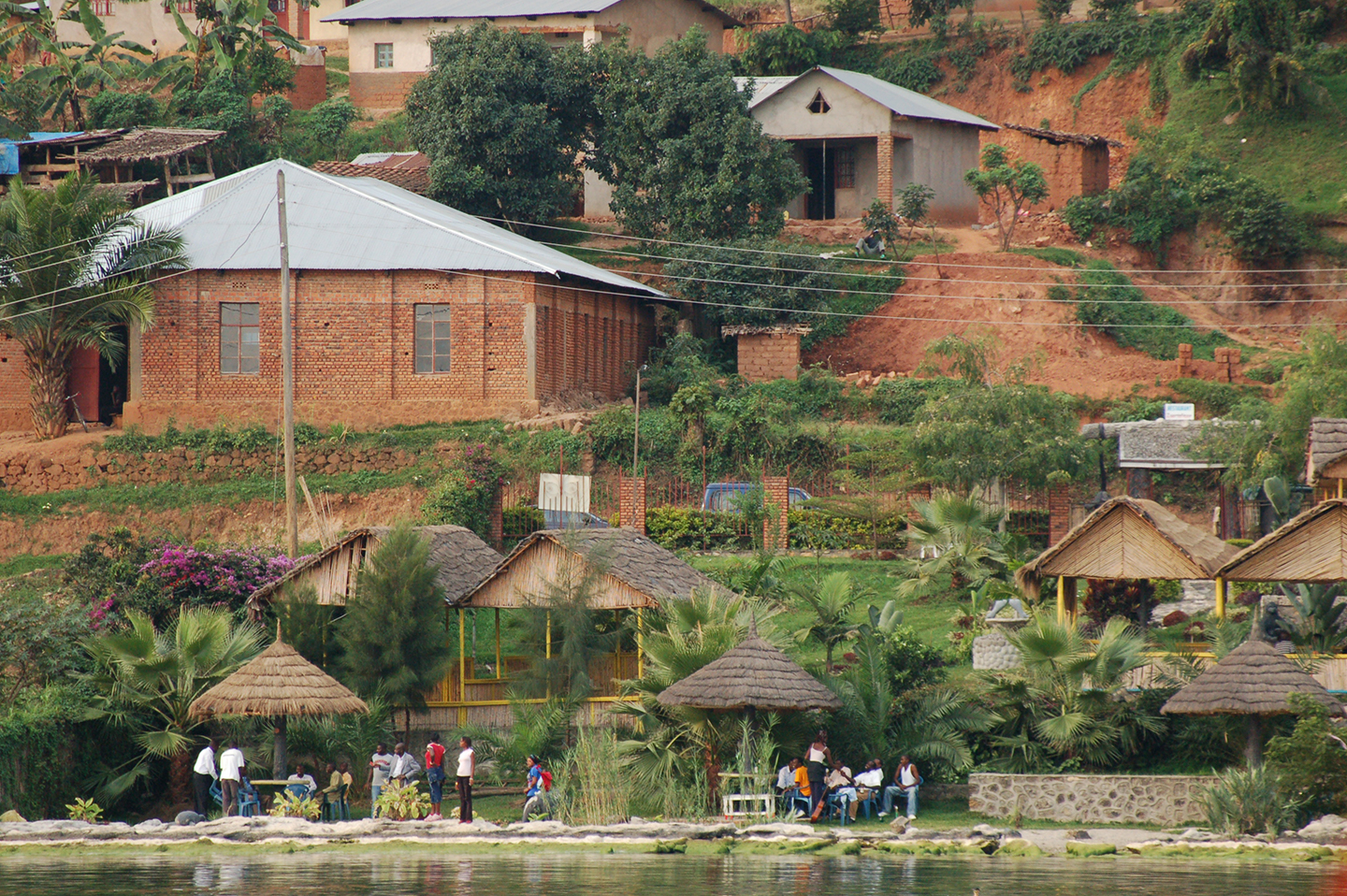 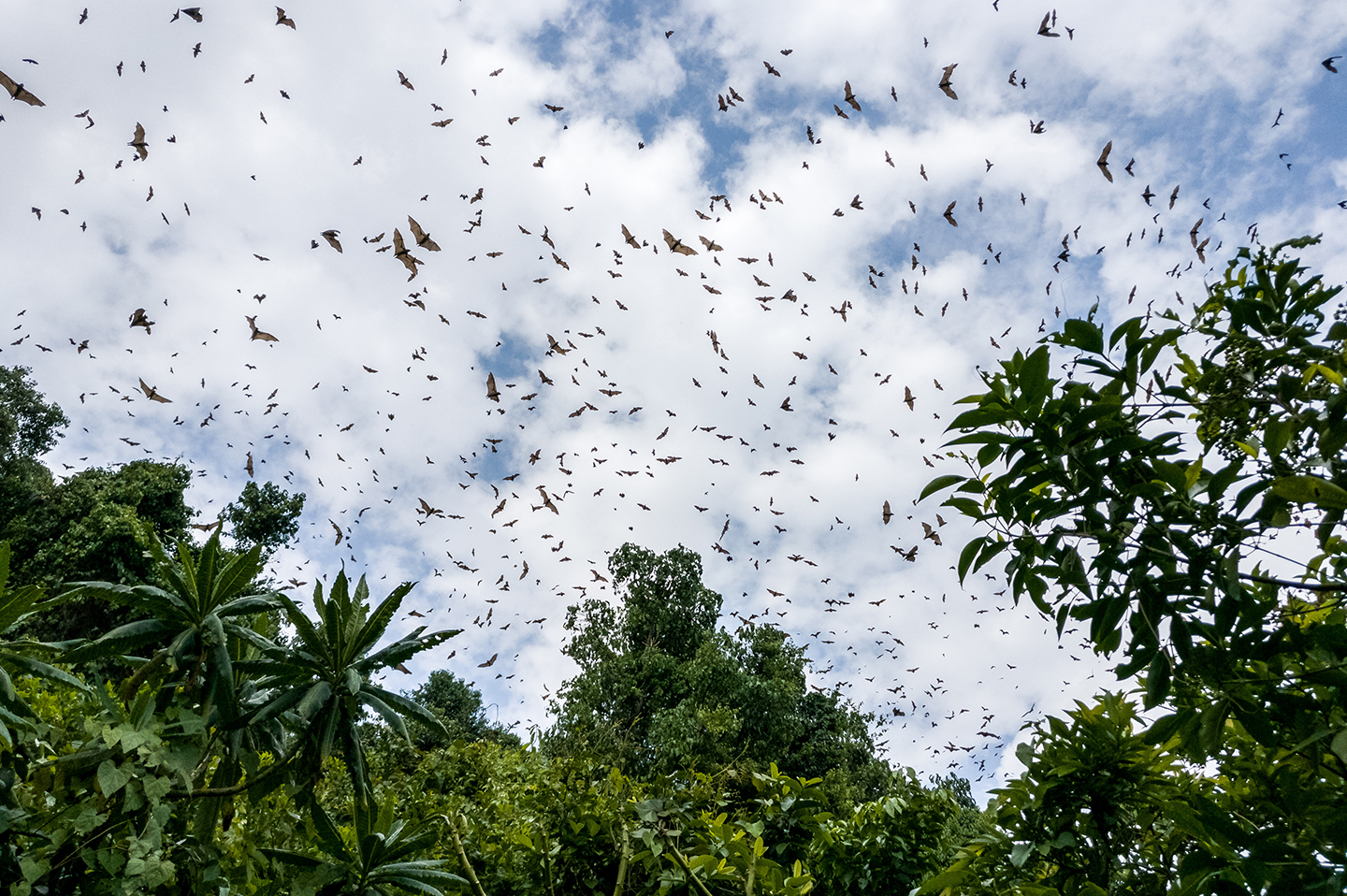 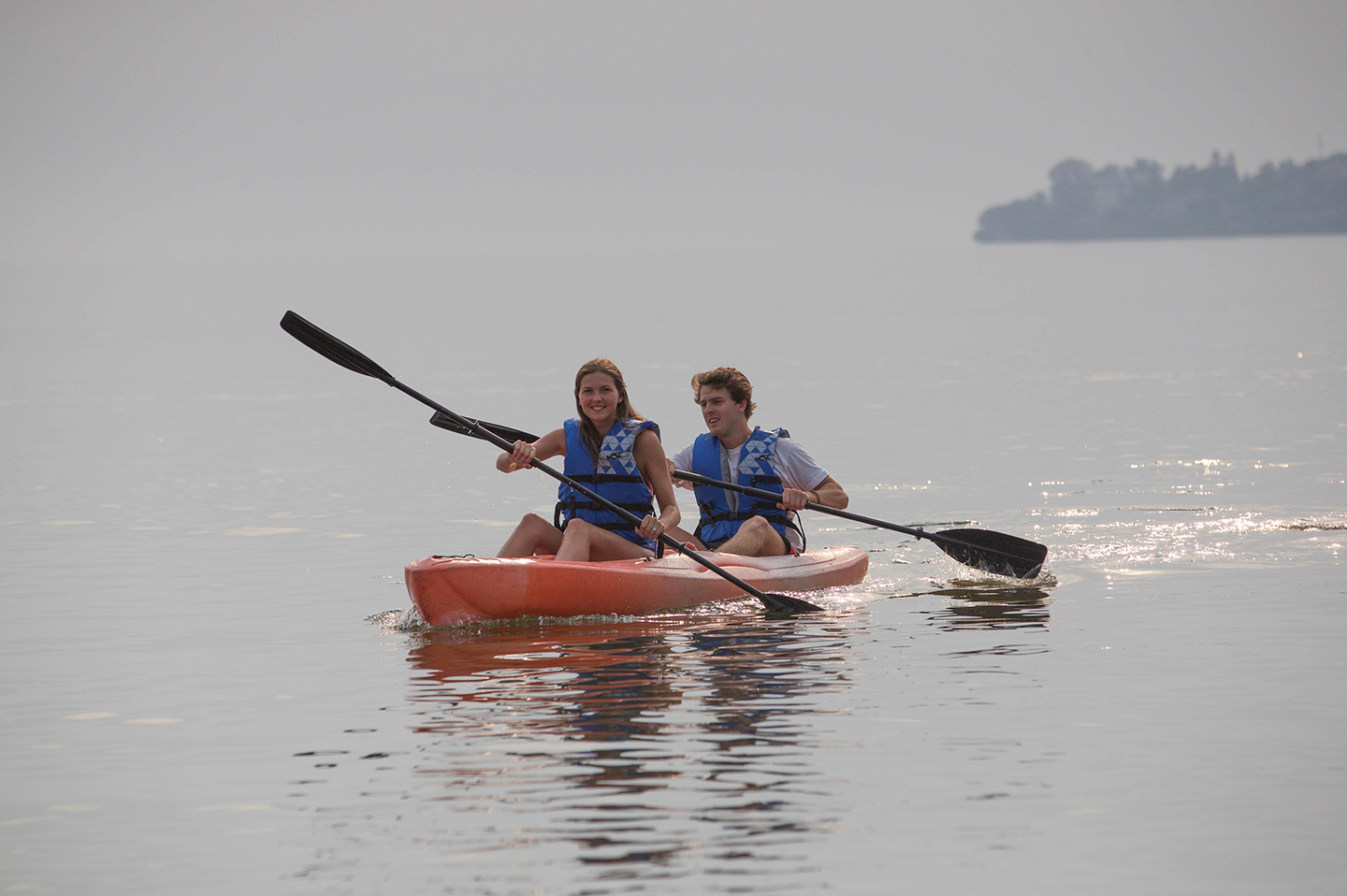 Set up in 2004, Nyungwe Forest National Park covers over 1,000 km² in the South-western part of Rwanda, between the Congo and the Nile river basins. Nyungwe rainforest is believed to be one of Africa’s oldest, which explains its incredible biodiversity. The park is home to about 400 chimpanzees and to other 12 primate species, more than 300 bird species, with a number of endemic ones, and 200 tree species. Nyungwe offers many hiking trails and boasts East Africa's highest canopy walk, hanging 60 mt. above the forest. 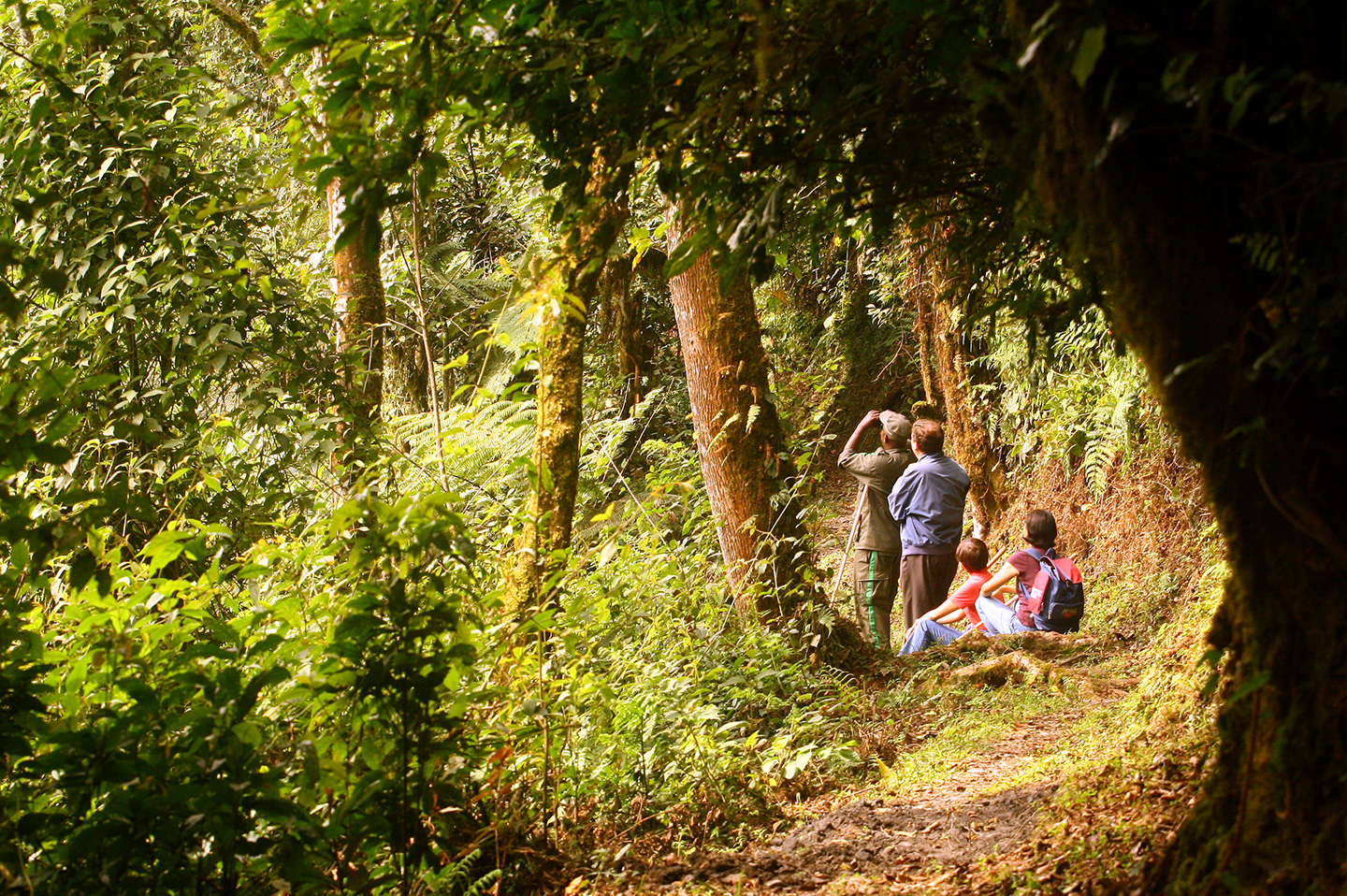 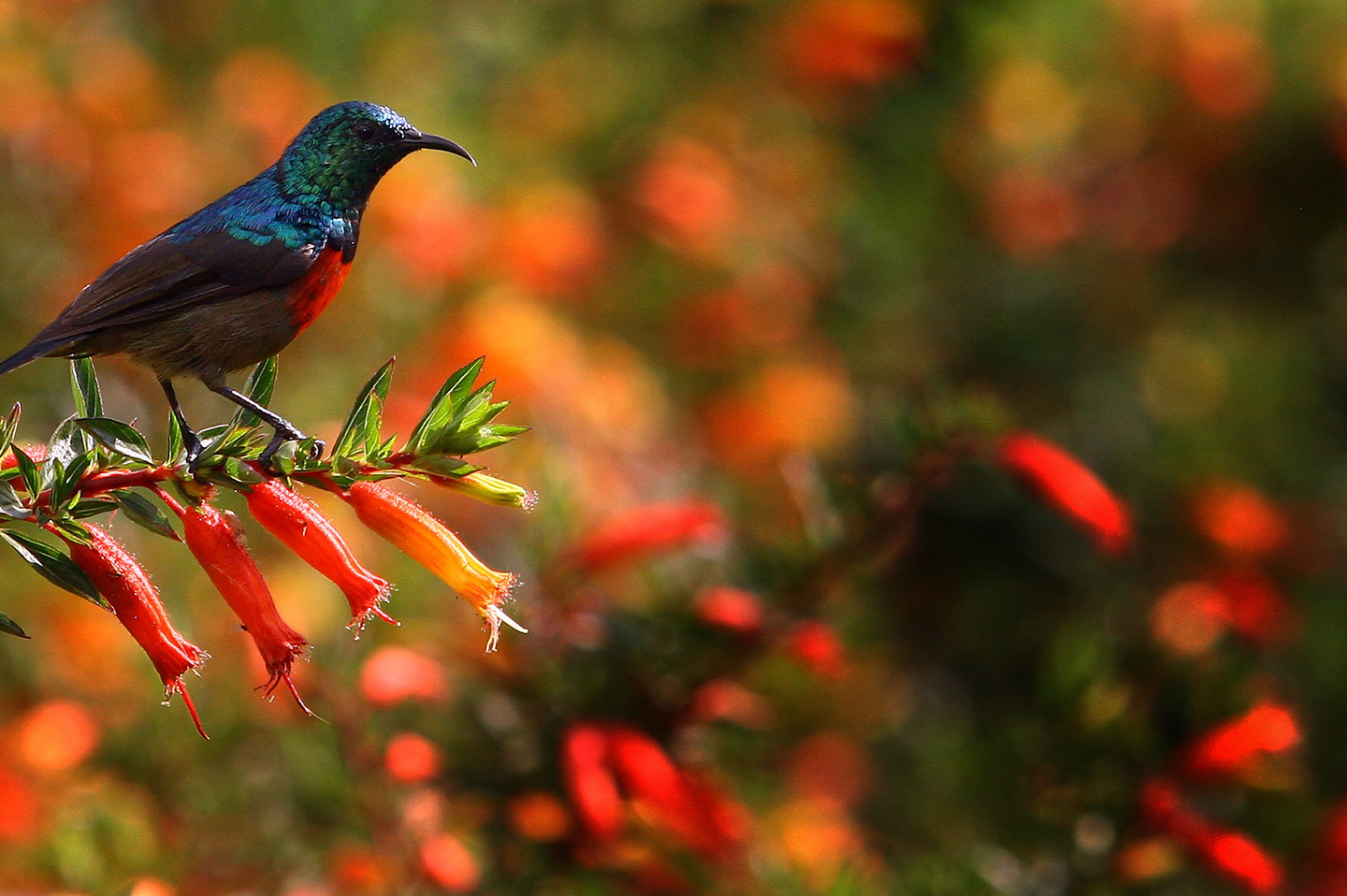 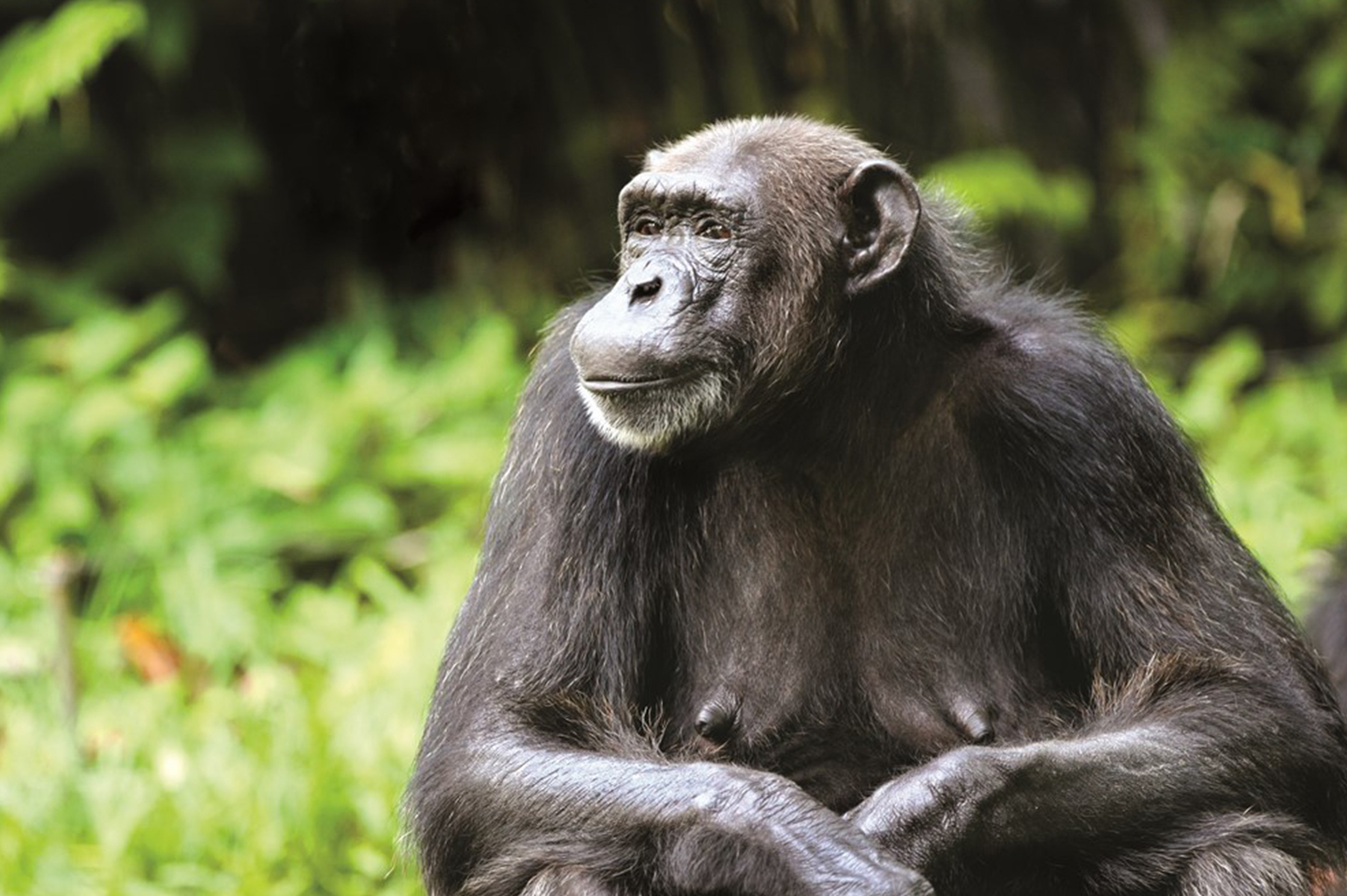 Volcanoes National Park is located in the country's North-West in the Virunga Mountains, consisting of eight volcanoes of which five are within the park. Created in 1925 to protect mountain gorillas, it is the oldest national park in Africa. From 1967 to 1985 the park became the base for the ground-breaking studies on gorillas of the primatologist Dian Fossey. Devastated by the civil war during the 1990s, today the park has fully recovered and its montane and bamboo forests are a haven for mountain gorillas and other rare species such as the golden monkey. 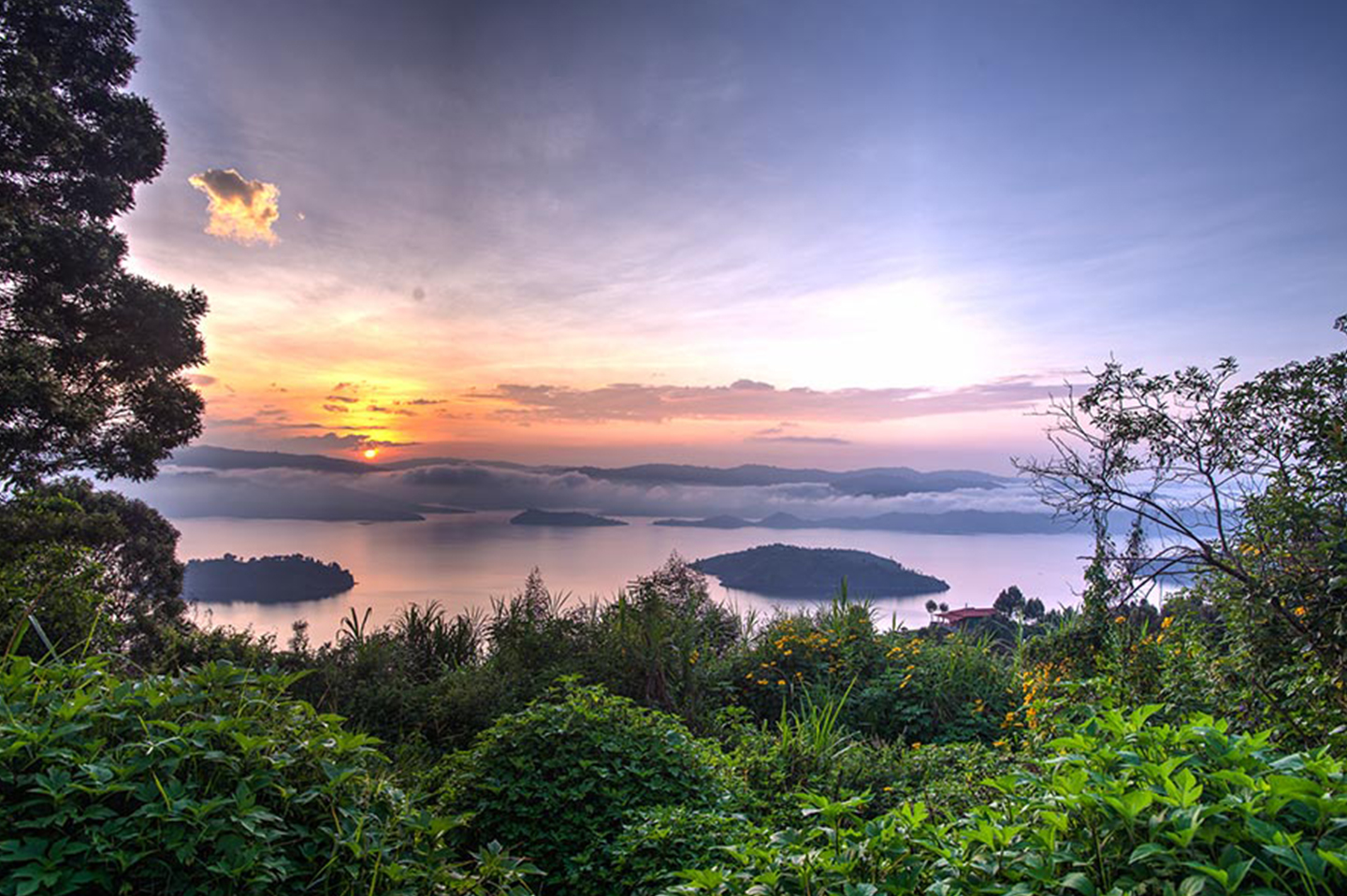 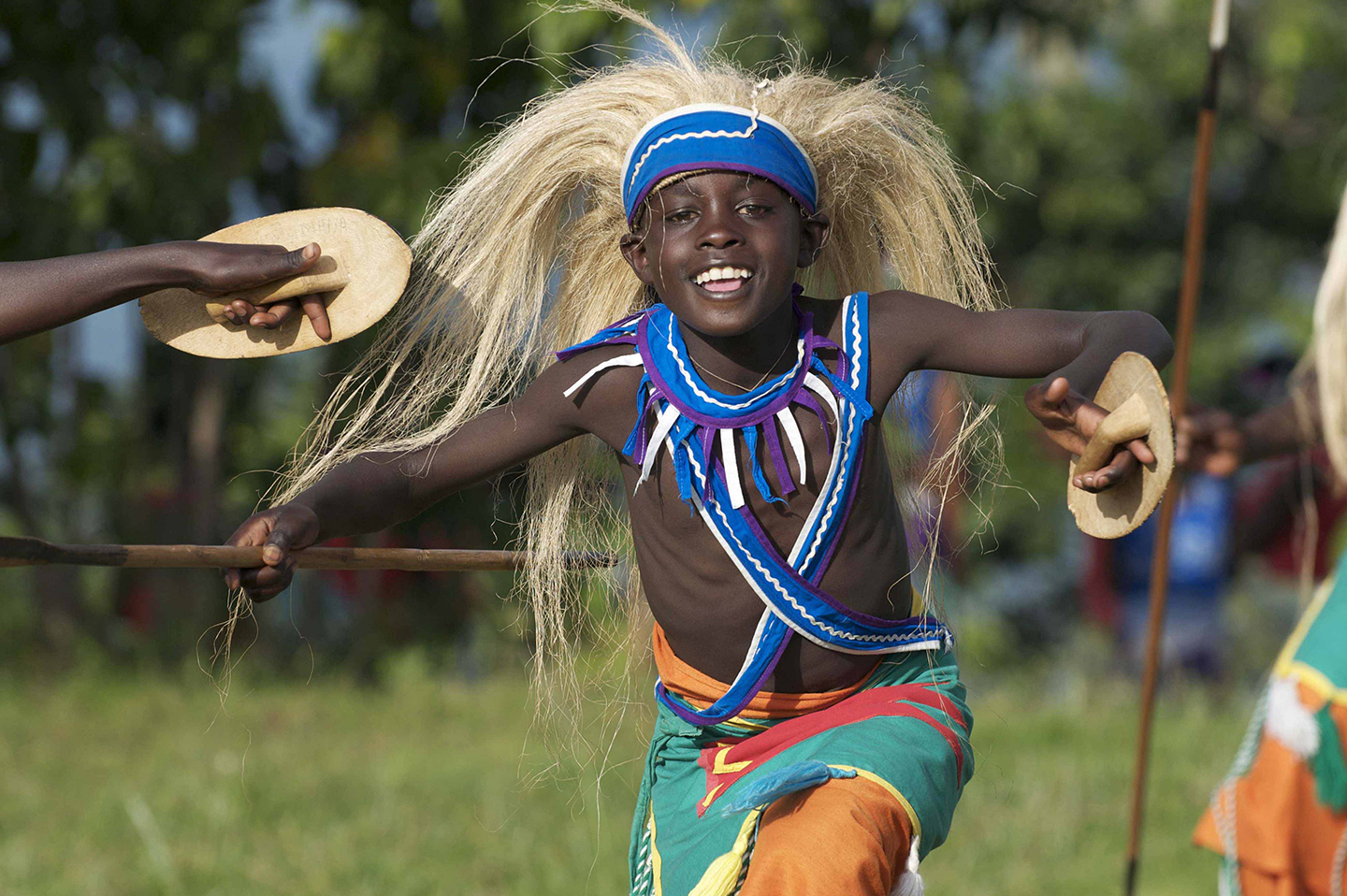 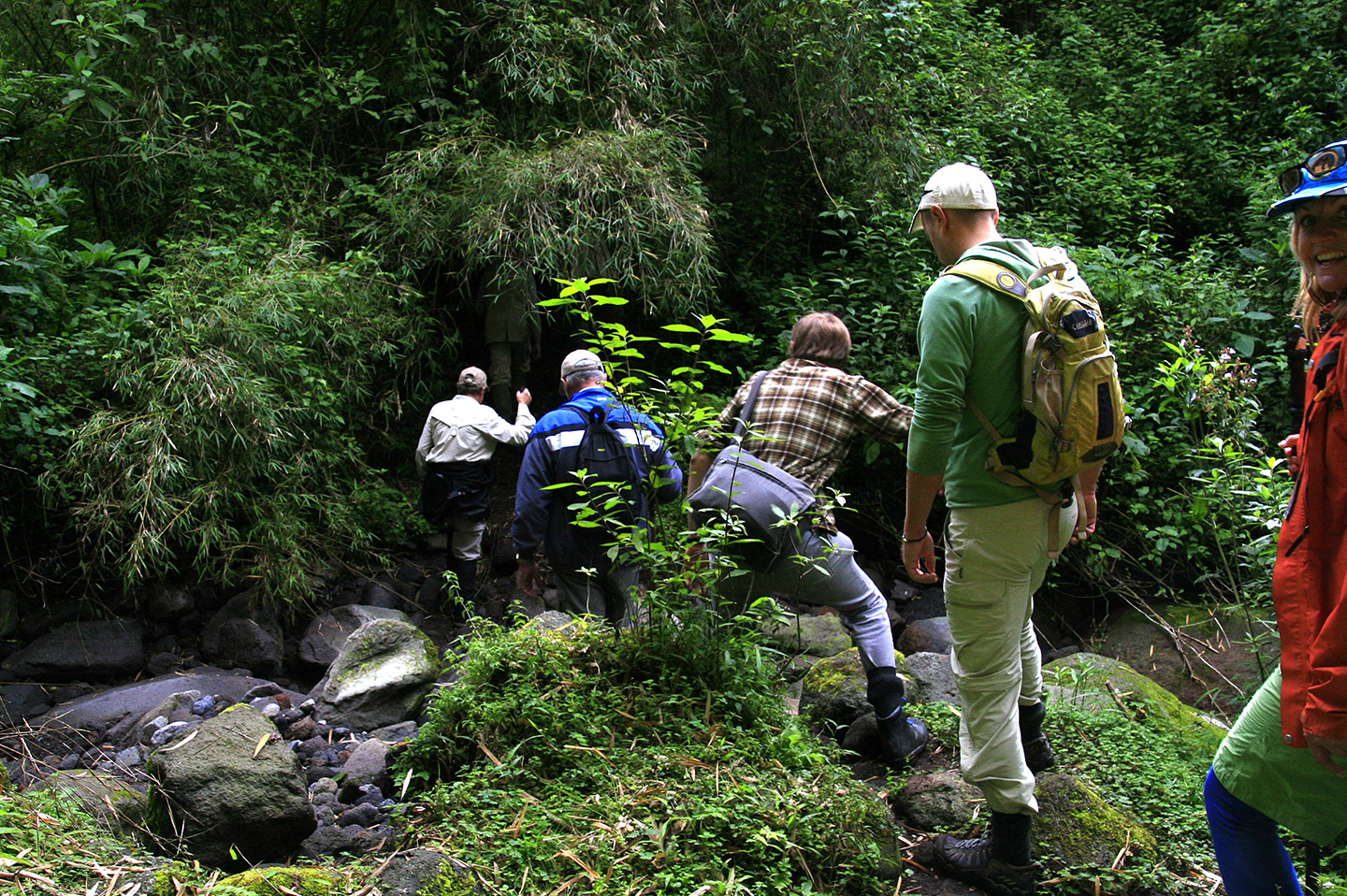 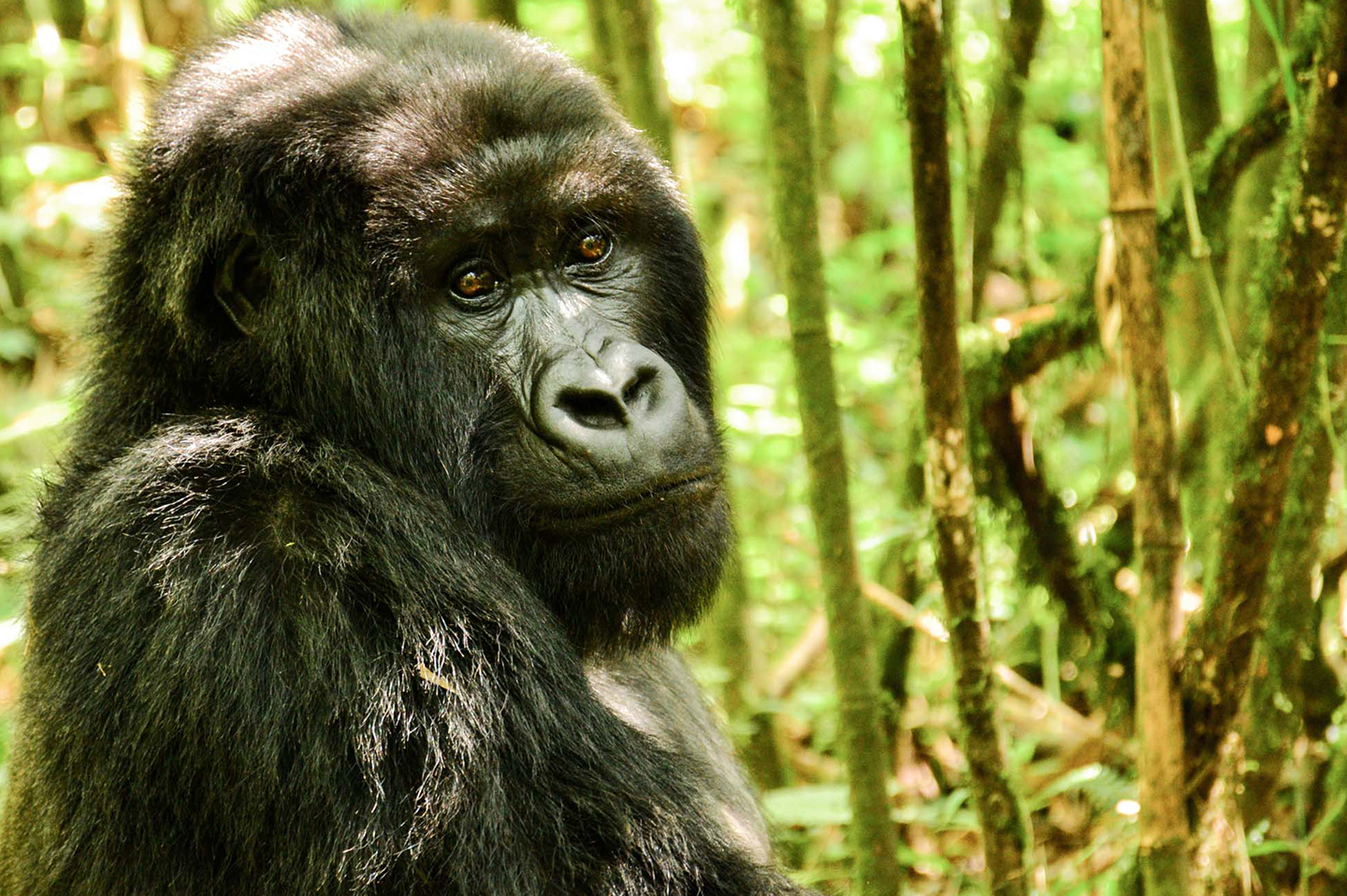