The Ngorongoro Crater, a giant caldera with breathtaking views and a unique ecosystem teeming with wildlife.

The spectacle of the Great Migration of over a million wildebeest in the Serengeti National Park.

The colourful clothes, the warriors dance and the traditions of Maasai people.

Climbing the snow-capped Mount Kilimanjaro, the highest mountain in Africa.

The crystal clear waters and the long white beaches of Zanzibar Archipelago.

Located in East Africa within the Great Lakes region, Tanzania is one of the largest and most diverse countries on the African continent. To the East Tanzania meets the Indian Ocean along an 800 km coastline, which extends out to the world famous beaches of the Zanzibar Archipelago. The highest peak in Africa, Mount Kilimanjaro, is found in the densely forested and mountainous North-East region of the country. Further West the Ngorongoro Crater, the largest unbroken volcanic caldera in the world, towers over the grassy plains of the Serengeti

National Park, home to the annual “Great Migration” of nearly two million wildebeest, zebra, Thomson’s gazelle and other antelopes. The three largest lakes in Africa are partly within Tanzania: Lake Victoria, Lake Nyasa and Lake Tanganyika, which is also the continent’s deepest lake. Tanzania has long attracted famous hunters, explorers and conservationists: Selous Game Reserve, now Nyerere National Park, is named after the acclaimed English hunter and explorer Sir Frederick Selous, while Gombe National Park was put in the spotlight by Dr. Jane Goodall and her revered work with the park’s chimpanzees. Tanzania’s natural variety is mirrored by a cultural diversity embracing 120 distinct tribes: from the iconic Maasai pastoralists of the Rift Valley to the Hadzabe hunter-gatherers of Lake Eyasi and the Arab-influenced Swahili of the coast. With such a rich mosaic of cultures, wildlife and protected areas, which cover about 40% of Tanzania’s land and include 19 national parks, the country continues to be the pinnacle of the ultimate African safari.

The Maasai Steppe is a semi-arid region of grasslands, seasonal swamps and ancient granite mountains spreading from Arusha to Lake Manyara. The area supports Maasai villages and their grazing cattle, as well as pockets of free-roaming wildlife protected in two national parks. Tarangire National Park features scenic, baobab-dotted landscapes and is home to big herds of migrating elephants, while Lake Manyara National Park, overlooked by the Rift Valley escarpment, is renowned for its tree-climbing lions and flocks of flamingos. 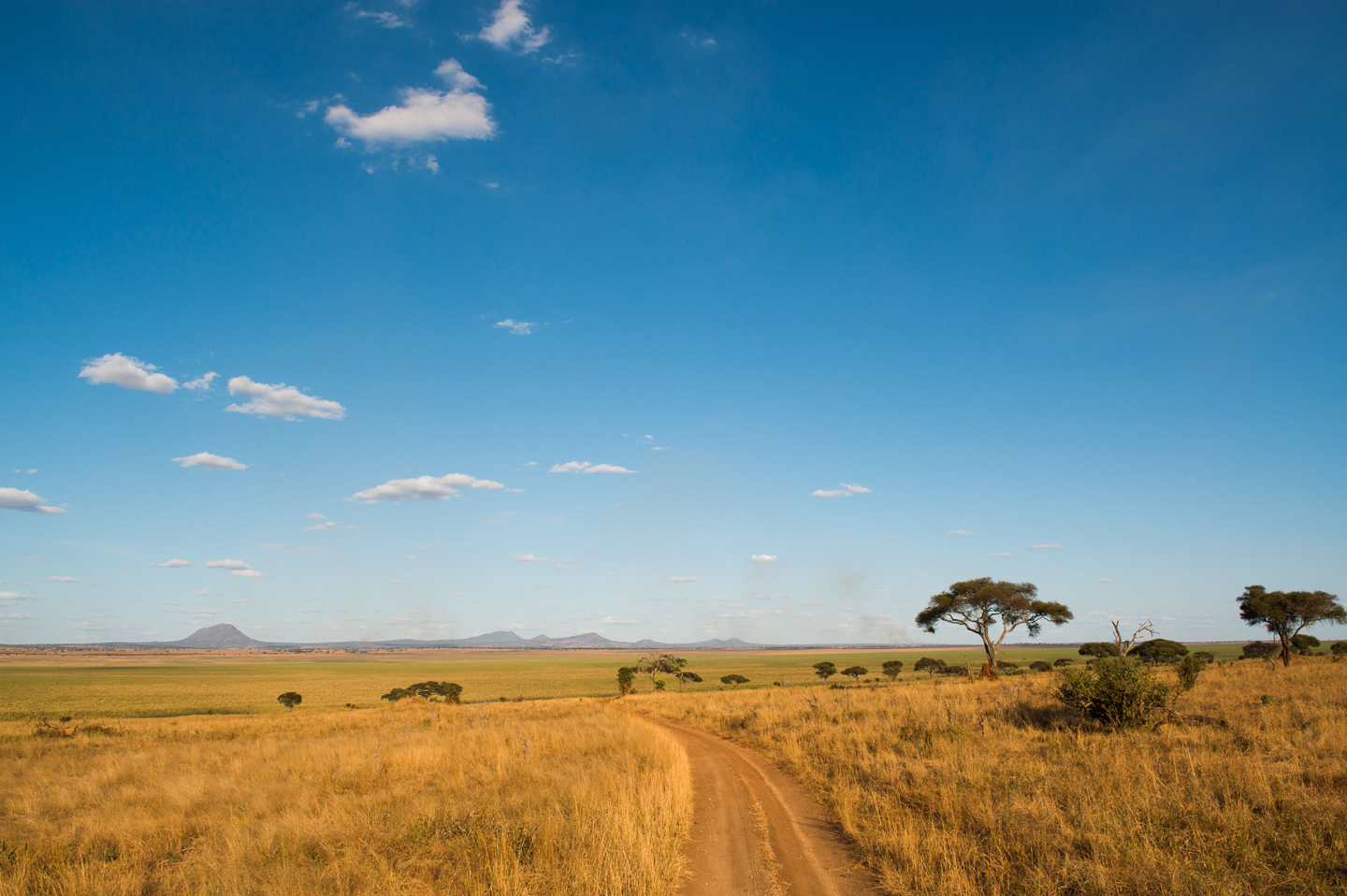 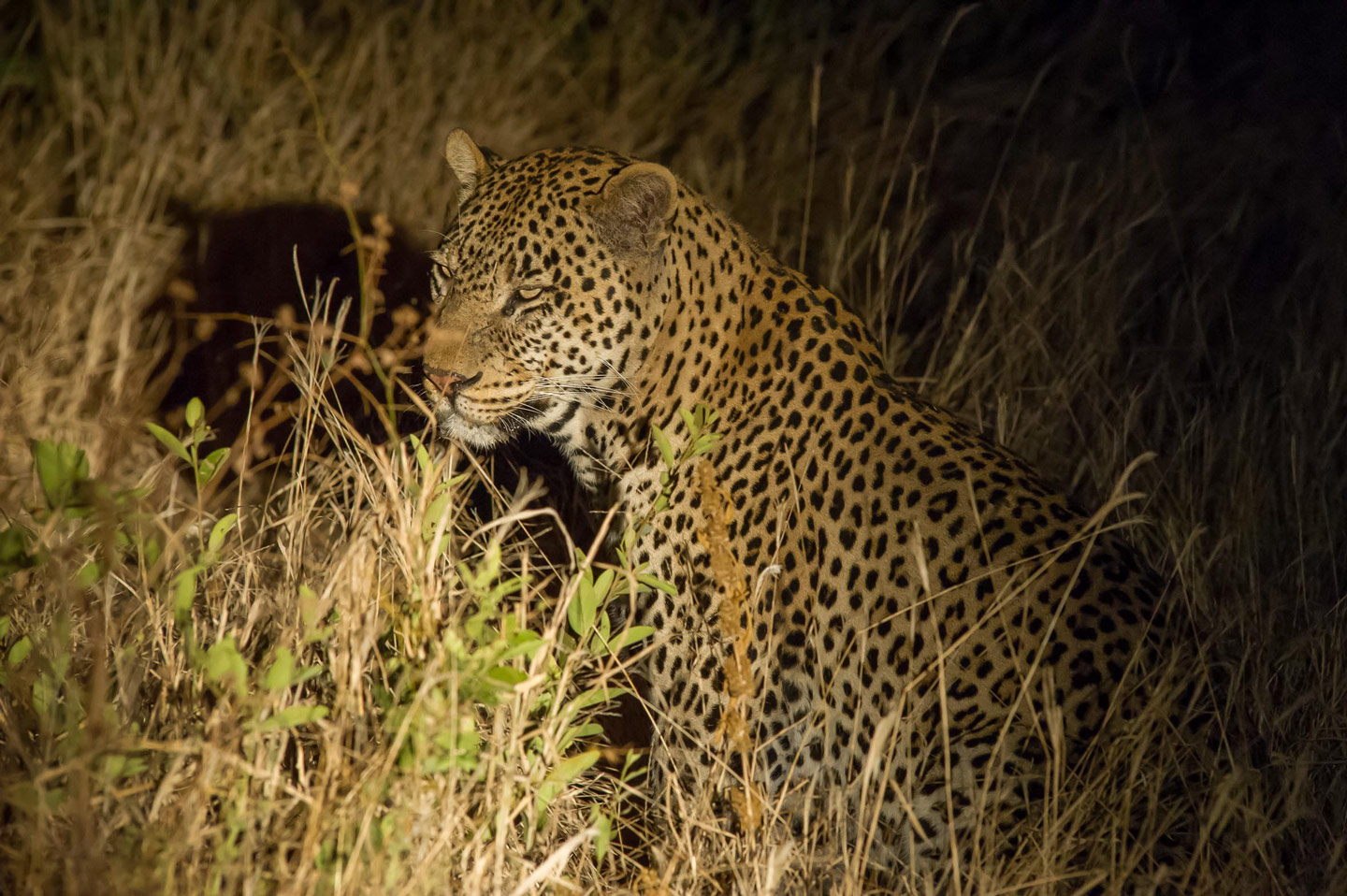 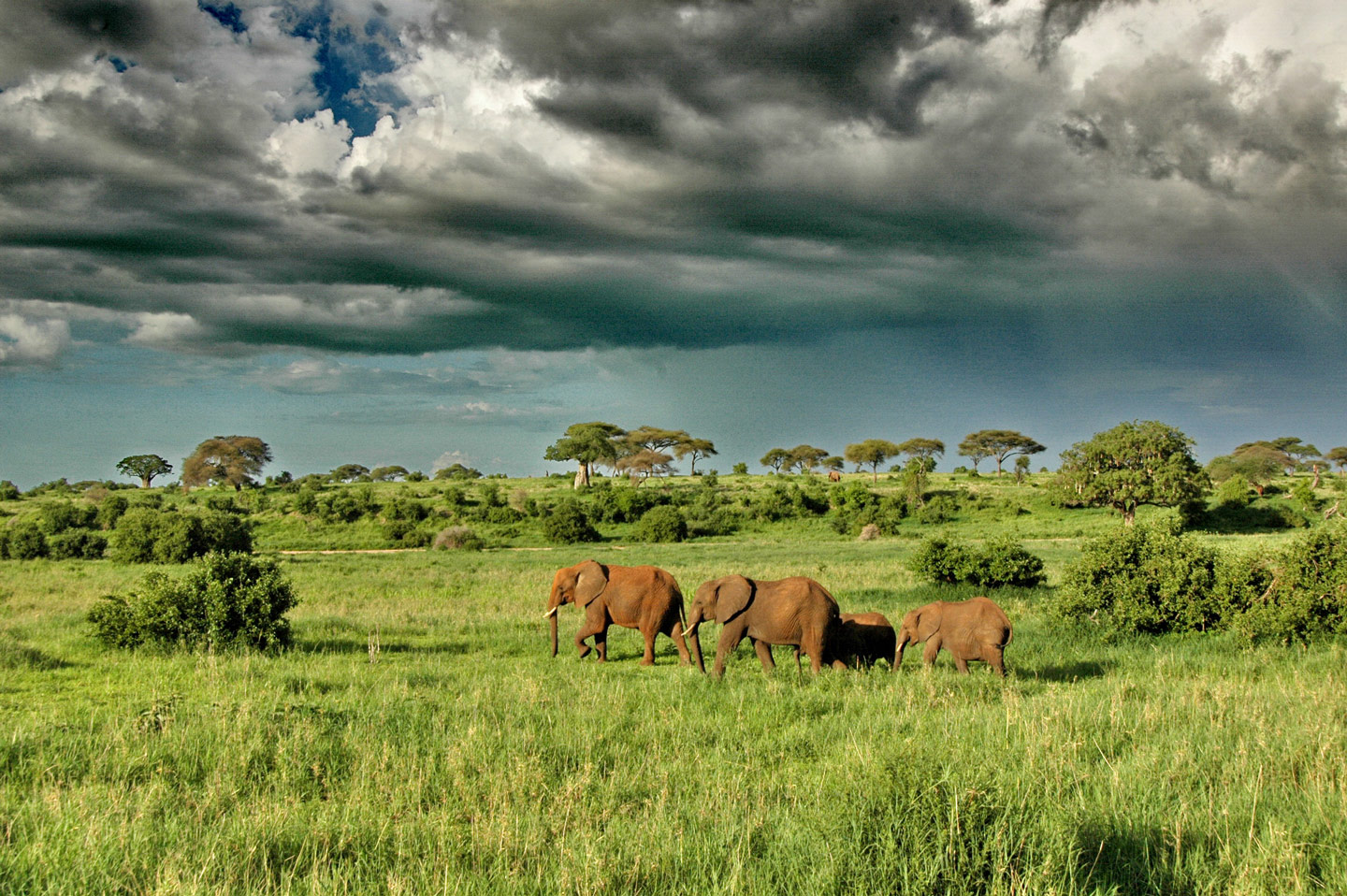 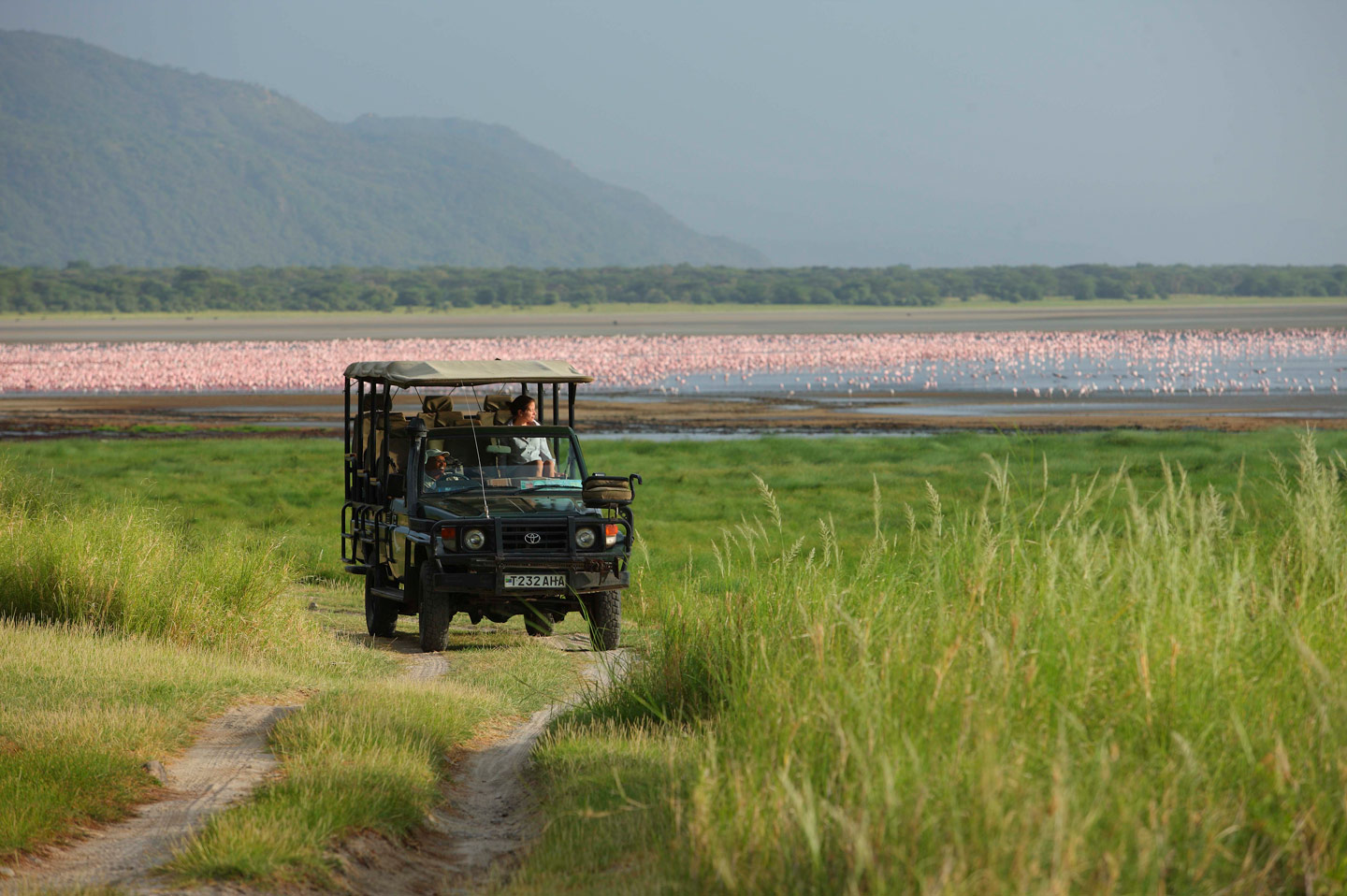 Once a giant volcano as high as Mount Kilimanjaro, the Ngorongoro Crater is the largest intact caldera in the world. This natural amphitheatre contains its own unique ecosystem, home to some 25,000 mammals including big tusker elephants, endangered black rhinos and one of the highest concentrations of lions in Africa. The Ngorongoro Crater is the flagship feature of a 8,300 km² conservation area of open plains, forested highlands and volcanic peaks which includes the Olduvai Gorge archaeological site. 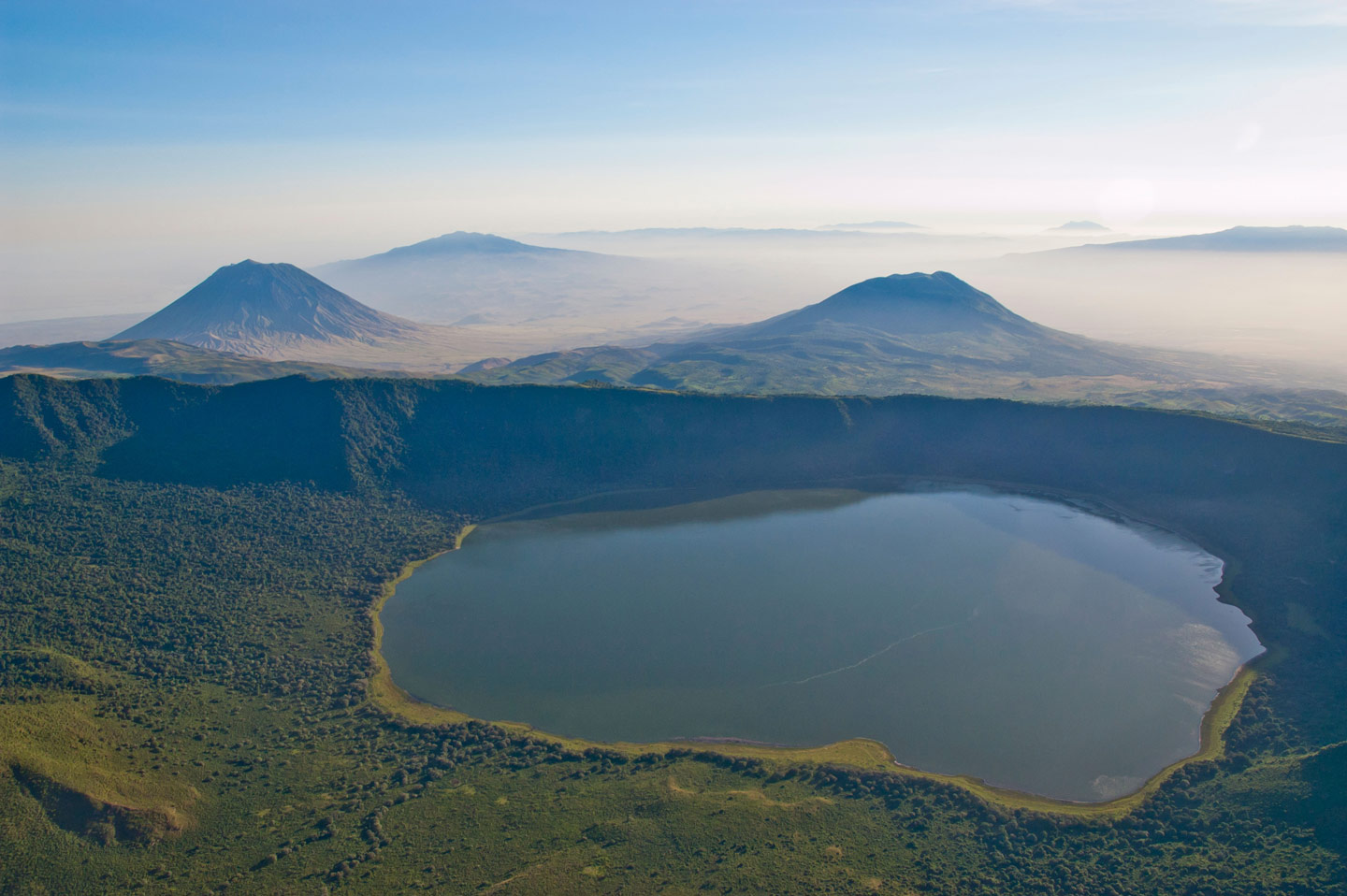 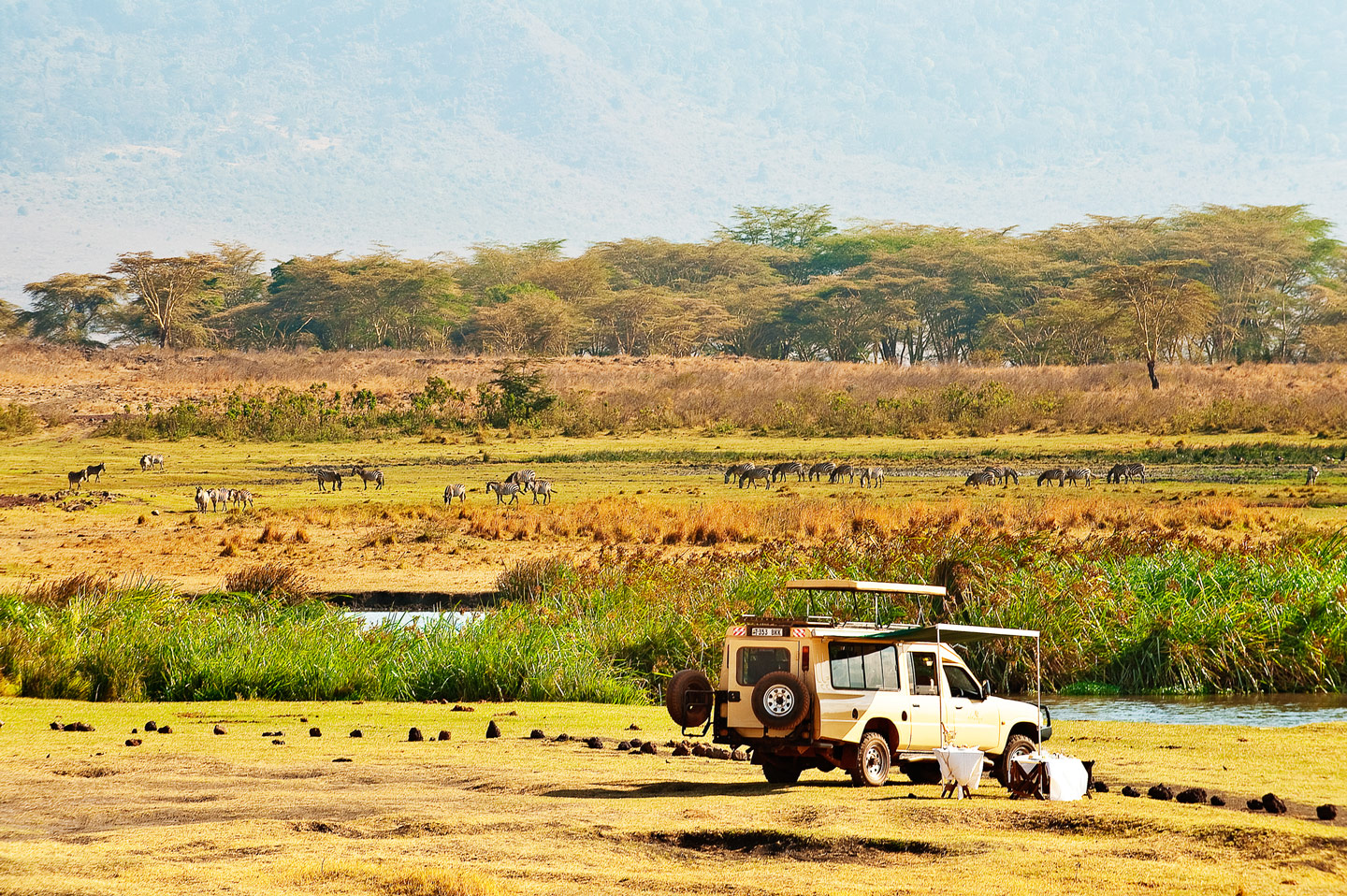 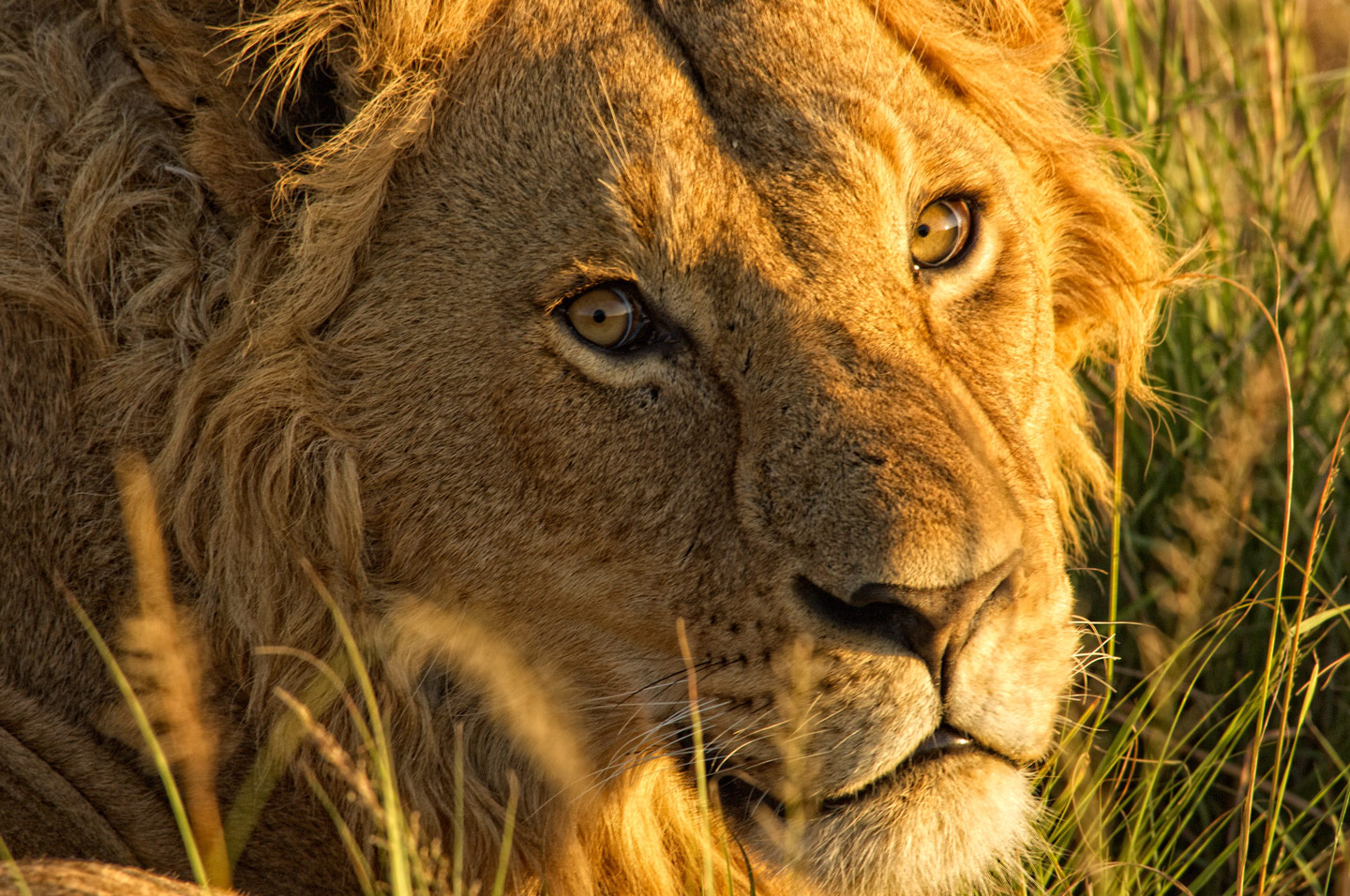 Serengeti is the oldest national park in Tanzania and one of the most celebrated wilderness areas in the world. Part of the Serengeti-Mara ecosystem, the park features a variety of habitats, a huge concentration of big cats and one of the most amazing wildlife spectacles on earth: the "Great Migration". Every year about 2 million herbivores, mainly wildebeest, migrate through the park, following the rains in search of fresh grazing. Witnessing this epic, seasonal journey is a once in a lifetime experience. 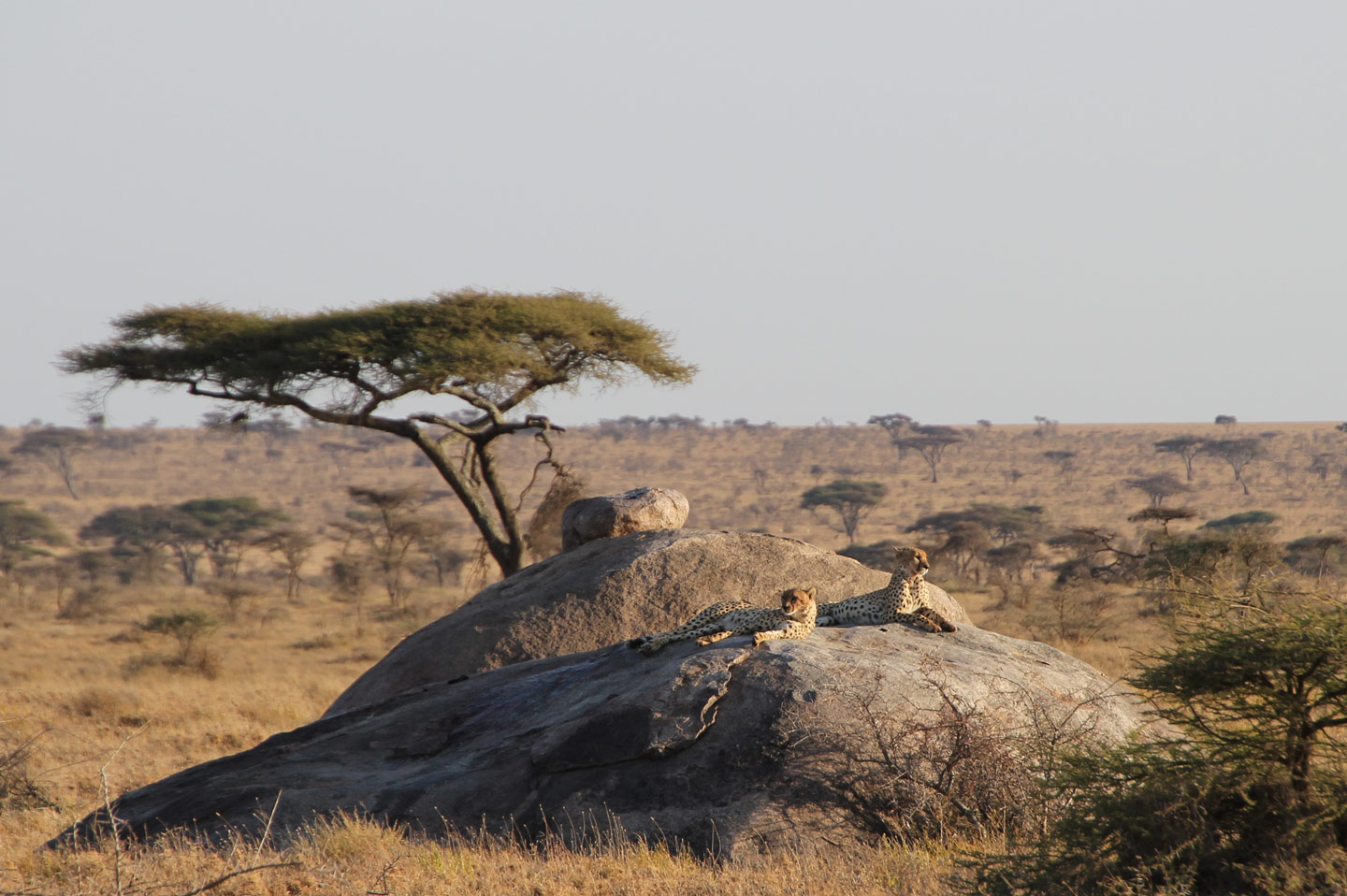 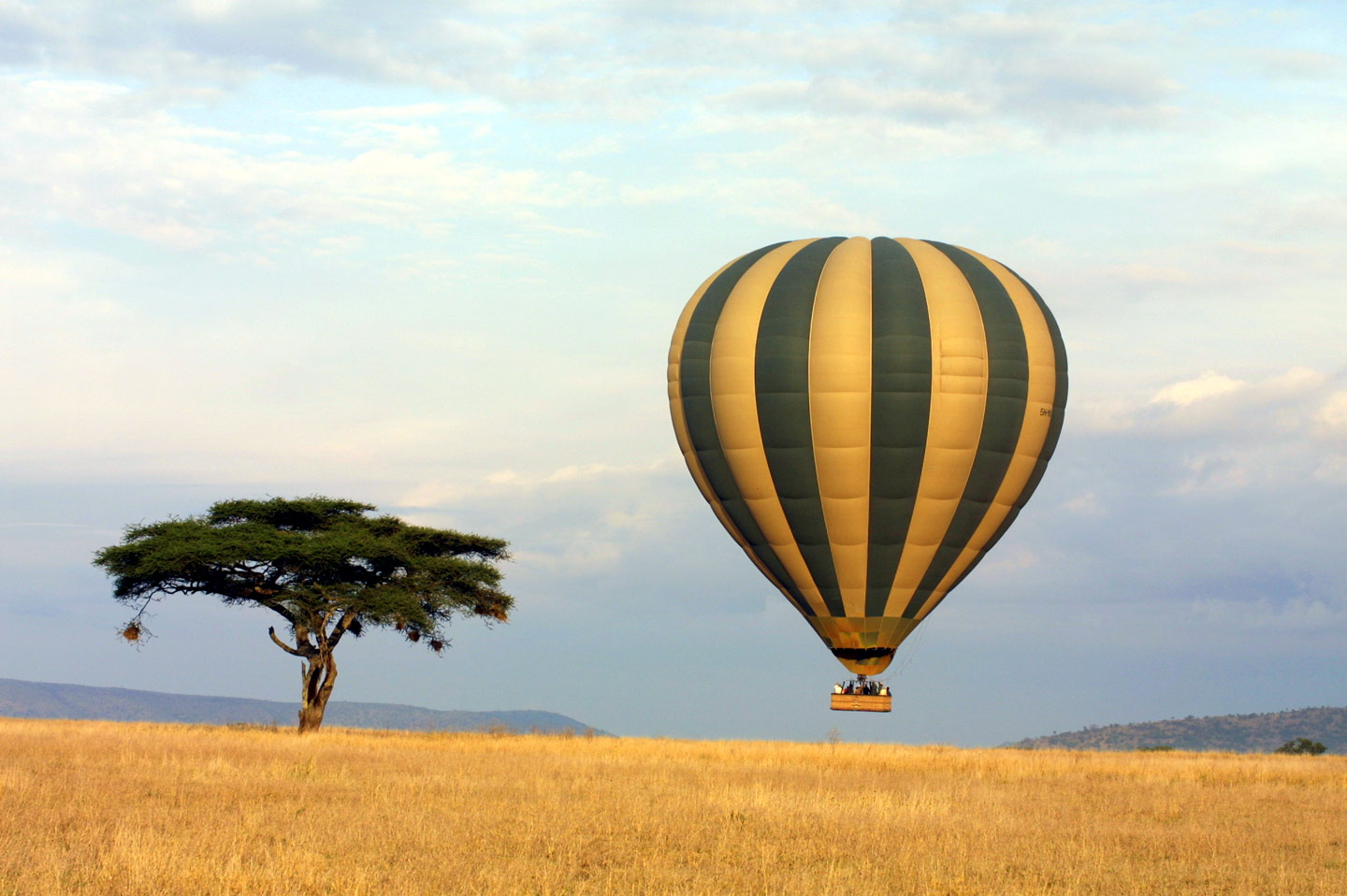 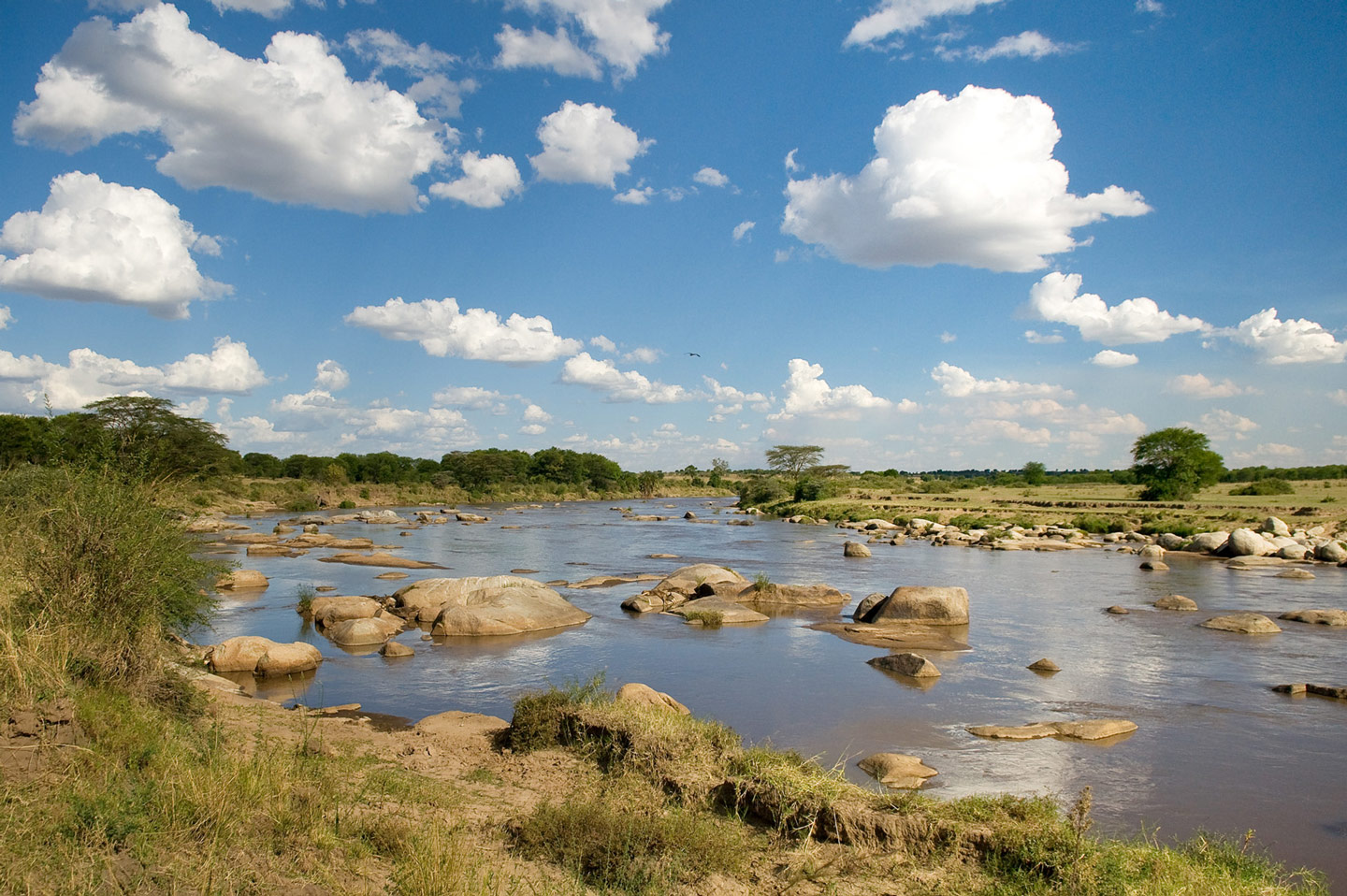 Far from the more popular northern safari circuit, Ruaha National Park and Nyerere National Park are among the most remarkable wilderness areas in Tanzania. Located in the heart of the country, Ruaha is a wild and partially unexplored park, renowned for its diversity, dramatic sceneries and many predators. Just 200 km west of Dar Es Salaam, Nyerere National Park is the largest national park in Tanzania. Like Ruaha it is a perfect destination for walking safaris and in addition you can do boat safaris on the Rufiji River. 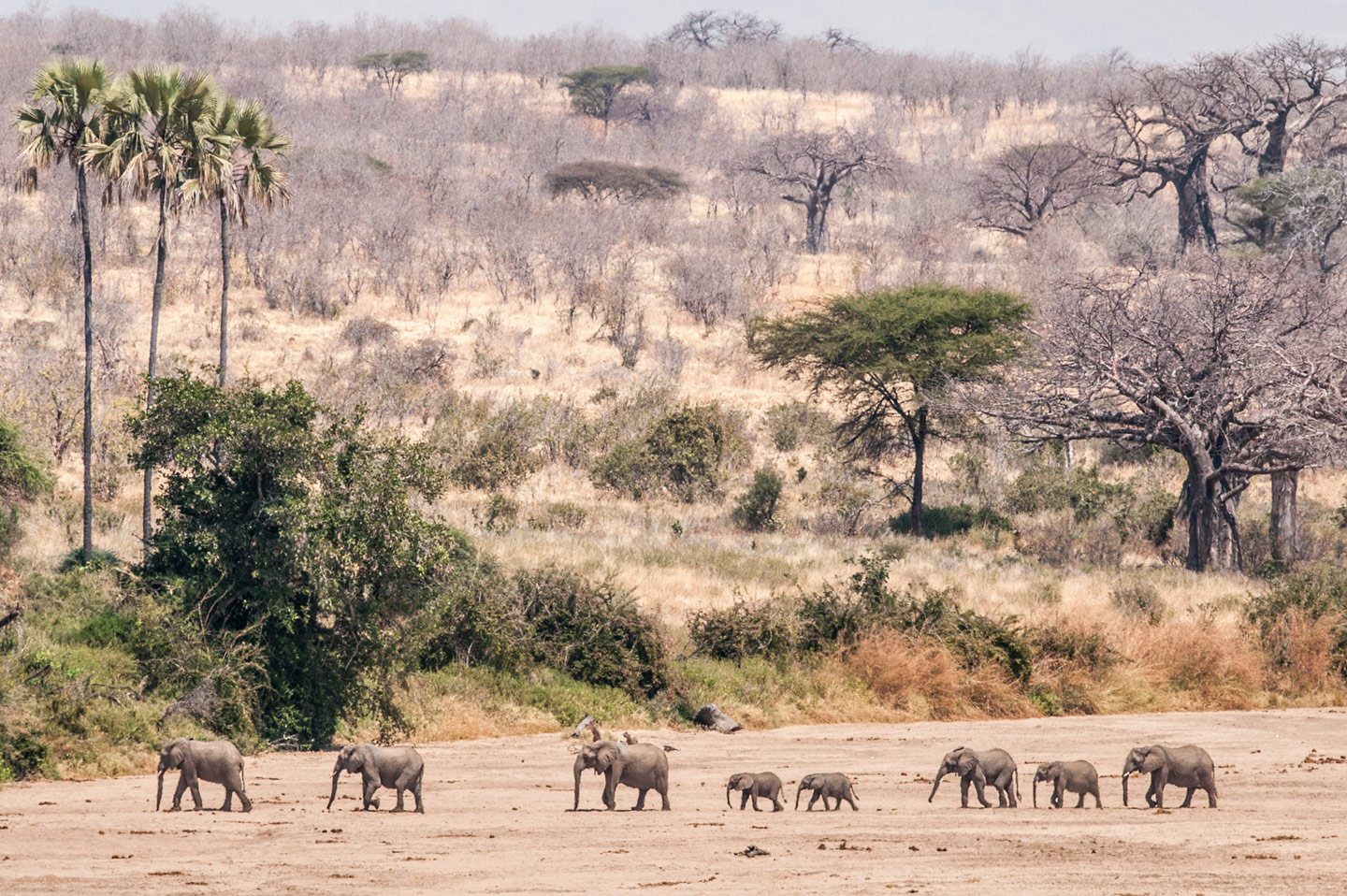 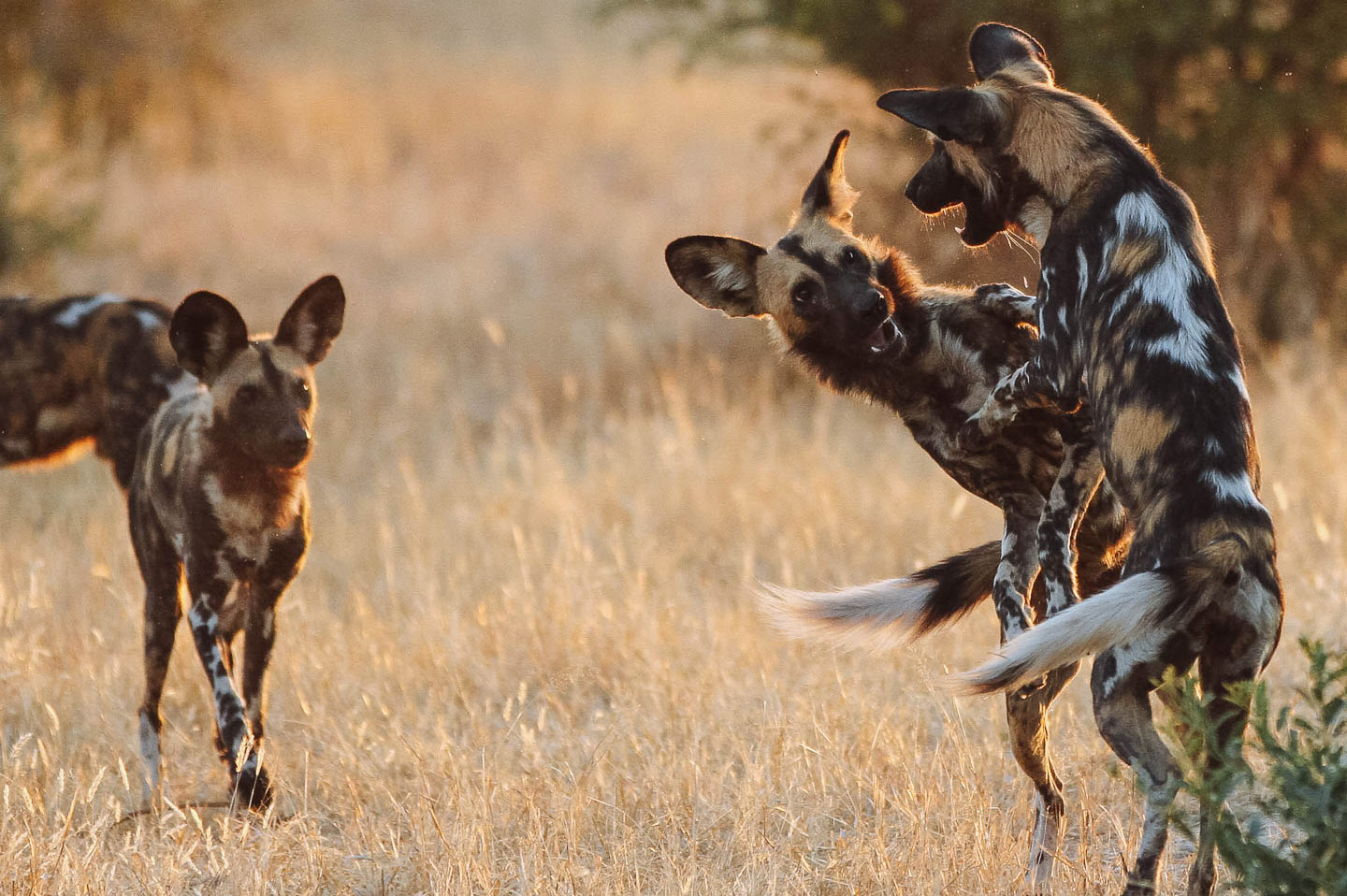 673 km long and up to 1,470 mt deep, Lake Tanganyika is the longest and the second deepest in the world. Set on its jungle-fringed shores, Gombe and Mahale National Parks are home to some of the last remaining wild chimpanzees in Africa, which can be tracked on foot and observed at close quarters. Gombe was made famous by Dr. Jane Goodall and her pioneering research on chimpanzee. Further East Katavi is one of the most remote and unspoiled parks in Tanzania, home to large numbers of elephants, buffalos, hippos and crocodiles. 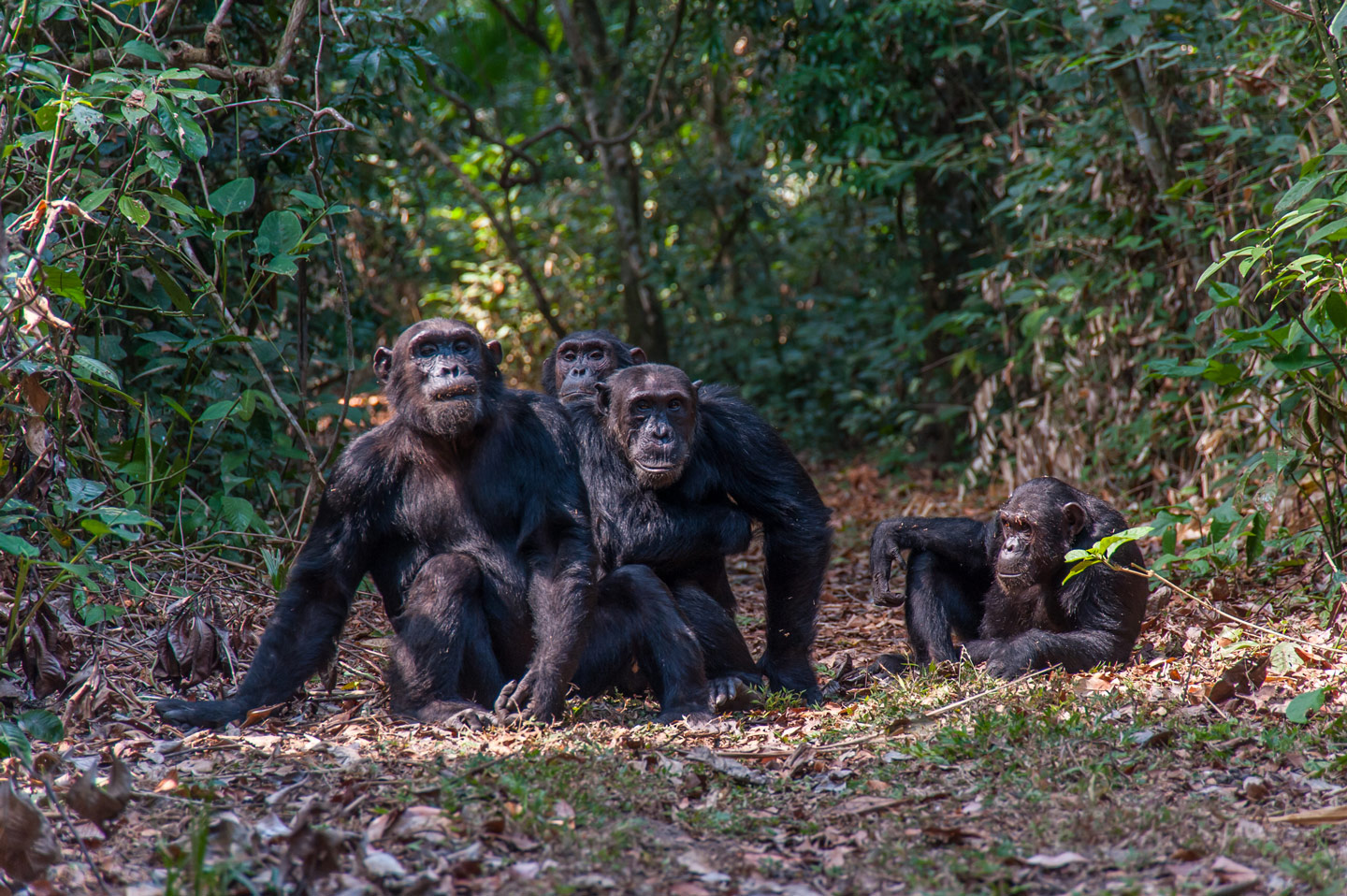 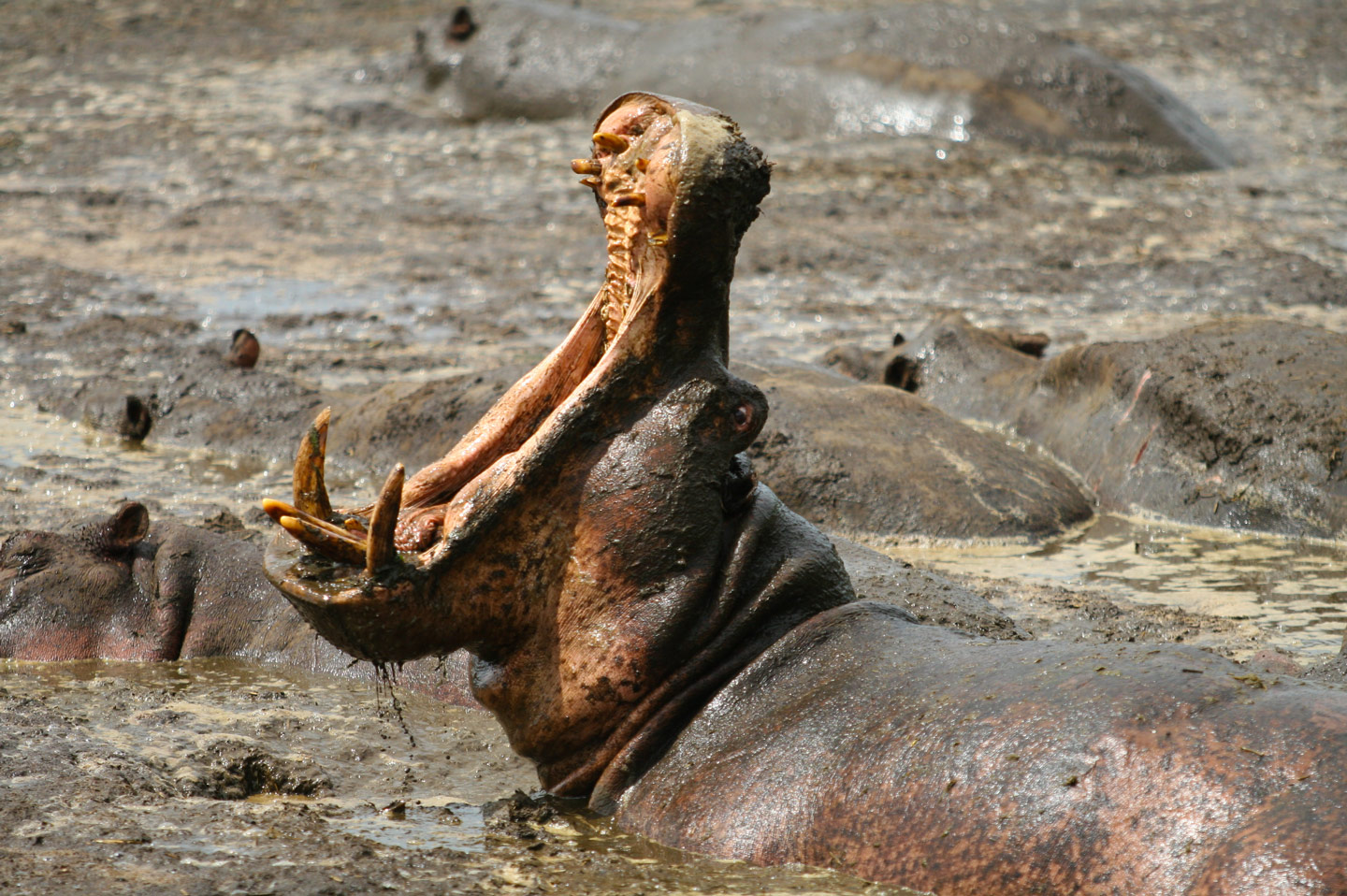 Comprising Zanzibar, Pemba, Mafia and a number of smaller, more exclusive islands just off Tanzania’s coast, the Zanzibar Archipelago offers a fascinating combination of palm-lined beaches, turquoise waters, pristine reefs and Swahili culture. Once gateway to East Africa and its main commercial centre, the “Spice Island” of Zanzibar is a tropical paradise steeped in history and culture as shown by the old buildings of Stone Town, its capital city. This is the perfect beach destination where to escape and relax after a safari. 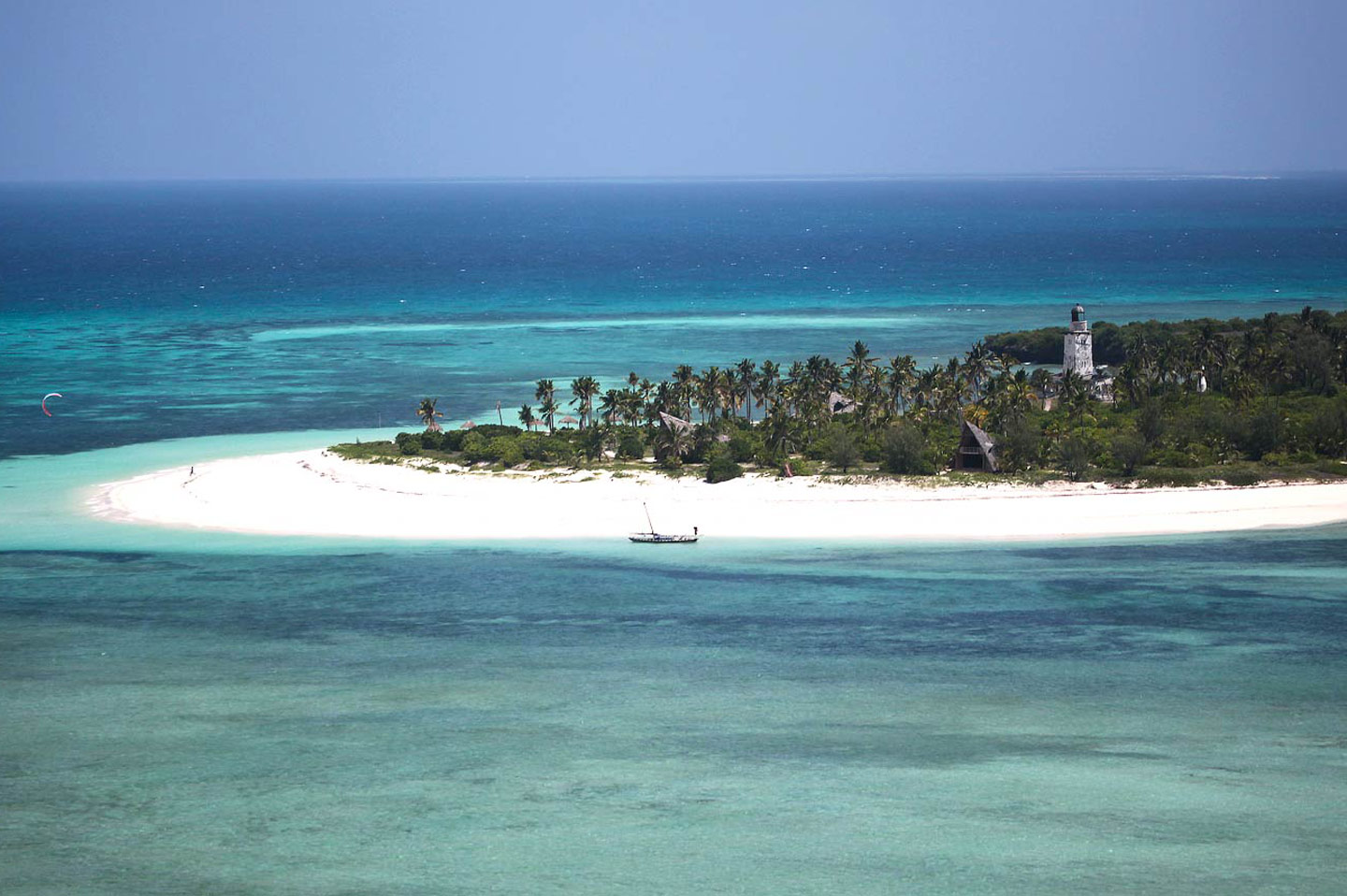 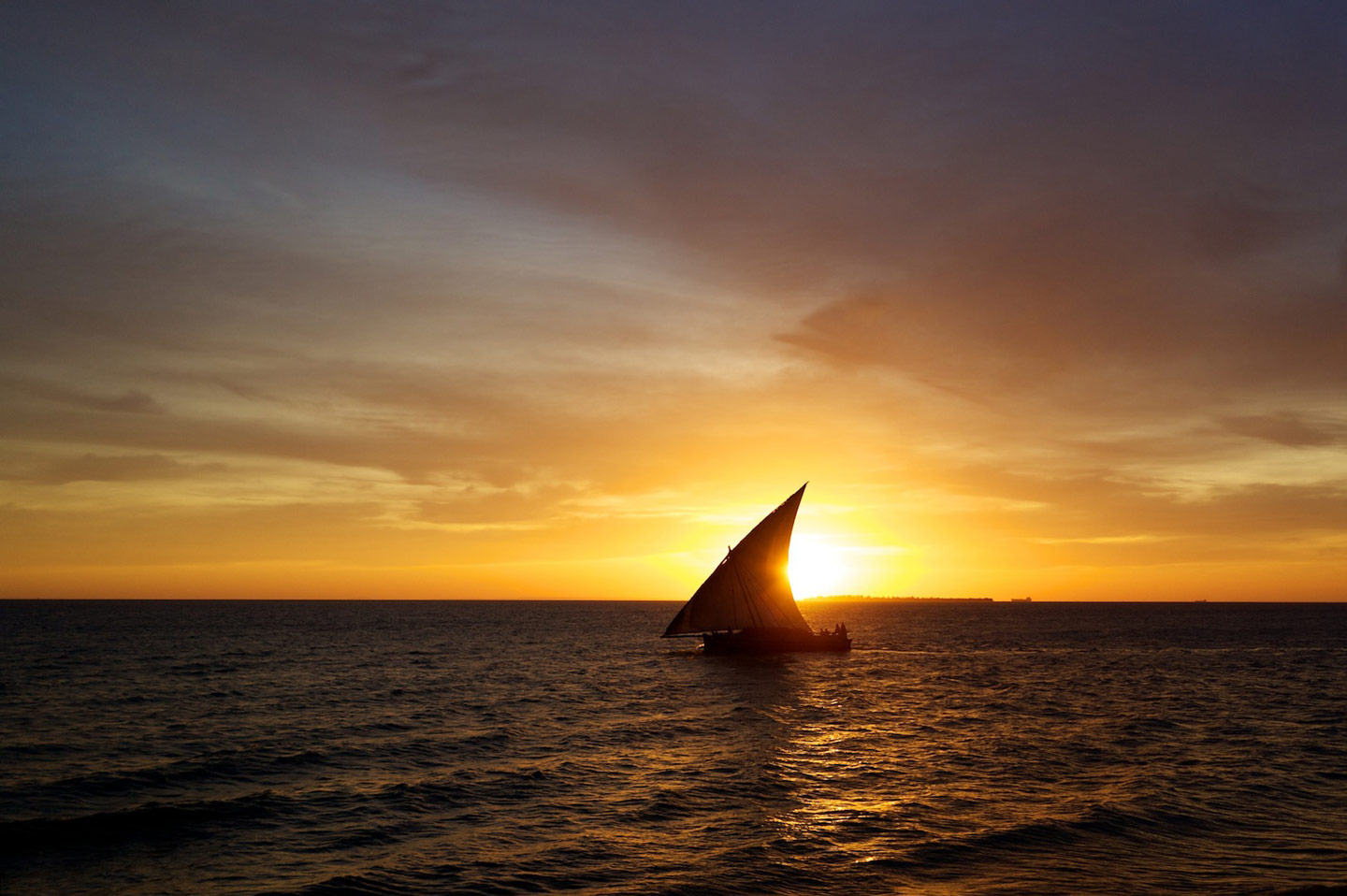