"Renowned for the gorilla trekking, Uganda actually offers an all-round safari experience which includes classic game drives and some of the best birdwatching opportunities in East Africa."

The Bwindi impenetrable forest and the namesake park, home to almost half the population of mountain gorillas in the wild.

The tree climbing lions at Ishasha and the aquatic wildlife along the Kazinga Channel in the Queen Elizabeth National Park.

The rare shoebill, one of the 1,061 bird species in Uganda, lives in the Mabamba and Semliki swamps.

Kibale Forest National Park is home to 13 primate species, including chimpanzee, and to the elusive forest elephant.

Boat and walking safaris in the Lake Mburo National Park, one of the smallest and most picturesque parks in Uganda.

Uganda is a landlocked country lying on a fertile plateau in the heart of the Great Lakes region in East Africa. The geography of the country is incredibly varied. The western border is marked by the Albertine Rift Valley, where Rwenzori Mountains and volcanic lakes Albert and Edward are located. To the North the central plateau slopes down towards South Sudan in a semi-desert region, while the South is heavily influenced by Lake Victoria, Africa’s largest lake.

After independence in 1962 and the terrible years of dictatorship by Obote and Amin, Uganda has slowly recovered and opened to the world, becoming a more stable, dynamic and prosperous country. Nicknamed “the Pearl of Africa” by Winston Churchill because of its beauty, Uganda features a great variety of habitats and a very rich wildlife protected by 10 national parks. Amongst them the most famous is Bwindi Impenetrable National Park, located in the south-western corner of the country, whose ancient rainforest is home to almost half the world population of mountain gorillas. Further North in the Kibale Forest National Park it is possible to track no less than 13 primate species, including the chimpanzee. However Uganda is not just lush rainforests and exciting encounters with primates. In the scenic Queen Elizabeth National Park craters, gorges, rivers and lakes alternate with savannah plains home to elephants, buffalo, antelopes and tree-climbing lions. In the backdrop the Rwenzori Mountains range, the so-called “Mountains of the Moon”, stands out and it is a heaven for trekkers. The Victoria Nile and the majestic Murchison Falls enhance the picture of a primary destination in its own right, unique in Africa, that is not second to the nearby and more celebrated Kenya and Tanzania.

The park covers an area of 321 km² of rainforest dated back 25,000 years on the edge of the Albertine Rift Valley. The area was declared national park in 1991 to preserve its exceptional biodiversity, which includes 400 plants species, 350 bird species and 120 mammal species among which there is the main attraction of the park: the mountain gorilla. The park is now home to a population of about 400 gorillas, with some groups that are habituated to humans and can be observed at close quarters during exciting gorilla trekking in the forest. 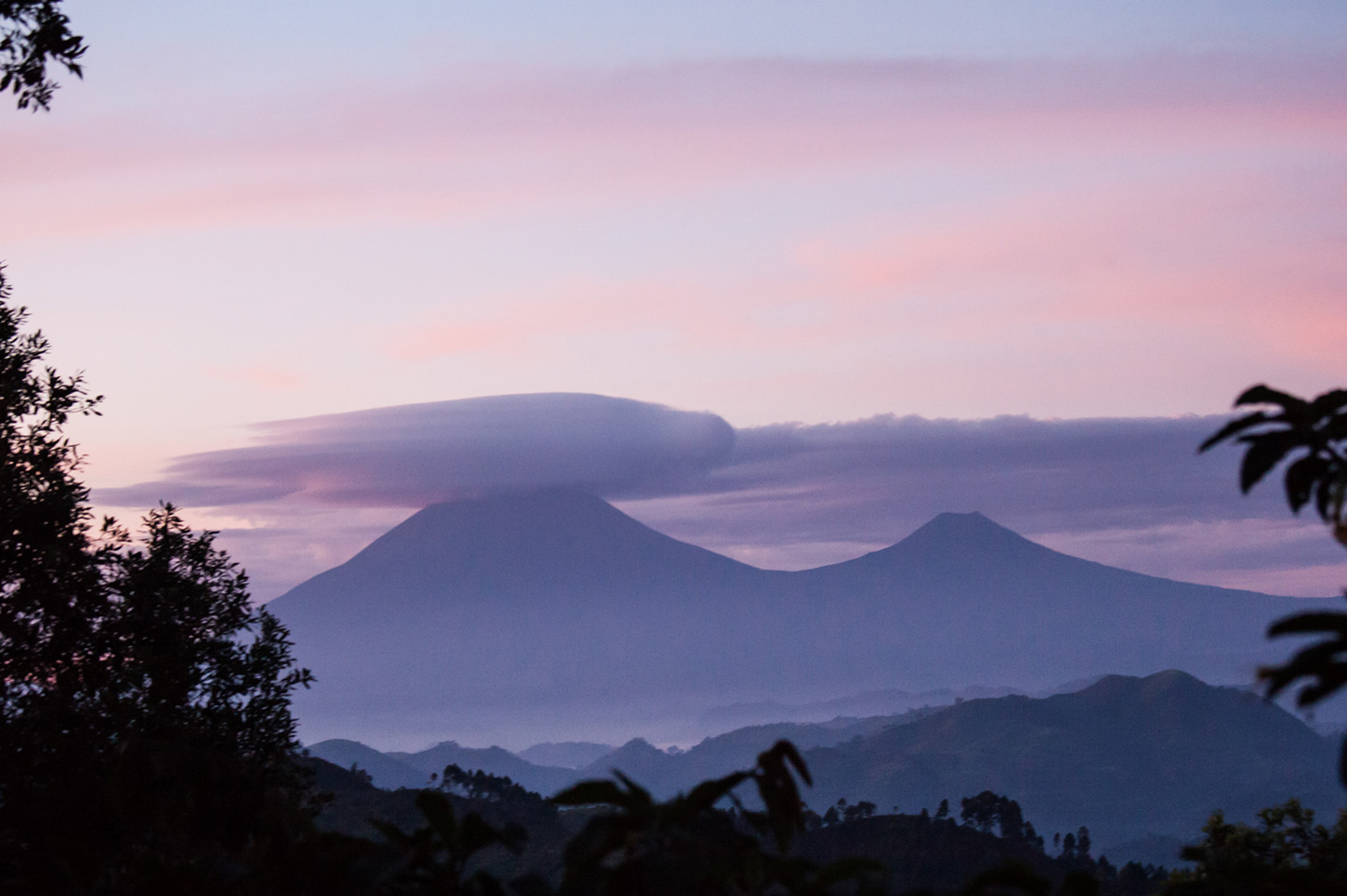 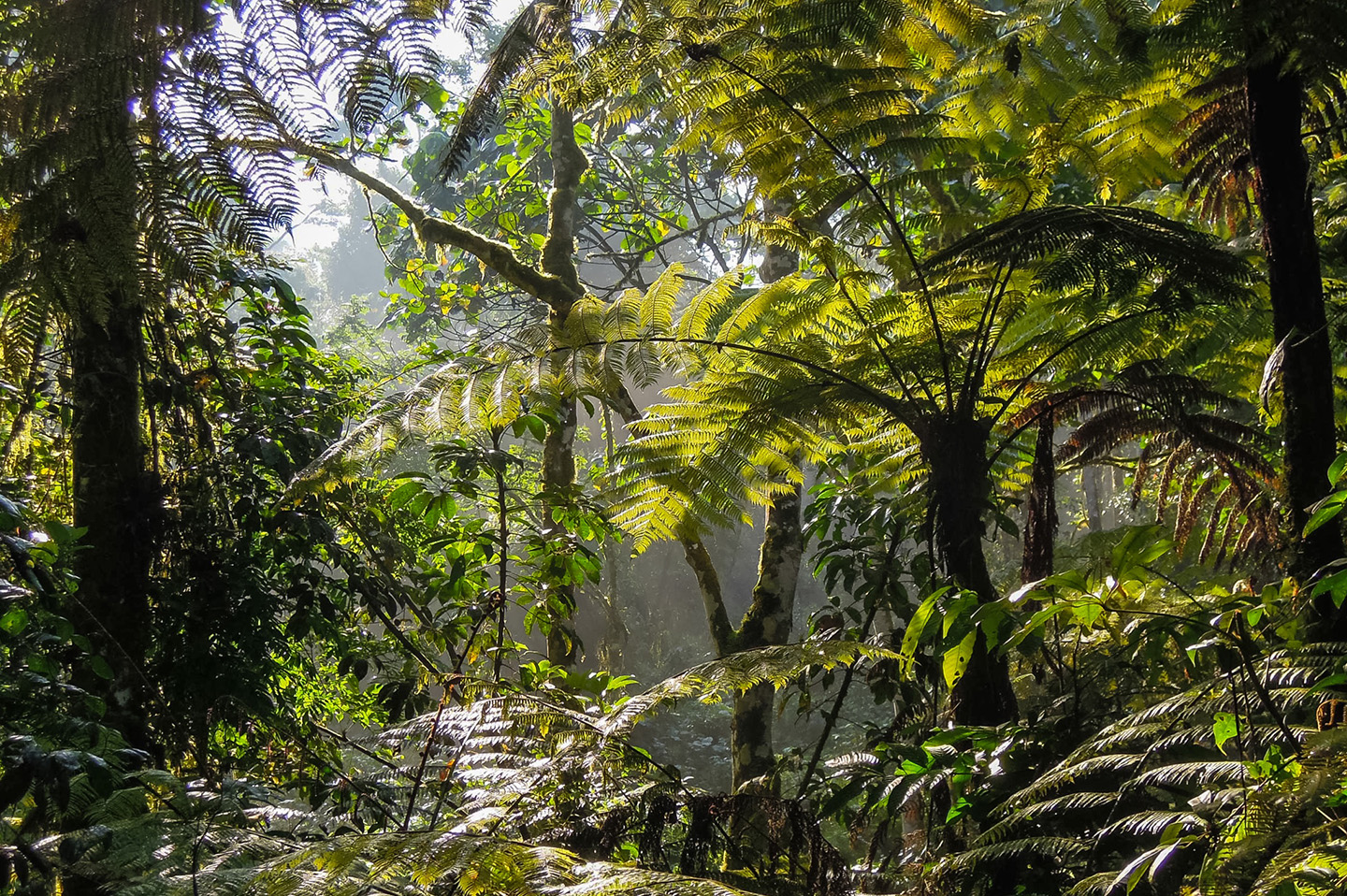 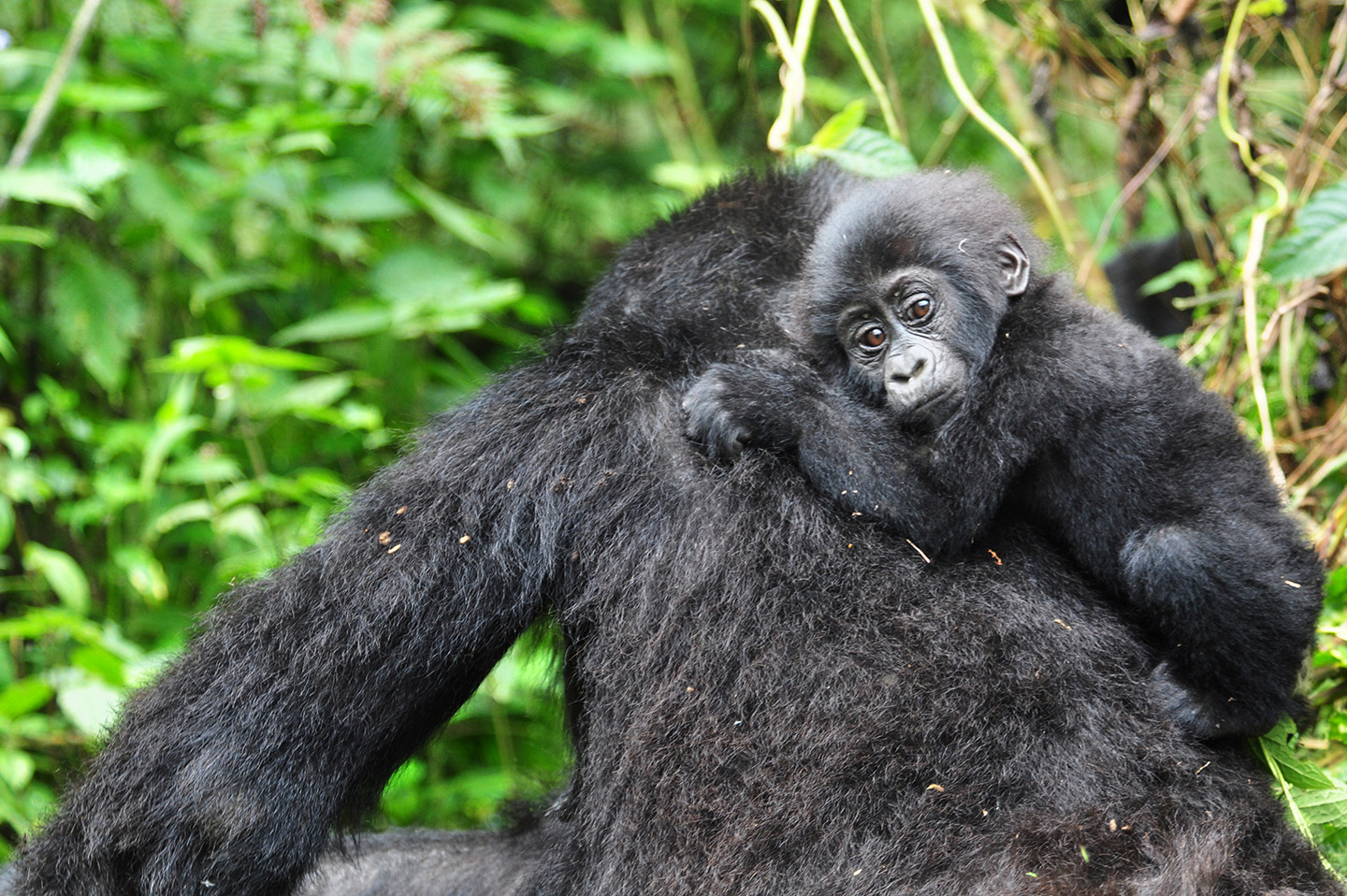 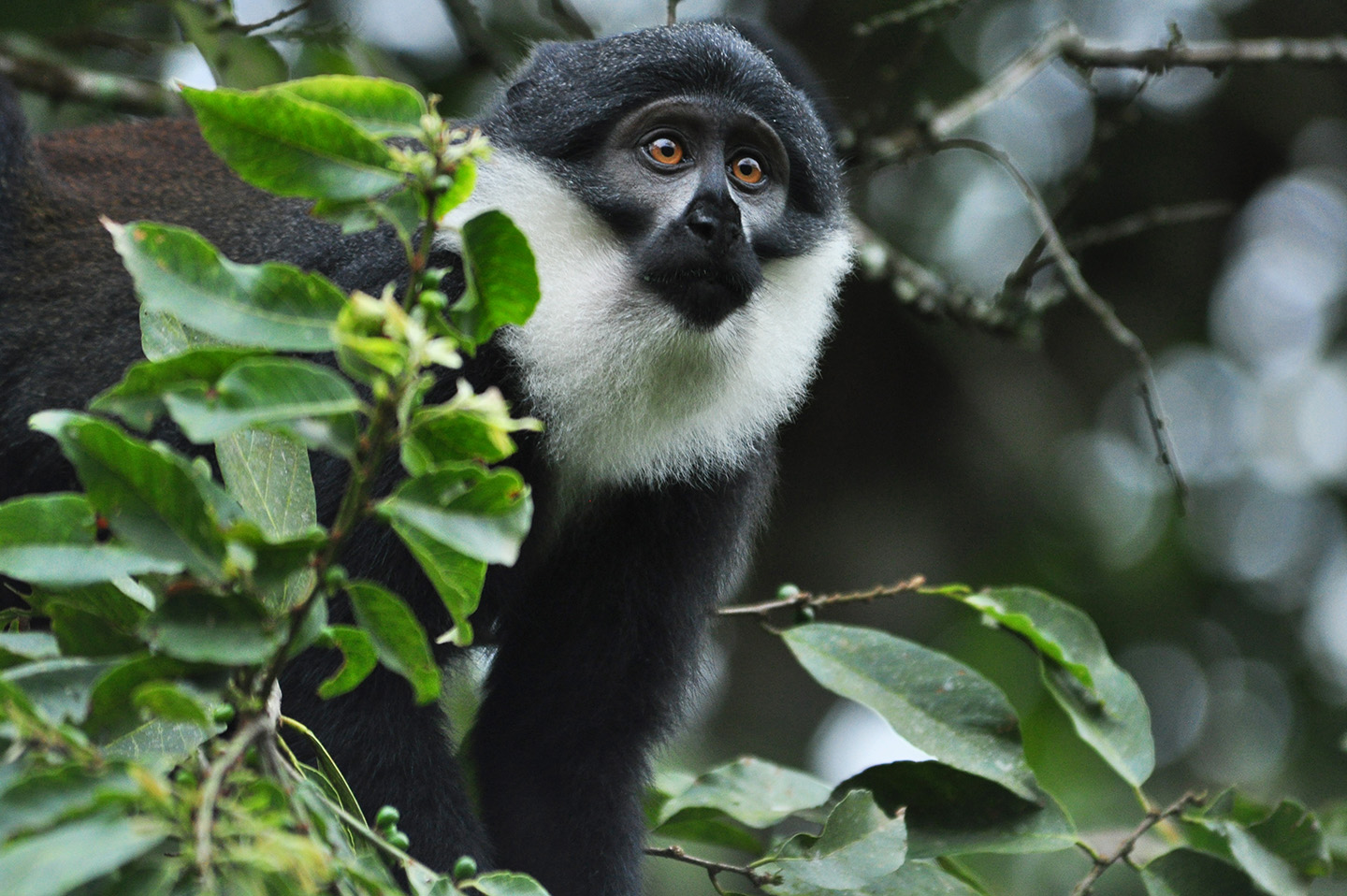 Located about 320 km West of Kampala, Uganda's capital, Kibale National Park covers 795 km² of rainforest interspersed with patches of savannah and swamps. The park was created in 1993 to protect a large area of forest previously used for timber. The diversity and concentration of primates in Kibale is the highest in East Africa, including a population of about 1,000 chimpanzees. Kibale National Park is most famous for the chimpanzee trekking, but it is also home to other 12 primate species such as the red colobus and the L’Hoest’s monkey. 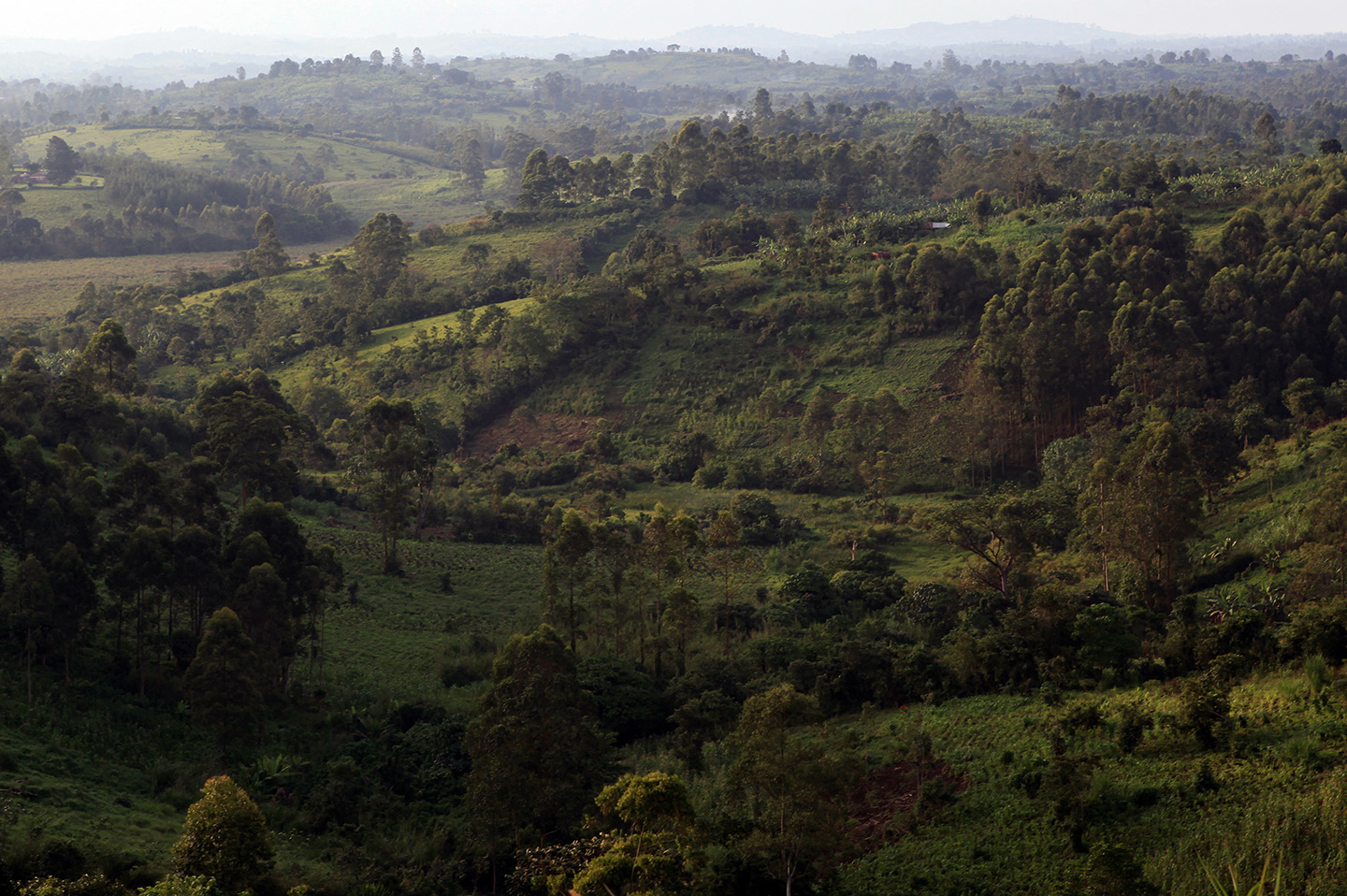 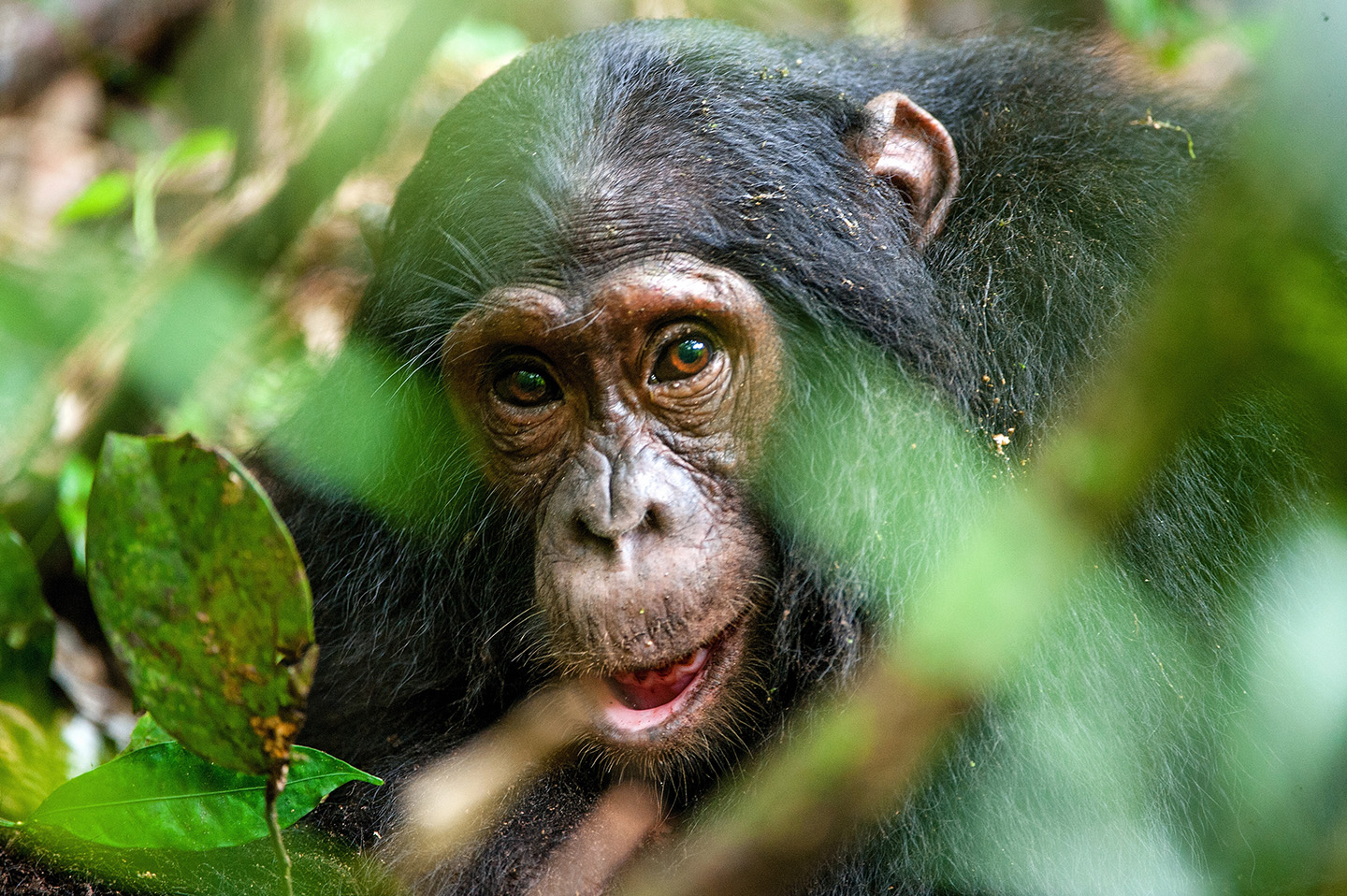 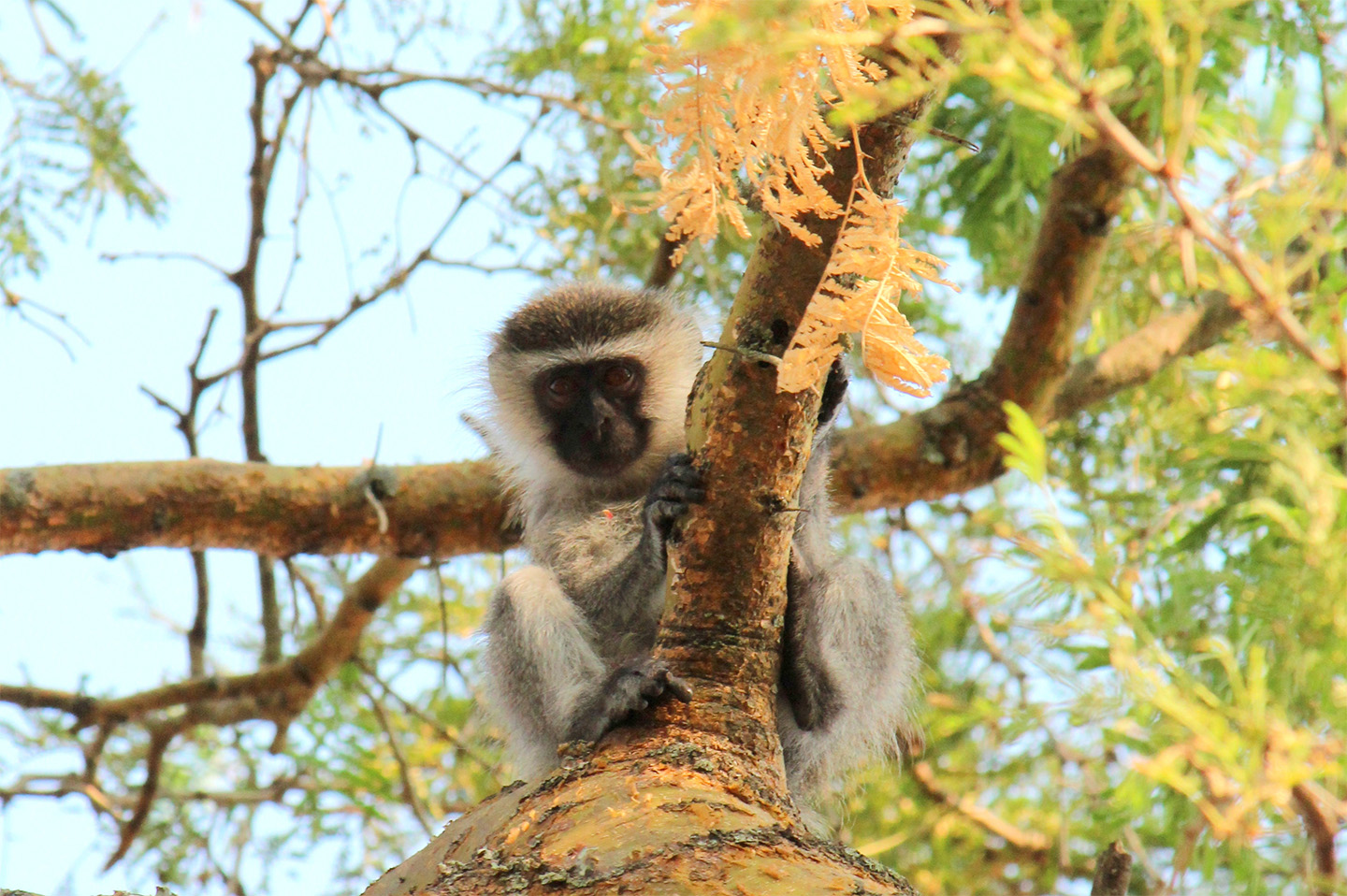 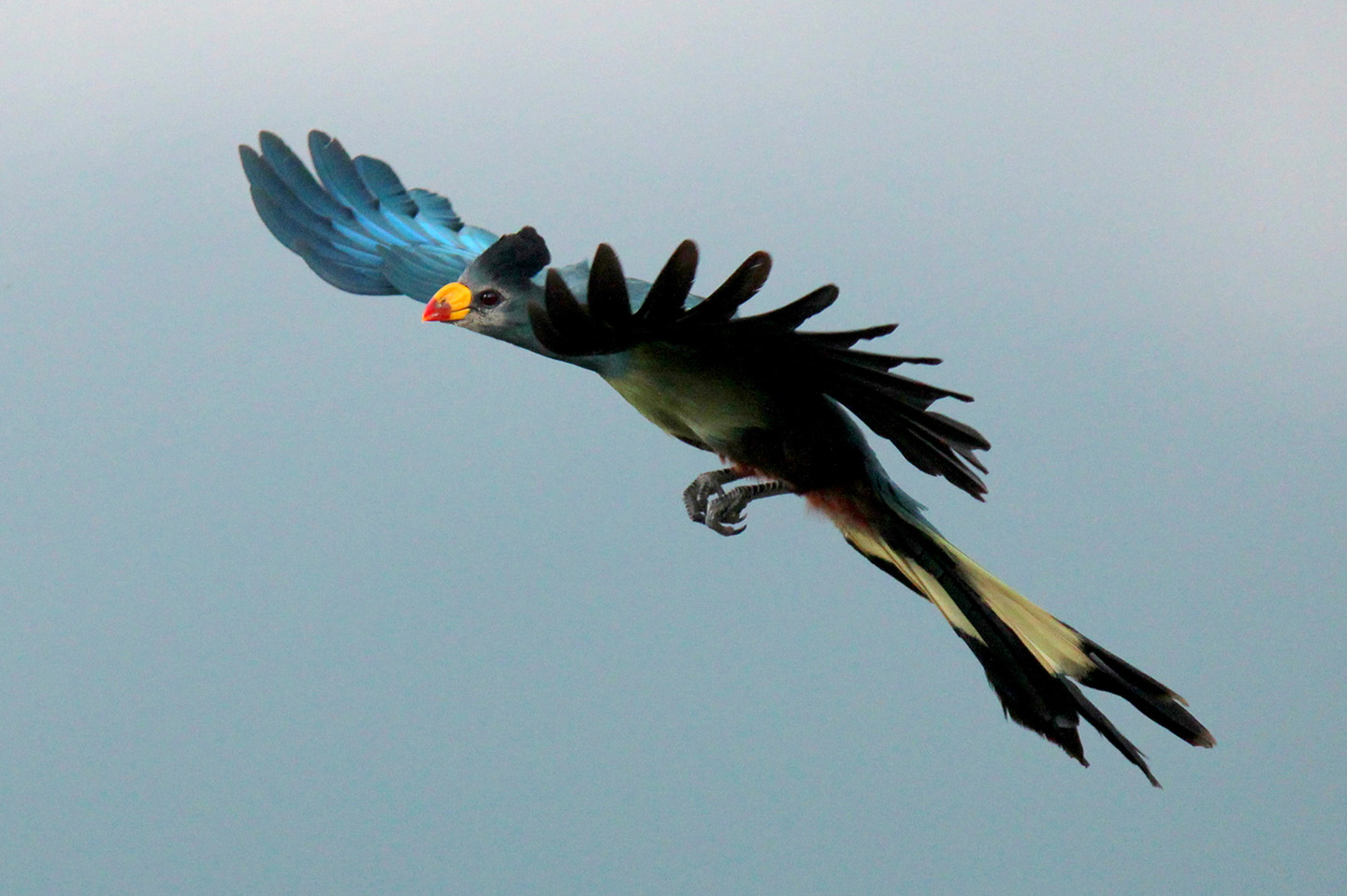 Dominated by Lake Mburo, it is one of the smallest national parks in Uganda and underlaid by metamorphic rocks more than 500 million years old. Together with 13 other lakes in the region, Lake Mburo forms part of a 50km-long wetland system linked by swamps. Five of these lakes lie within the park’s borders. Even if it covers 370 km² only, Lake Mburo National Park features a great variety of habitats and it is home to buffalo, zebra, several antelope species, hippo, leopards and 350 bird species. 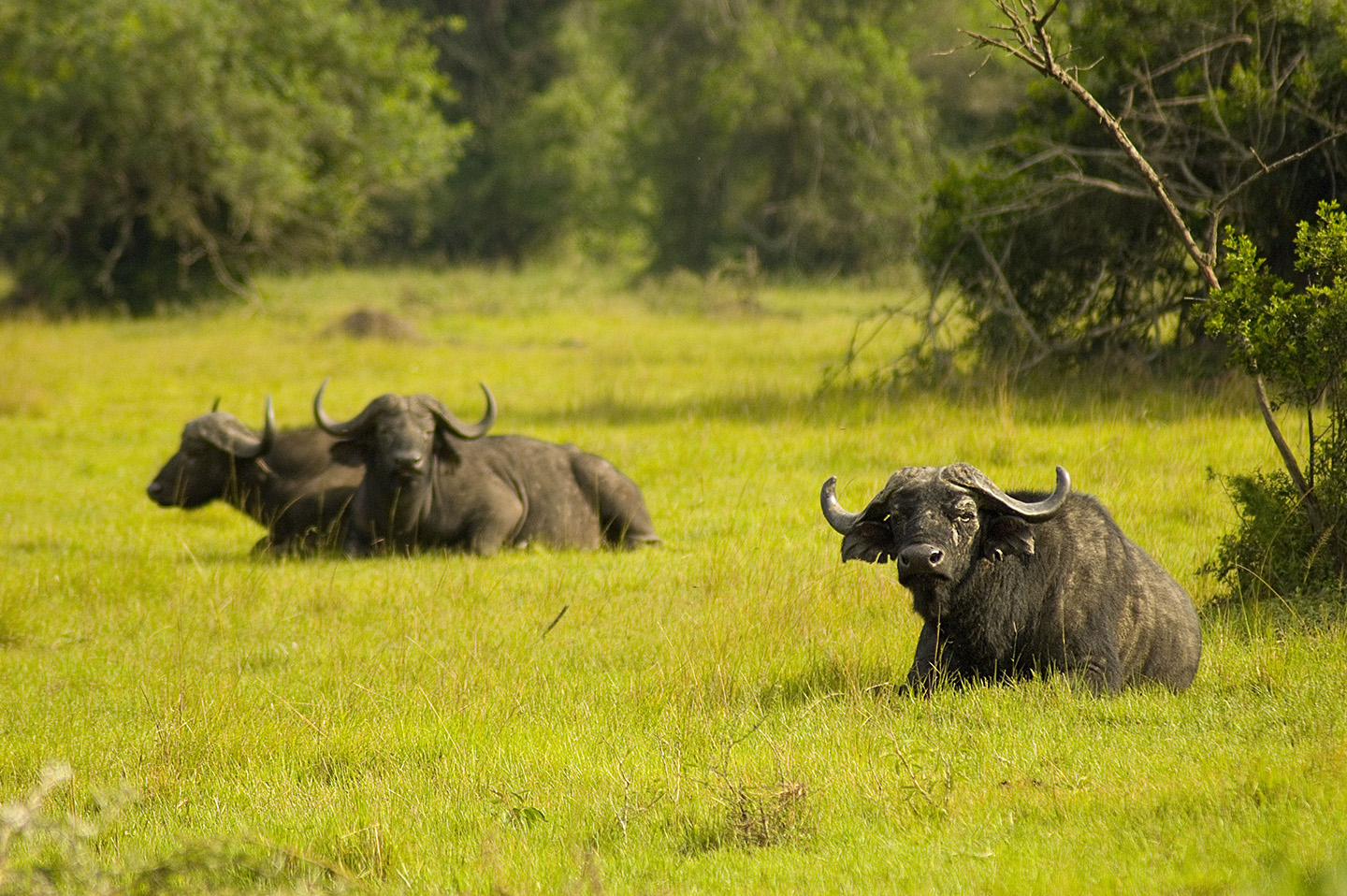 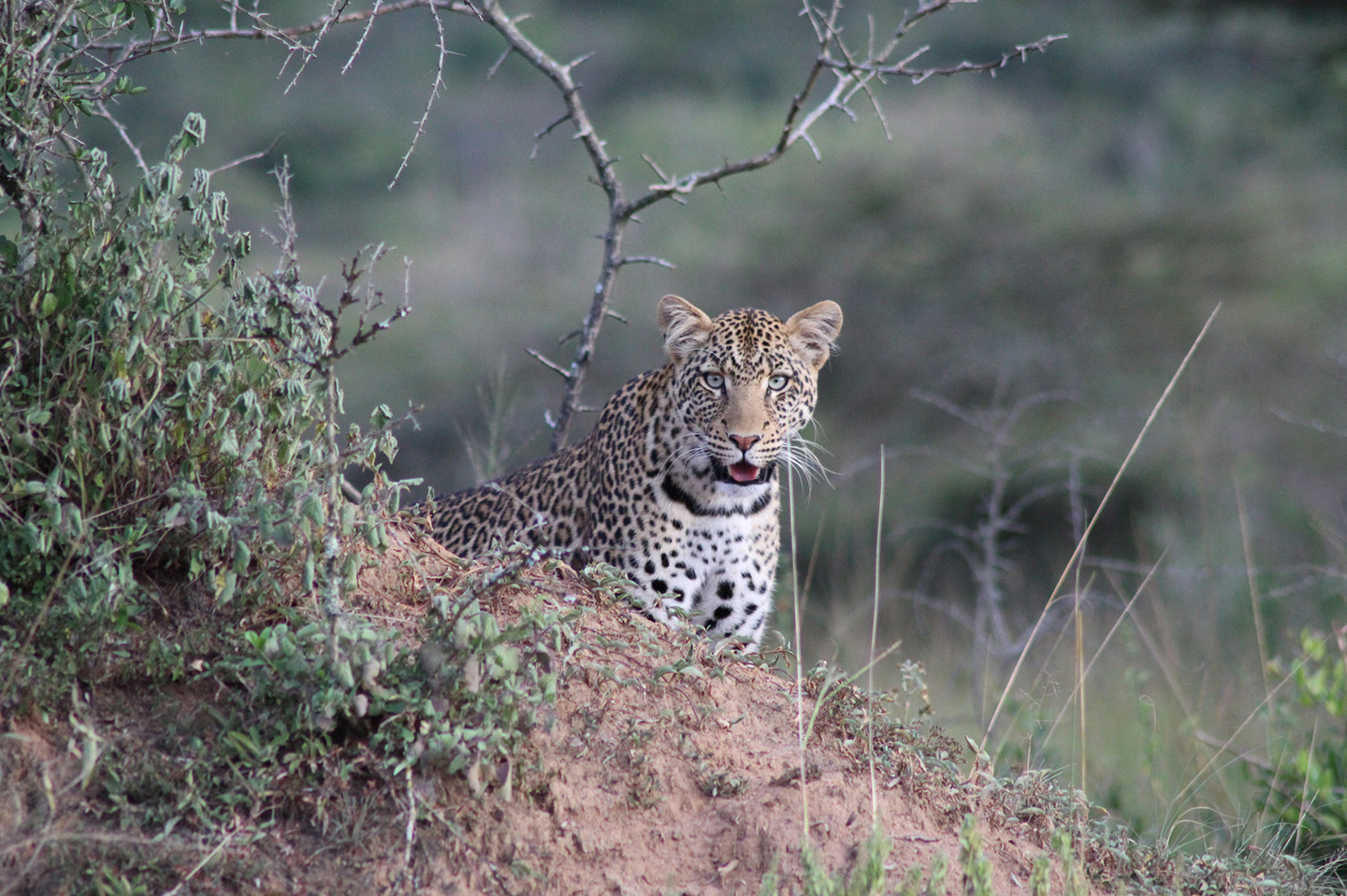 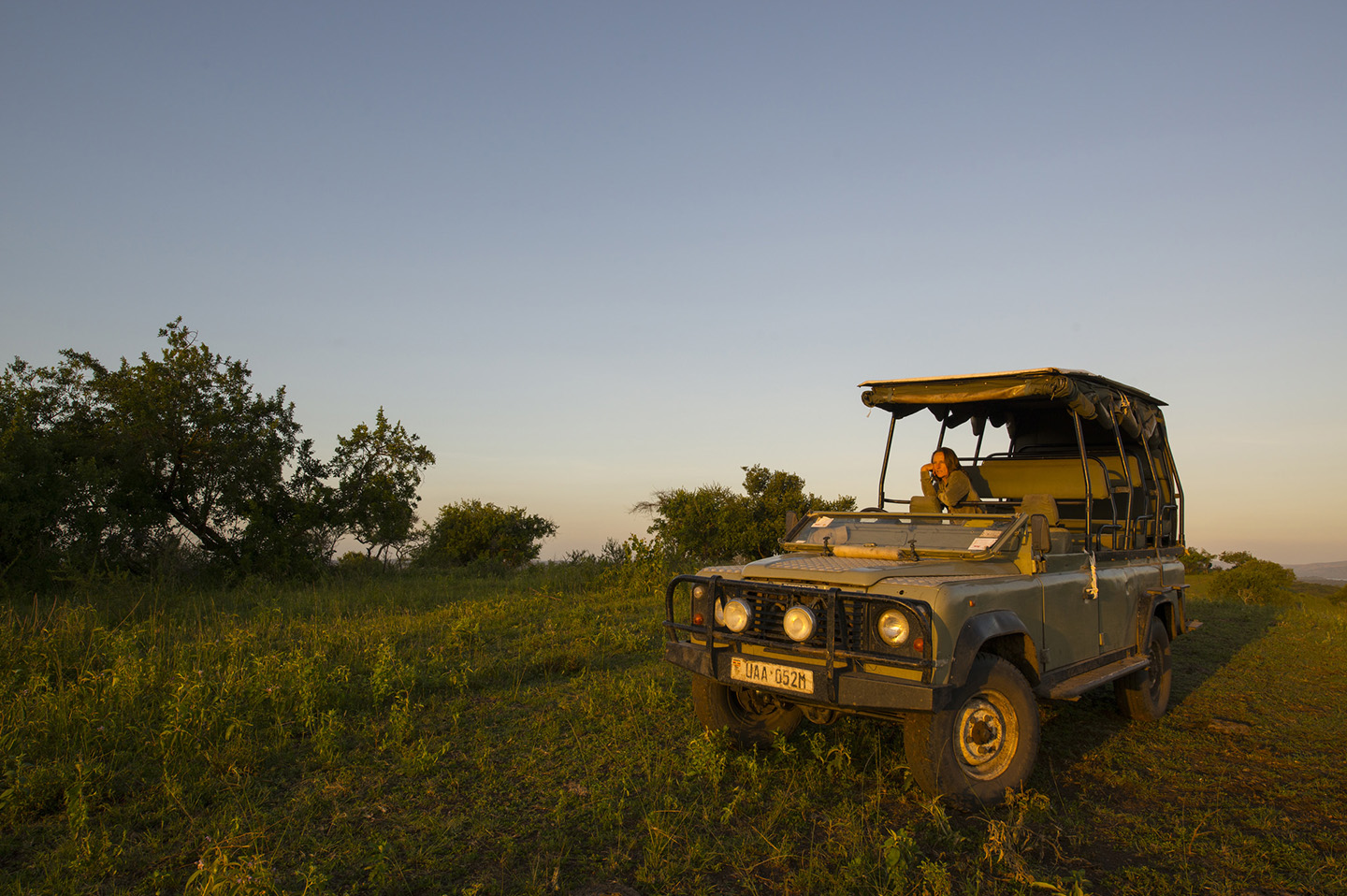 Established in 1926, Murchison Falls National Park is Uganda’s largest and oldest reserve. The park covers an area of 3,893 km² at the northern end of the Albertine Rift Valley and it is bisected by the Victoria Nile, which after 80 km of white-water rapids plunges 45 mt. to form the spectacular Murchinson Falls. In this stretch of river it is possible to go on boat safaris to view the falls and the rich wildlife of the park, which includes 76 mammal species and 451 bird species. Here it is also possible to fish for the huge Nile perch. 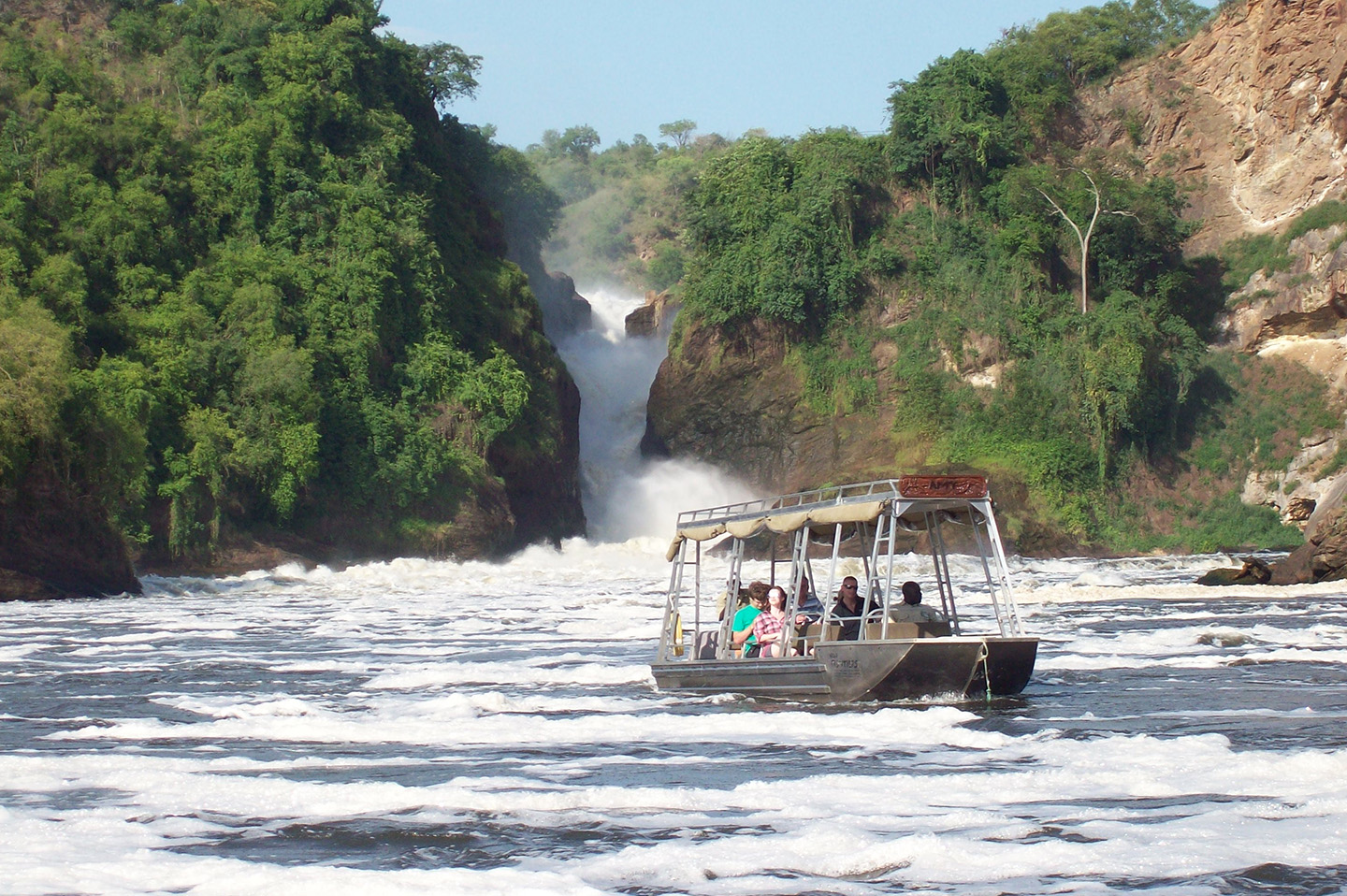 Queen Elizabeth National Park is Uganda's most popular park and certainly one of the most scenic. It stretches from Rwenzori Mountains along the shores of Lake Edward to the Ishasha River, incorporating a wide variety of habitats. The park hosts 95 mammal species and over 600 bird species. The Ishasha plains teem with grazing herbivores and hide the famous tree-climbing lions. Along the Kazinga Channel elephants, hippo and crocodiles can be observed, while the Kyambura Gorge forest is home to chimpanzees and other primates. 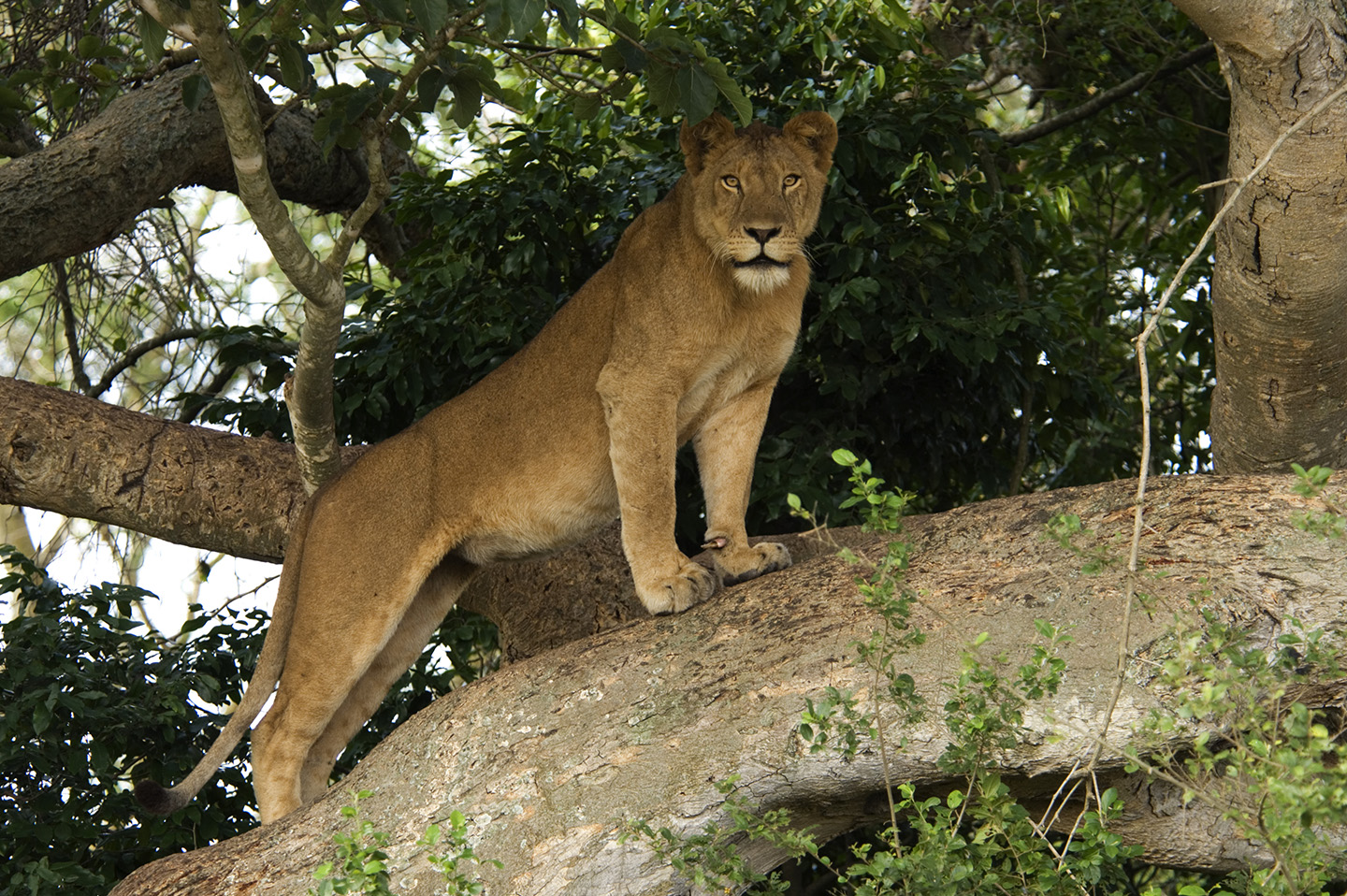