"After years of instability, now Zimbabwe is a safe, off the beaten tracks destination where the fascination of ancient civilizations meets the beauty of some of the most pristine wilderness areas in Africa."

The diversity of habitats and the incredible wildlife of Hwange National Park.

The sun setting over the skeleton trees of Lake Kariba.

The majestic Victoria Falls, one of the world’s natural wonders.

The magic of the remote and untouched Gonarezhou National Park.

Expanding between the Zambezi River to the North and the Limpopo River to the South, Zimbabwe is a land-locked country sharing its borders with Botswana, Zambia, Mozambique and South Africa. The central part of the country consists of a plateau featuring savannah, tropical forests and mountains. To the North-East the Zambezi River forms the famous Victoria Falls, one of the “Seven Wonders of the World” and of the largest and most spectacular waterfalls on earth.

Just South of it is Hwange National Park, the largest of the eight national parks, whose deserted habitat typical of the Kalahari is home to some of the country’s largest lion and elephant populations. To the North-East the Zambezi River keeps on flowing along the border between Zimbabwe and Zambia and through Lake Kariba, the biggest man-made lake in the world, renowned for its excellent fishing and wildlife teeming on its southern shores, protected in the Matusadona National Park. Further East, down the Zambezi, Mana Pools National Park is unique for canoe safaris in the river and walking safaris along its shoes, where it is possible to walk among wild animals even without a guide. In the remote south-eastern region, Gonarezhou National Park is famous for its beautiful landscapes and hosts one of Africa’s last stronghold of big tusked elephants. Hallmarks of ancient civilizations like the Great Zimbabwe ruins and the rock paintings at Matobo Hills add to these natural wonders, making Zimbabwe one of the most diverse and interesting countries in Africa, valued by tourist flows constantly growing also thanks to an economical and social situation more and more stable.

On the South-eastern border of the country, Gonarezhou National Park is part of the Great Limpopo Transfrontier Park, a protected area that allows animals to move freely between South Africa, Mozambique and Zimbabwe. Second biggest in the country, the park is known for the Chilojo Cliffs, giant formations of red sandstone, and the forests of mahogany, ironwood and acacia albida. "Place of many elephants" in Shona language, Gonarezhou hosts about 130 mammal species – including lion, leopard and cheetah – and over 500 bird species. 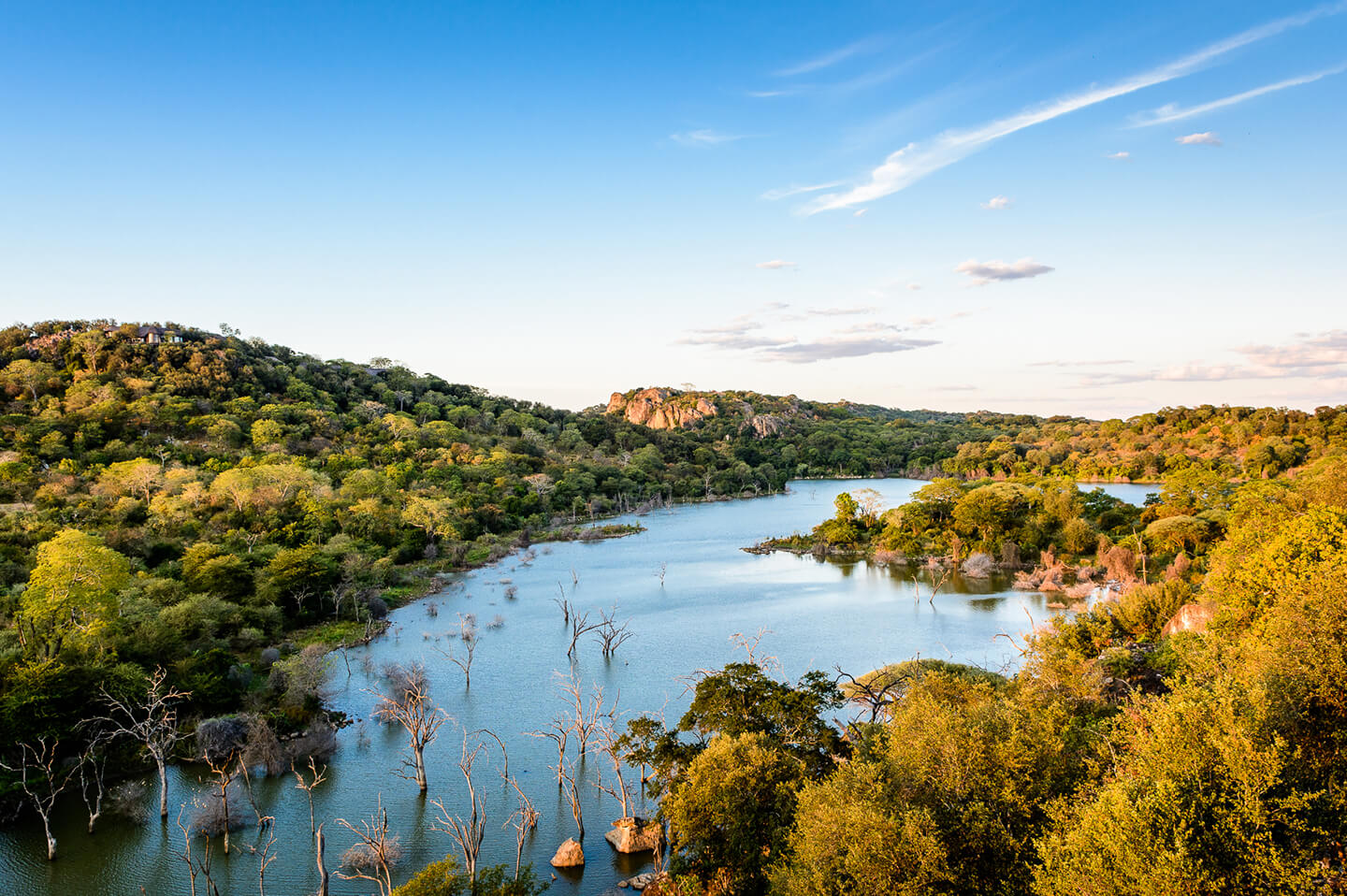 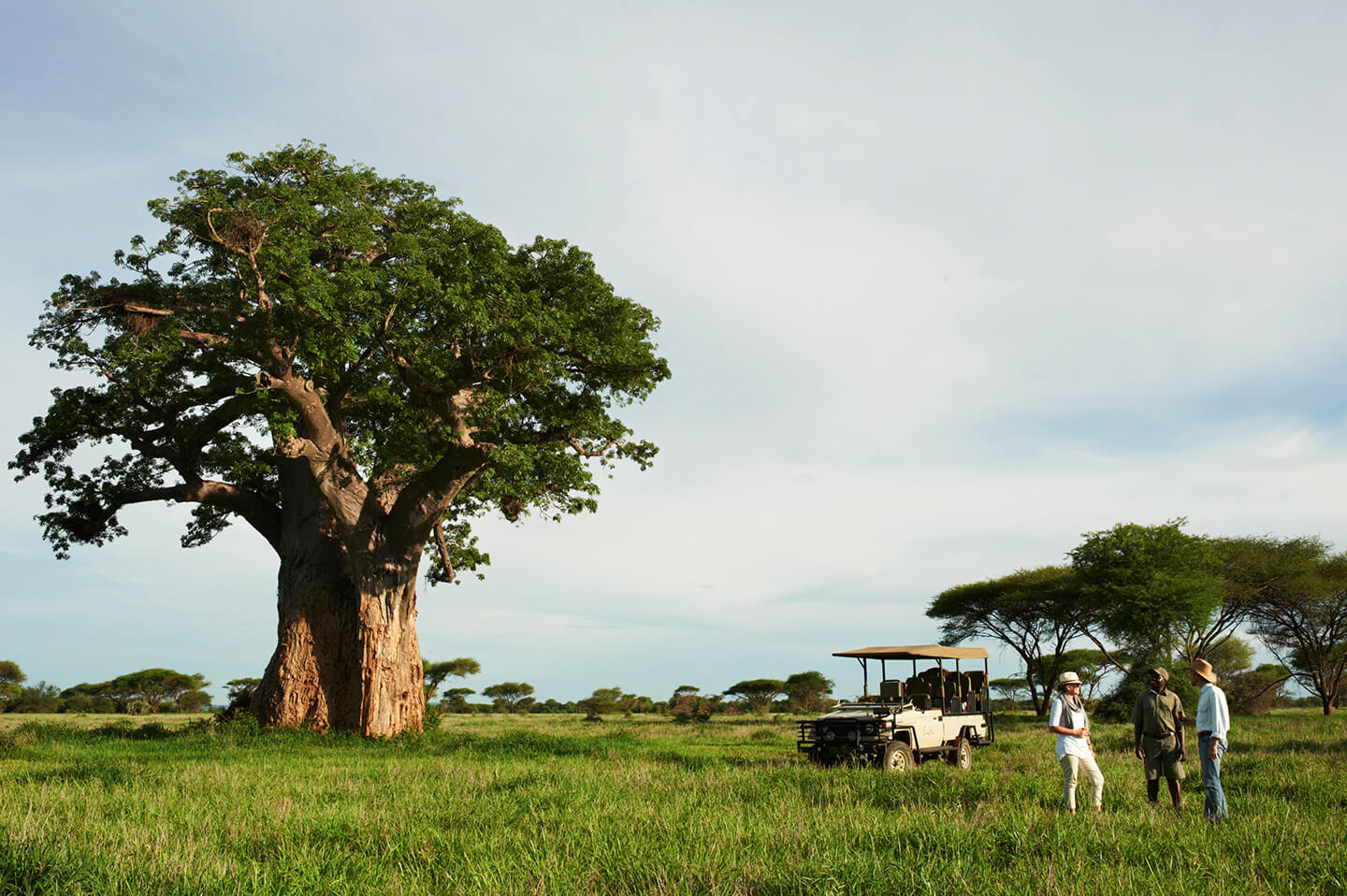 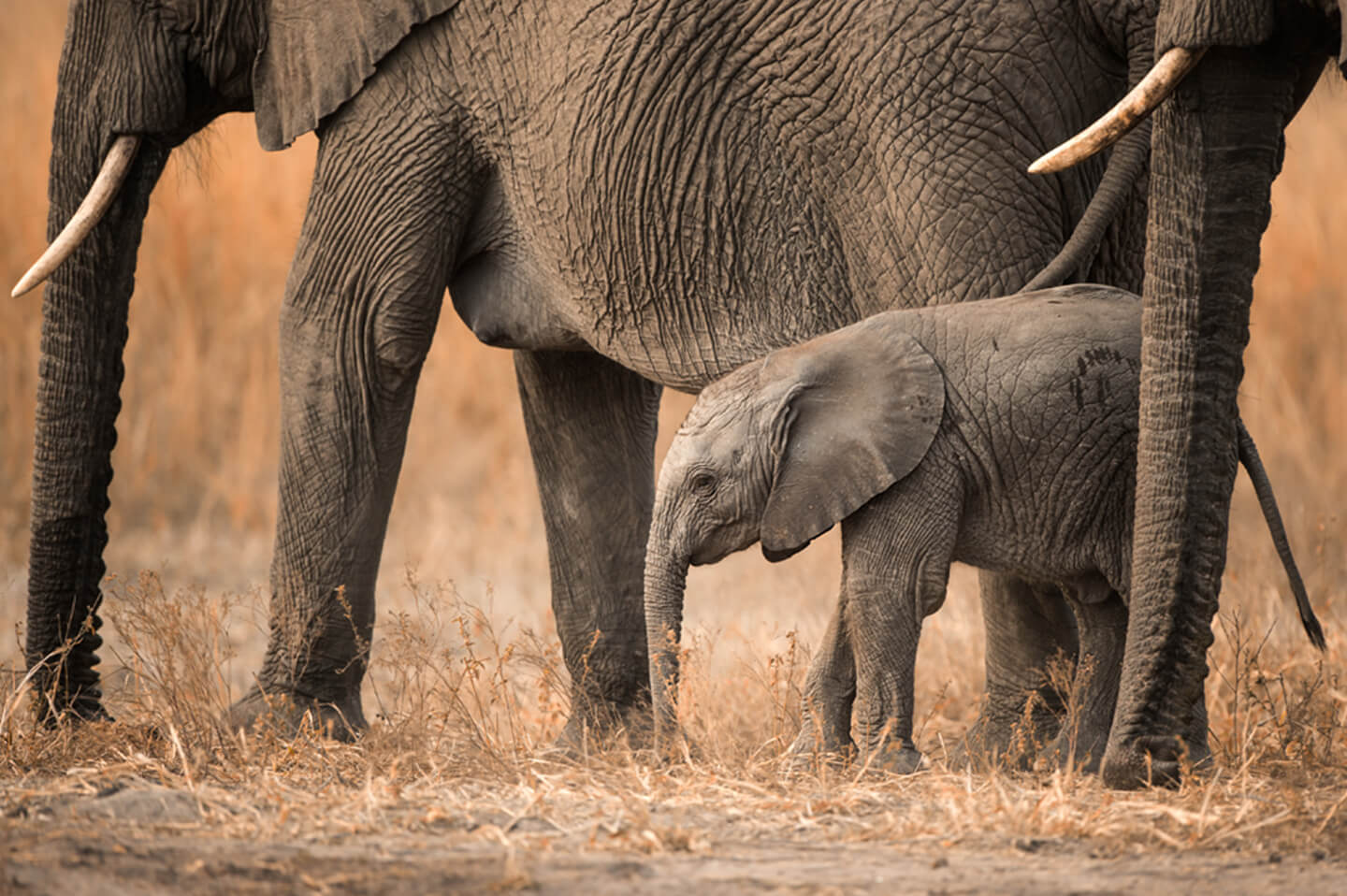 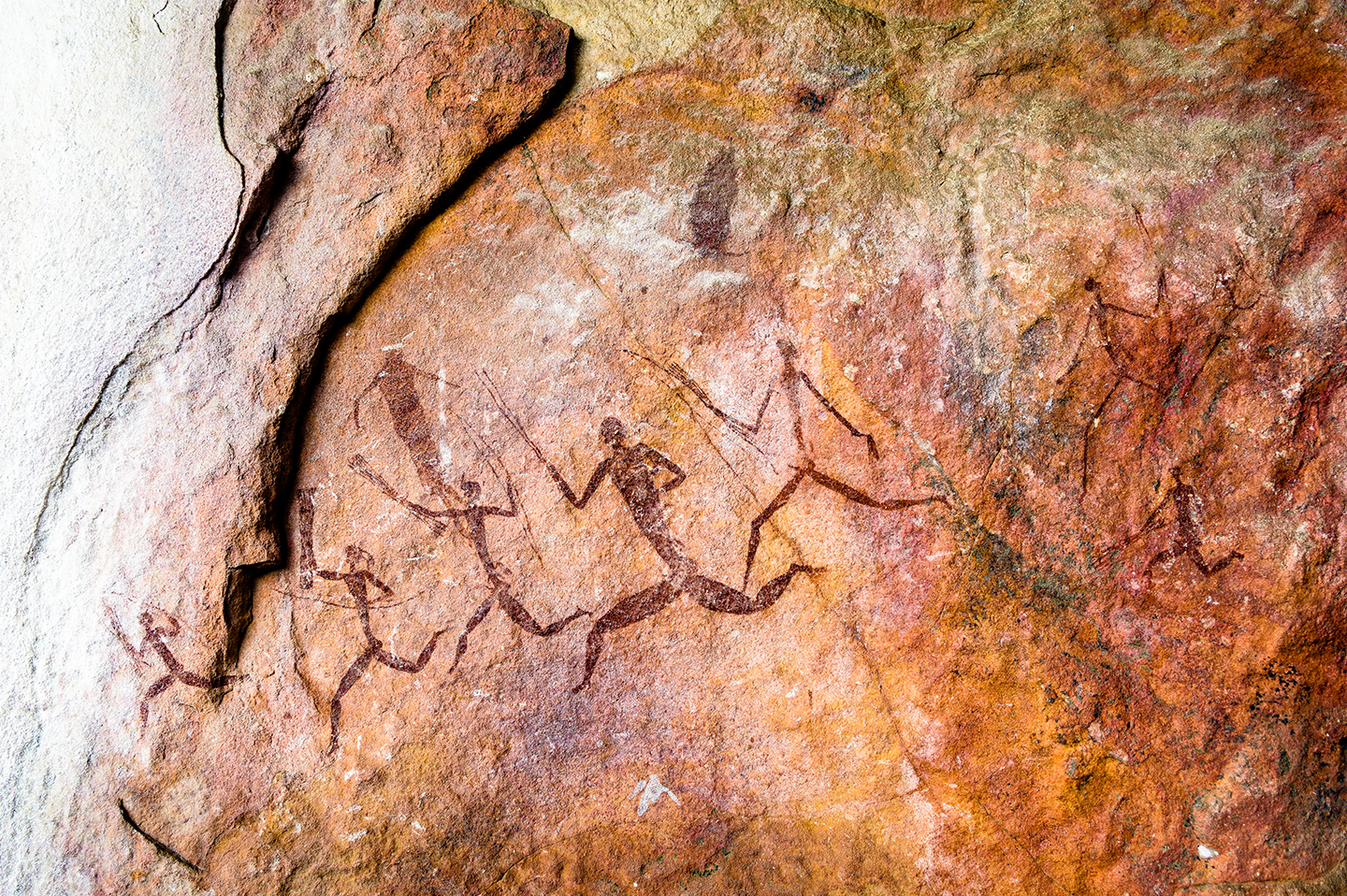 Hwange National Park is located in the the North-western region of Zimbabwe, bordering Botswana. Once the hunting reserve of King Mkilikazi, Hwange was established in 1928 and today it is the largest national park in the country. The diversity of habitats and wildlife of Hwange has no comparison in other parks in the country. The park is known for the huge herds of elephant gathering around the man-made waterholes, for the healthy populations of lion and cheetah, as well as for the successful African wild dog conservation programme. 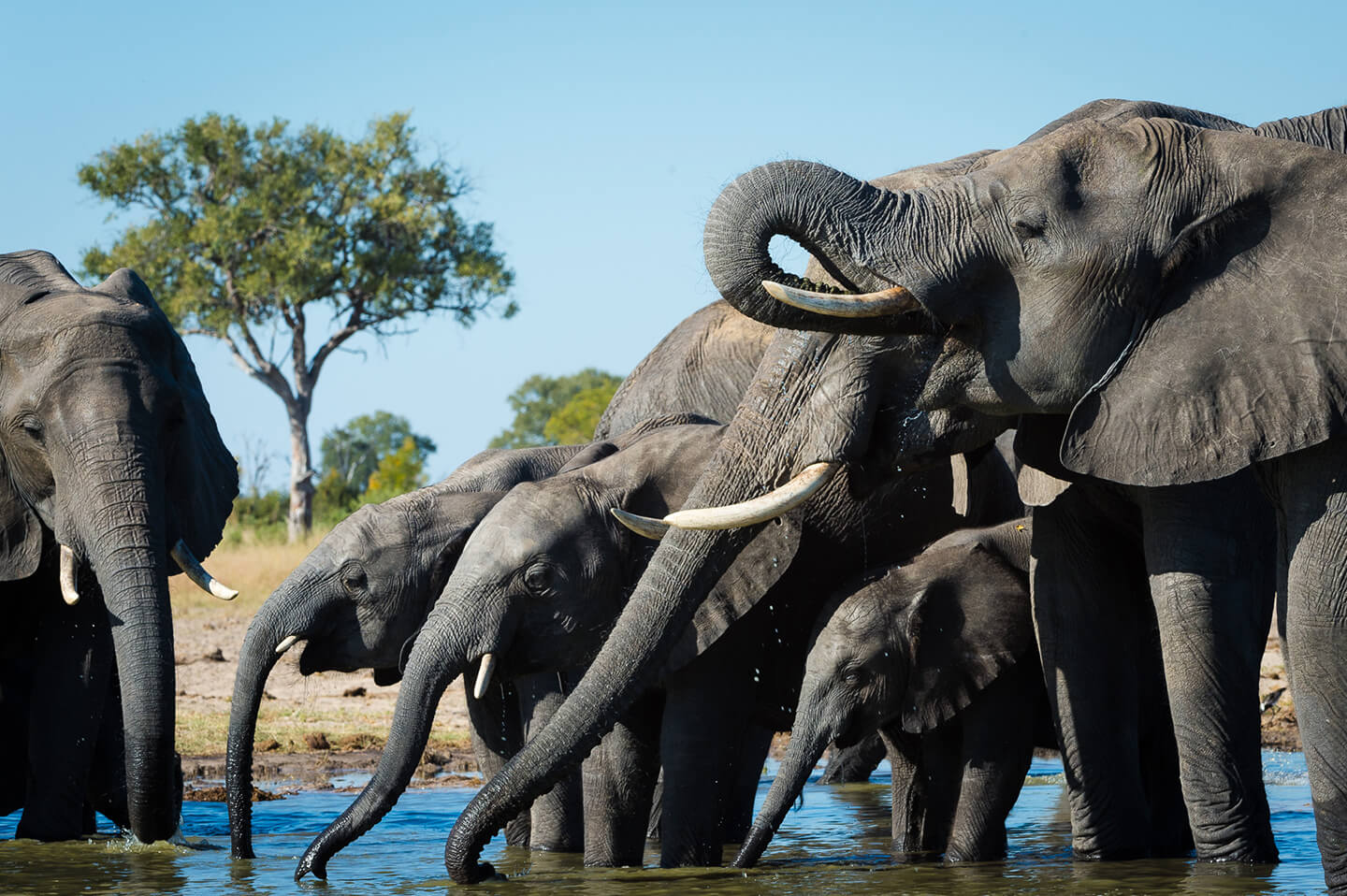 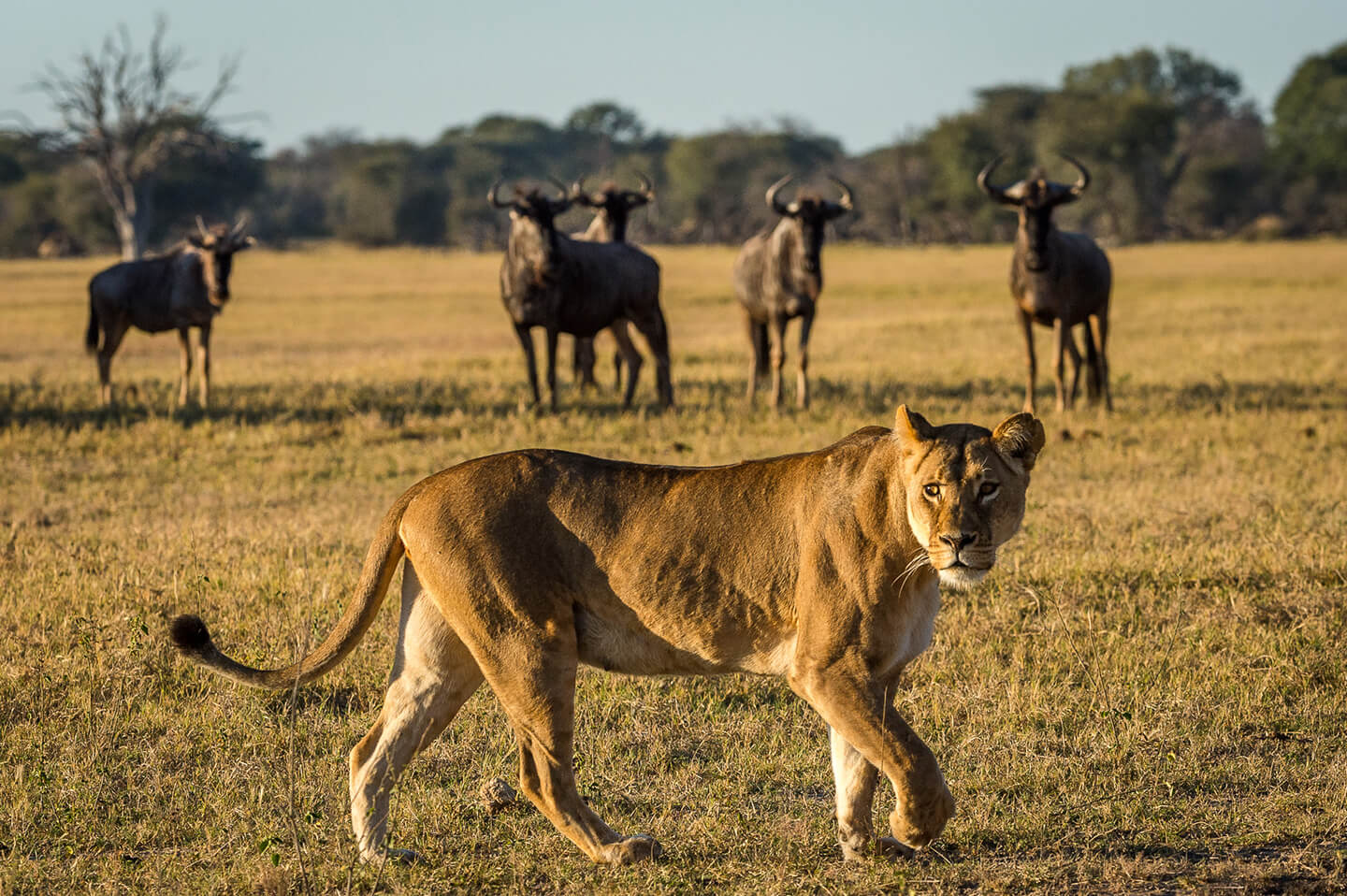 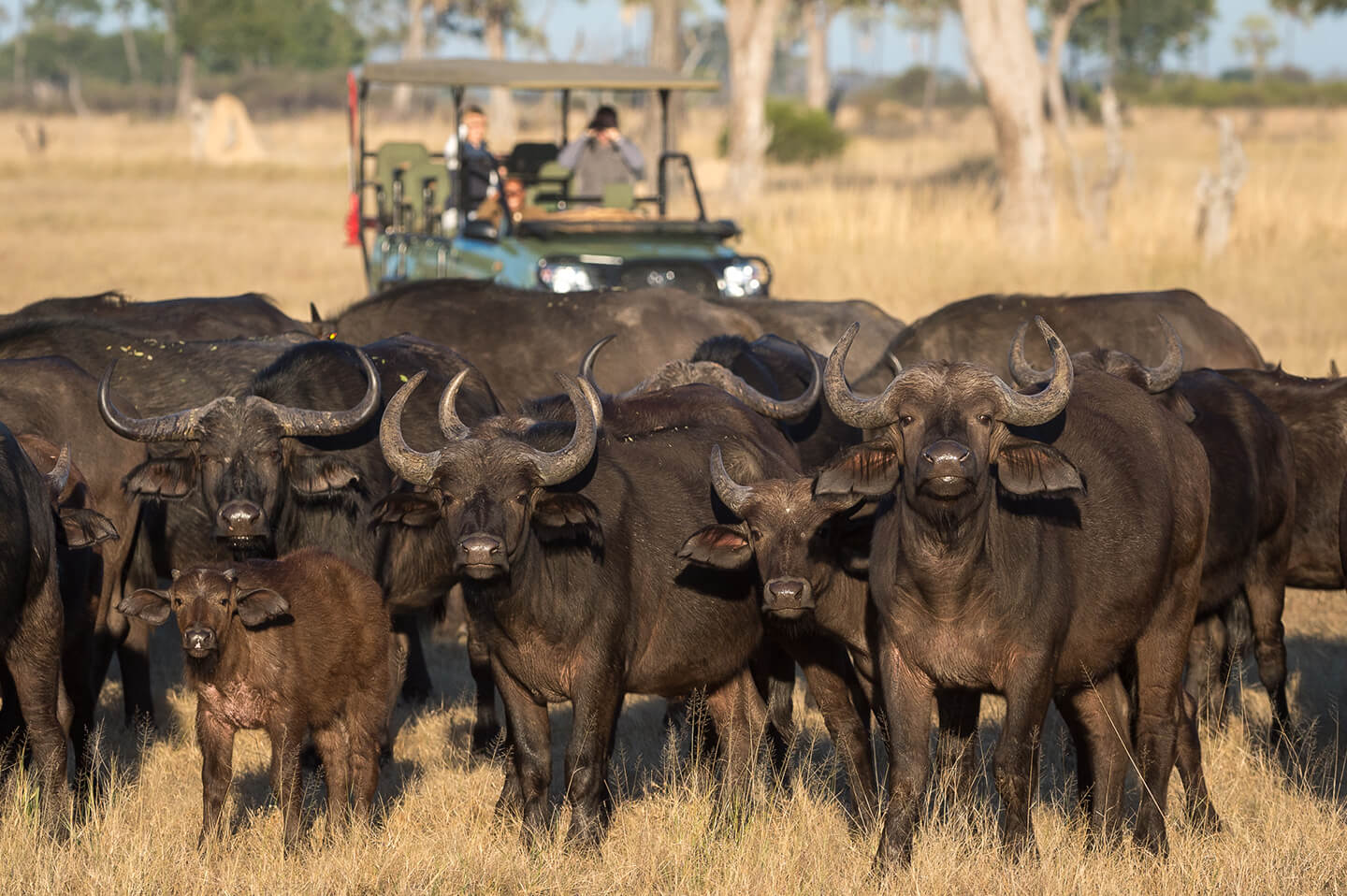 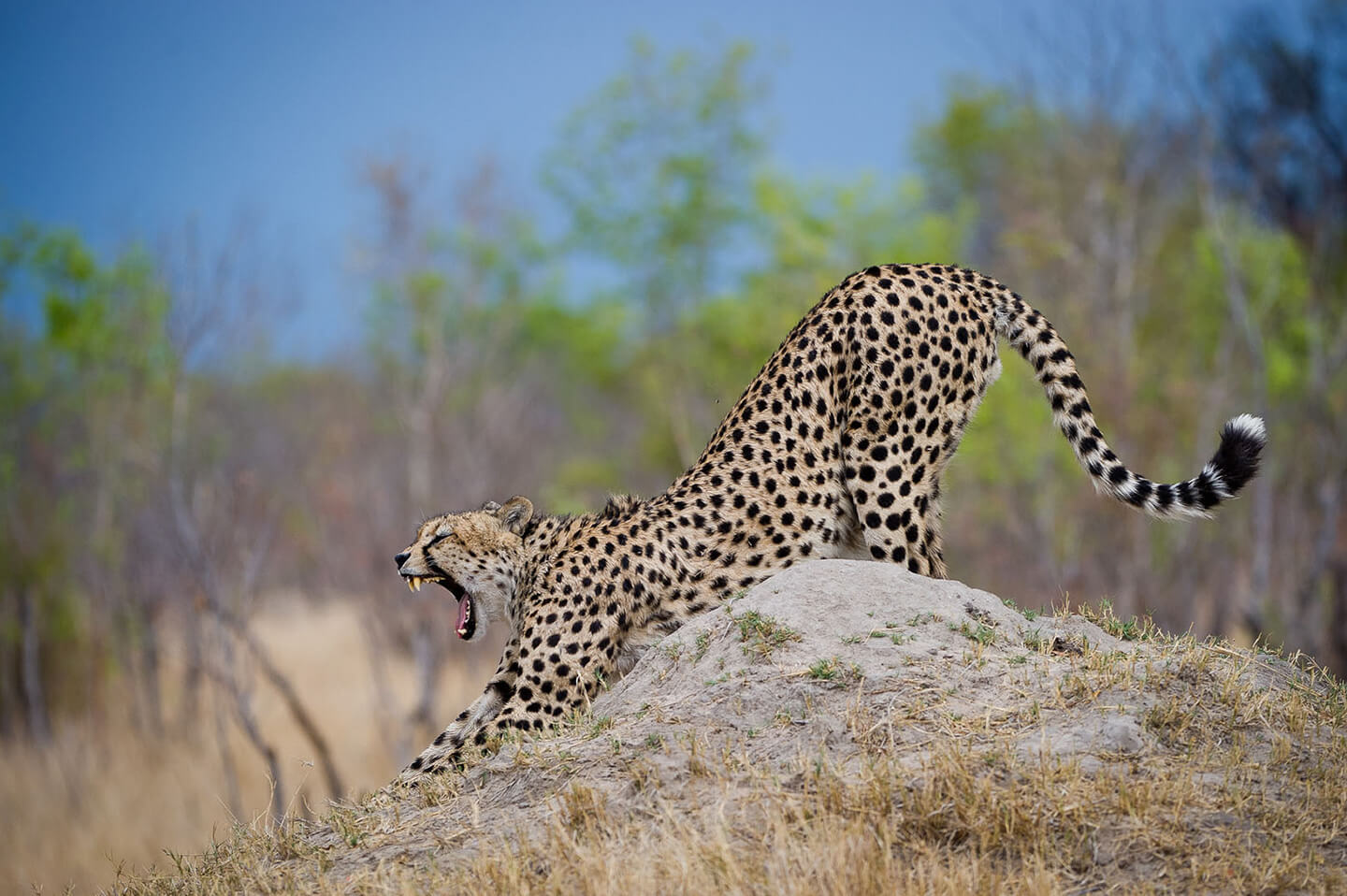 Kariba is the largest man-made lake in the world and it has been created with the construction of the Kariba dam, started in 1958 and completed in 1964. During this period the conservationist Rupert Fothergill and his team ran the legendary "Operation Noah", rescuing over 6,000 wild animals from the rising waters of the lake and releasing them into the Matusadona National Park. Located on the southern shores of Lake Kariba, the park features different habitats and it is home to big herds of elephants, black rhinos, buffalo, hippo, lions and cheetah. 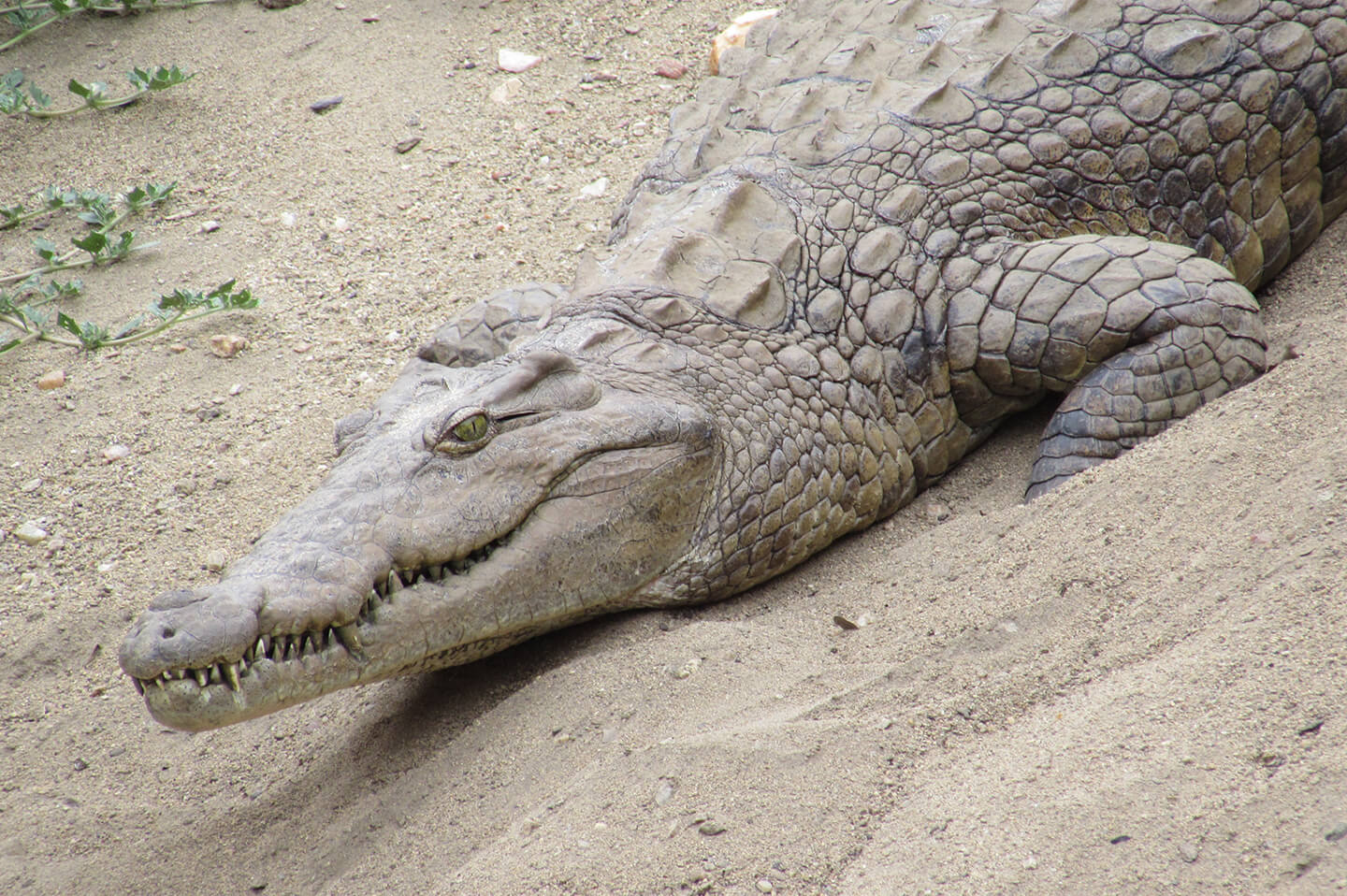 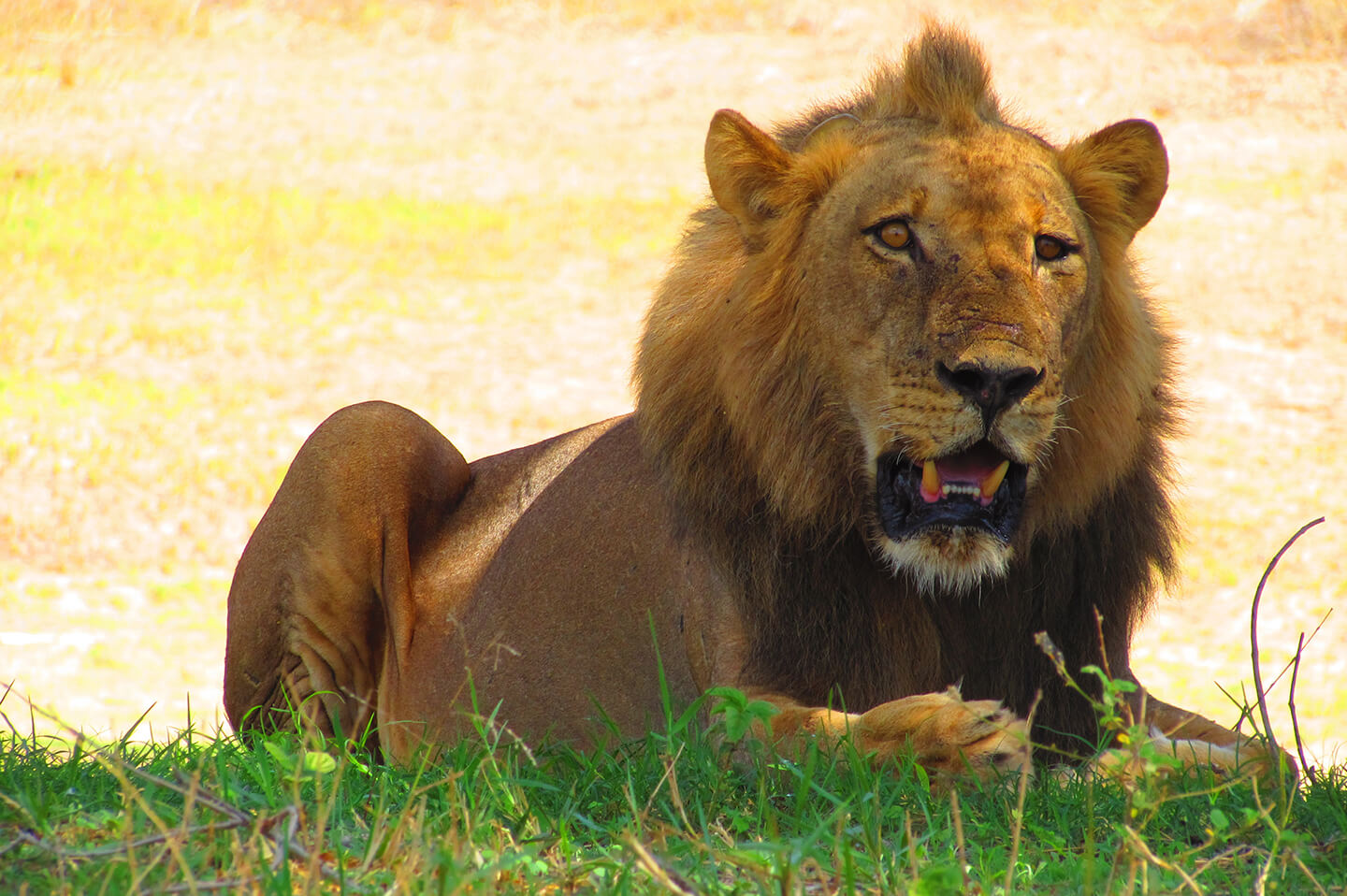 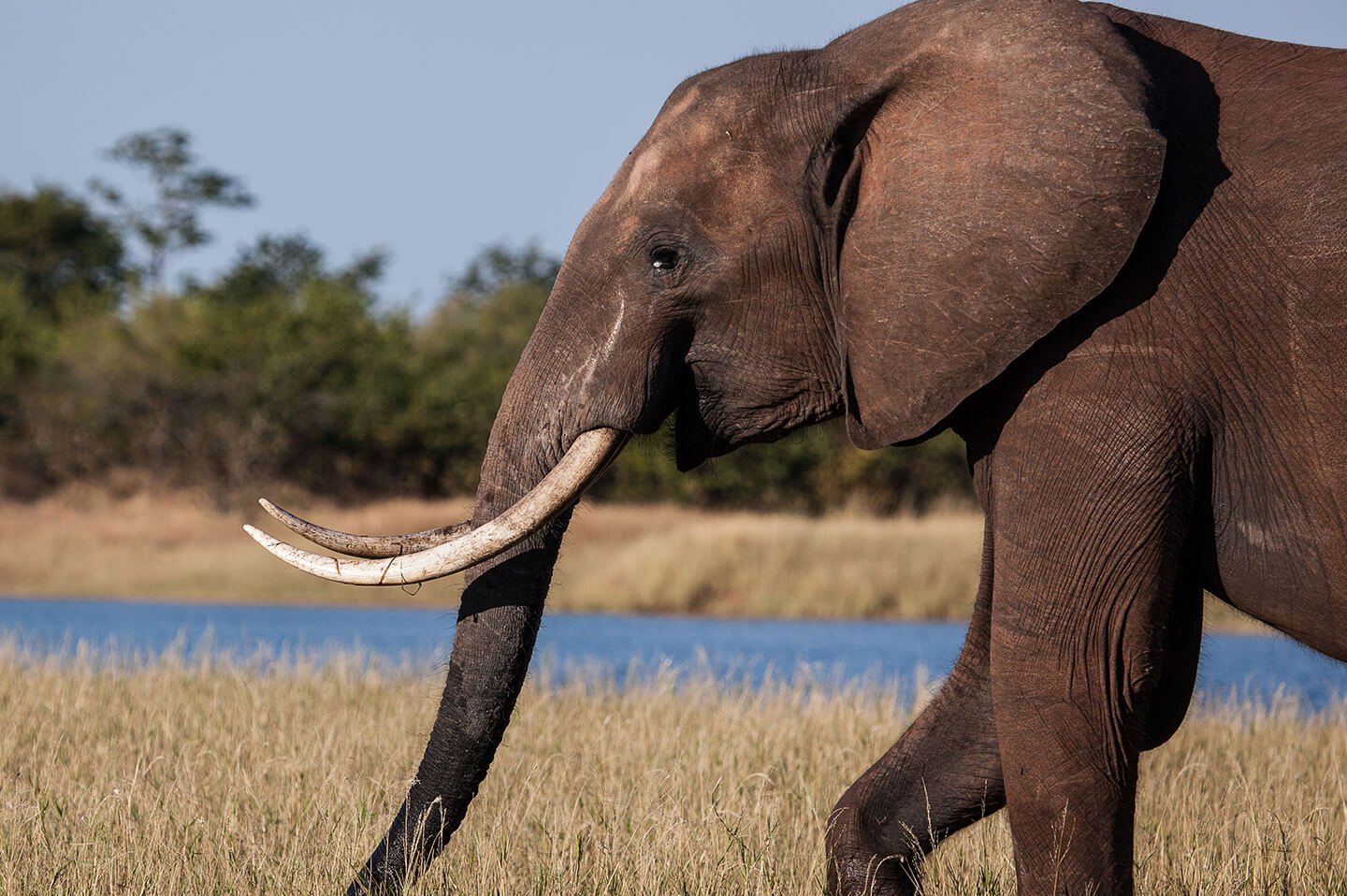 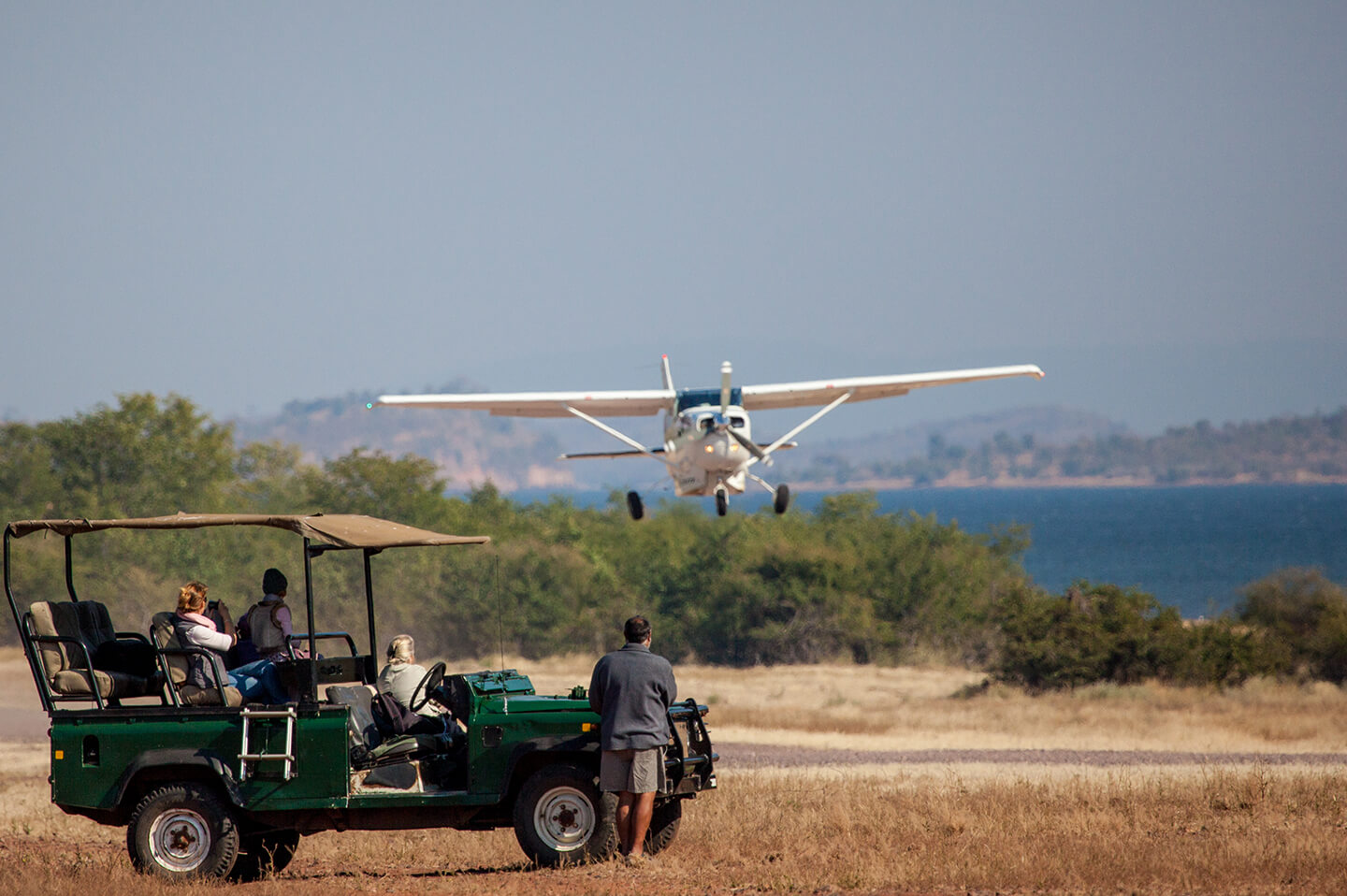 Established in 1963 and a Unesco Heritage Site since 1984, Mana Pools National Park covers 2.196 km² along the lower reaches of the Zambezi River. Mana means "four" in Shona language, with reference to the four big pools created by the Zambezi in the heart of the park. The park is home to a wide range of large mammals and over 350 bird species. Mana Pools is unique for its "tree-climbing" elephants, for the enchanted atmosphere along the forested river terraces and the stunning canoe safaris and walking safaris, the latter also without a guide. 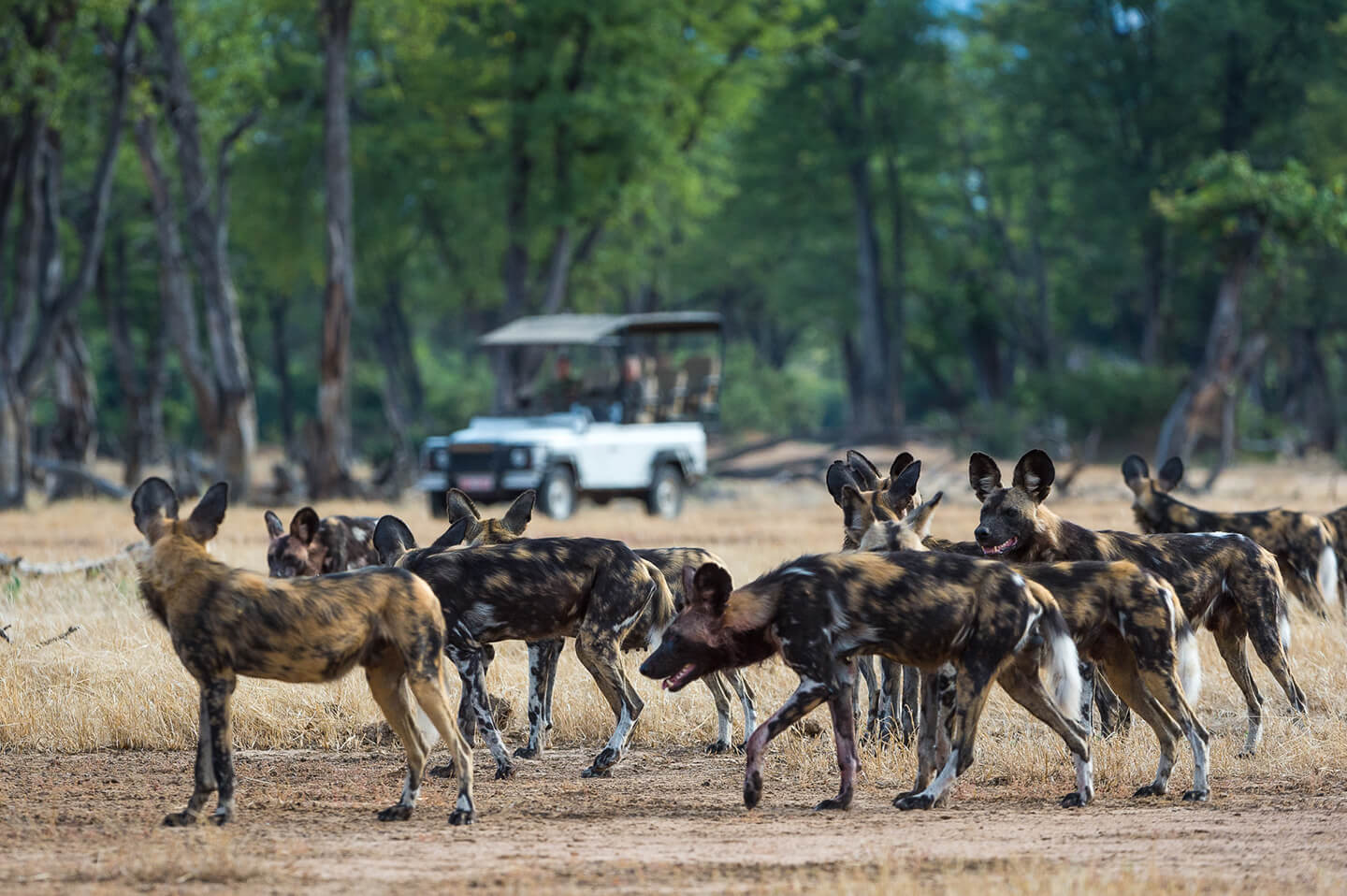 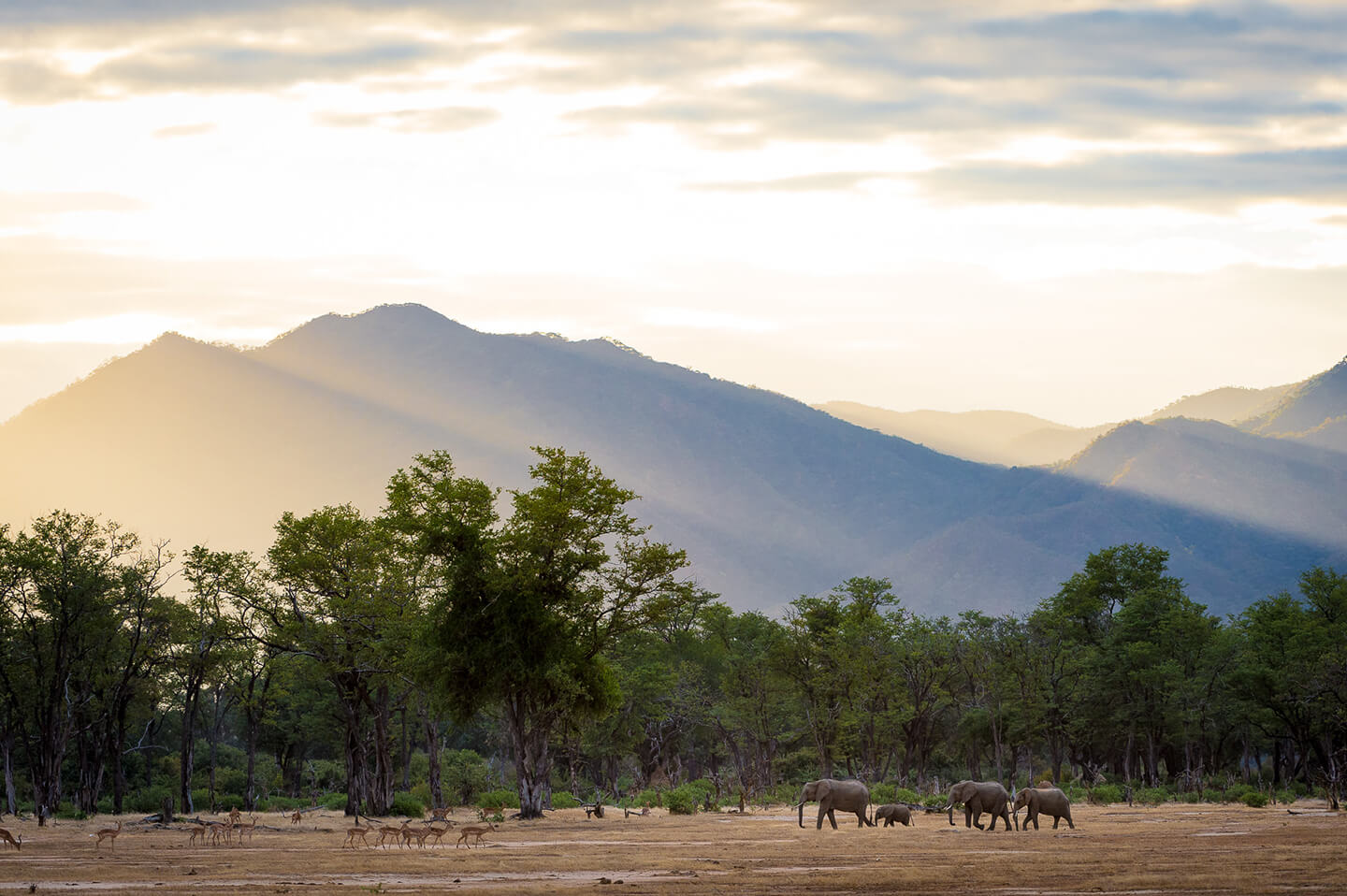 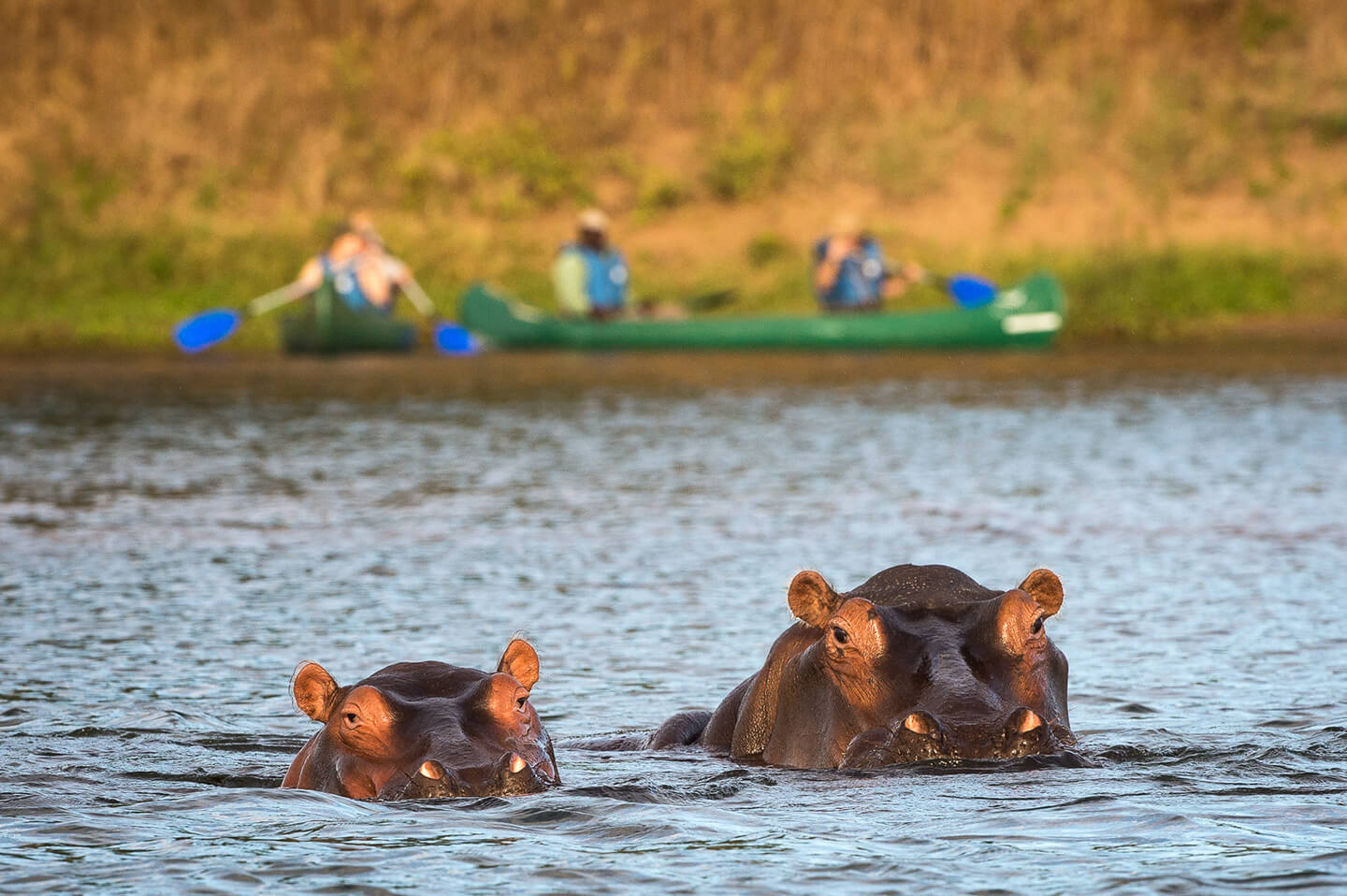 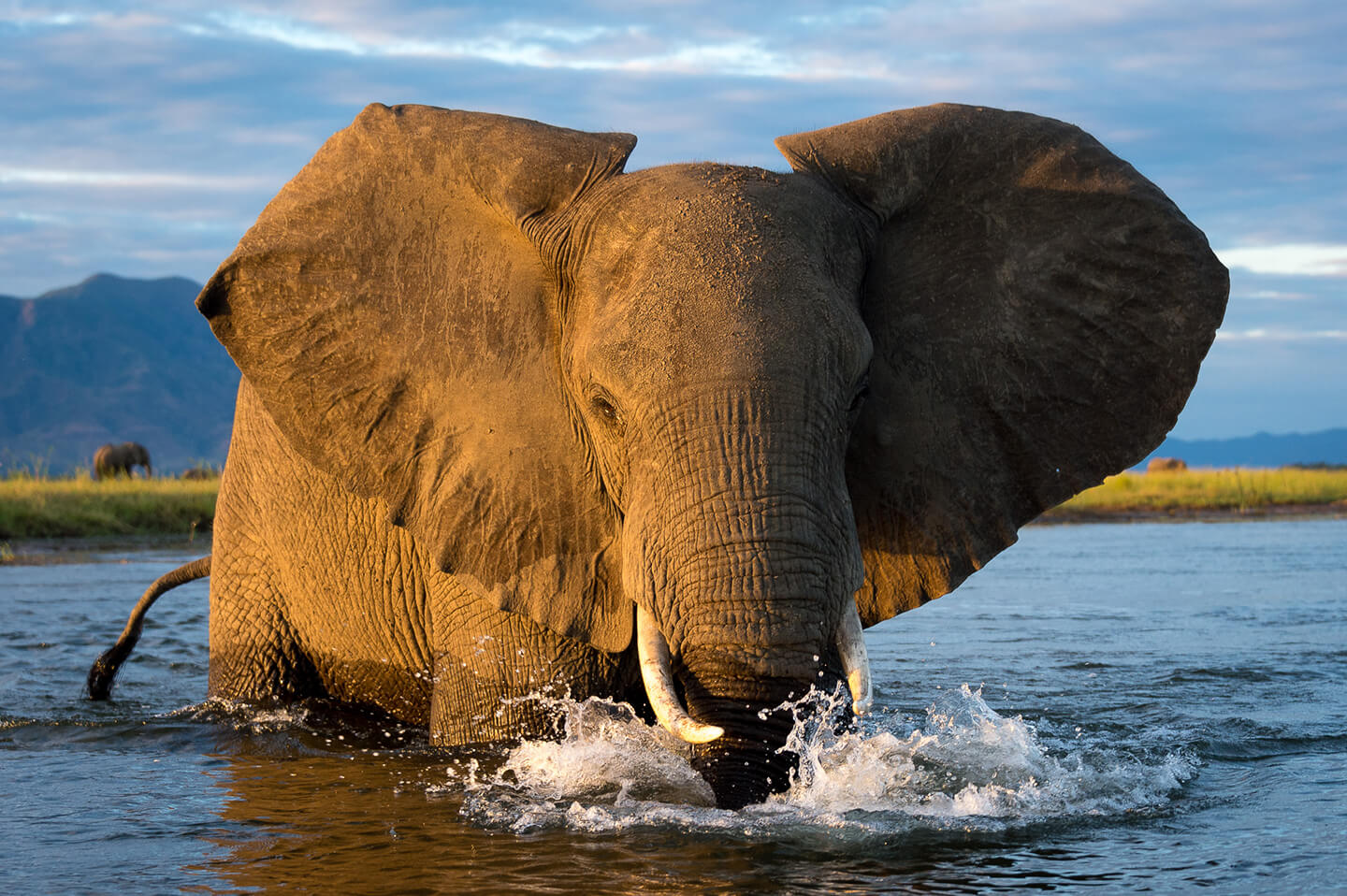 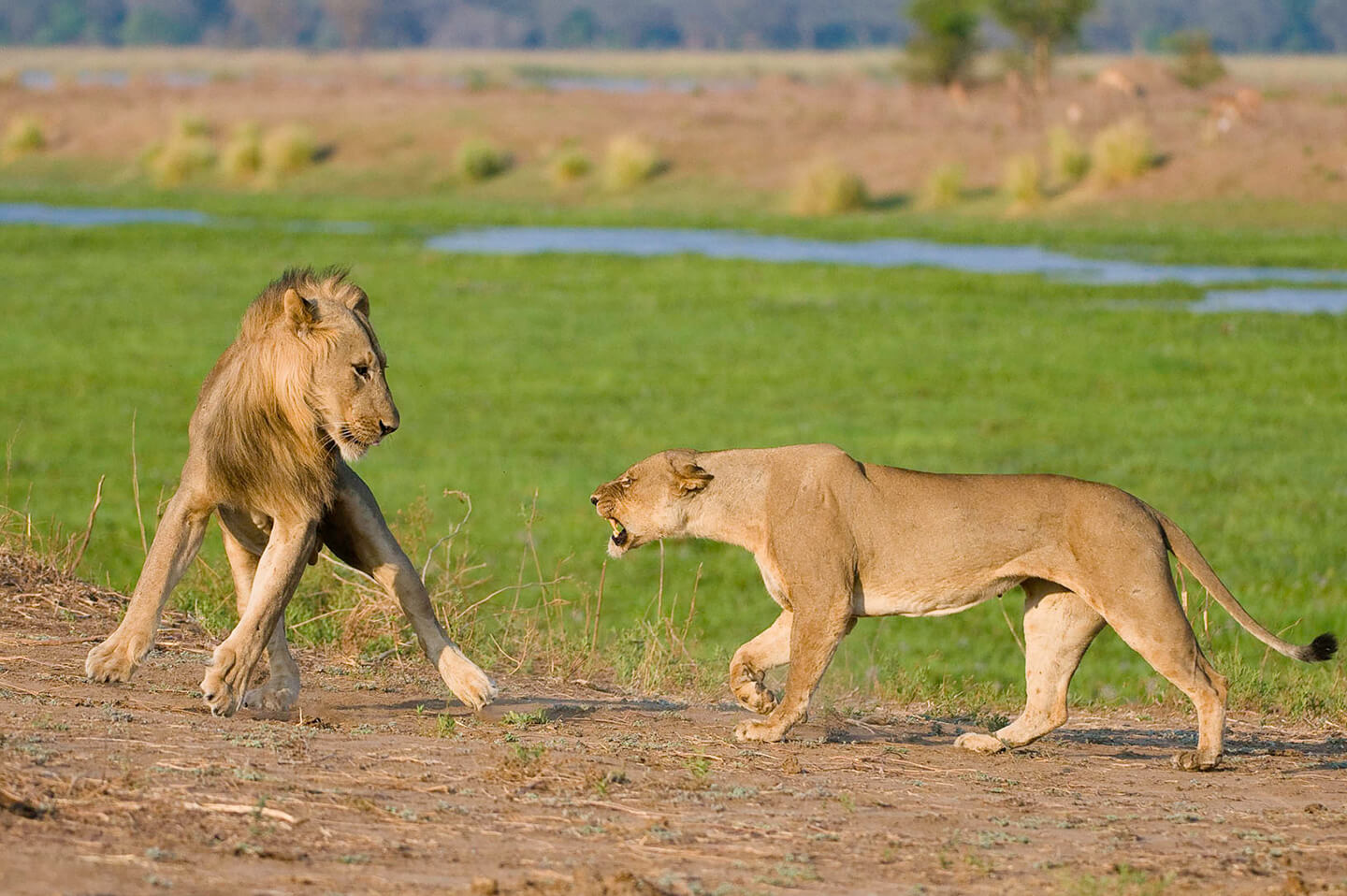 Livingstone, who discovered Victoria Falls in 1855, once said: “scenes so lovely must have been gazed upon by angels in their flight”. Known as "the Smoke that Thunders", these impressive waterfalls are about 1,700 mt wide, up to 108 mt high and carry more than 1,000 m³/s on average. The area of Victoria Falls is the quintessential destination for adrenaline activities such as rafting, bungee jumping and microlight scenic flights. Furthermore Victoria Falls National Park and Zambezi National Park are ideal for a first safari in Zimbabwe. 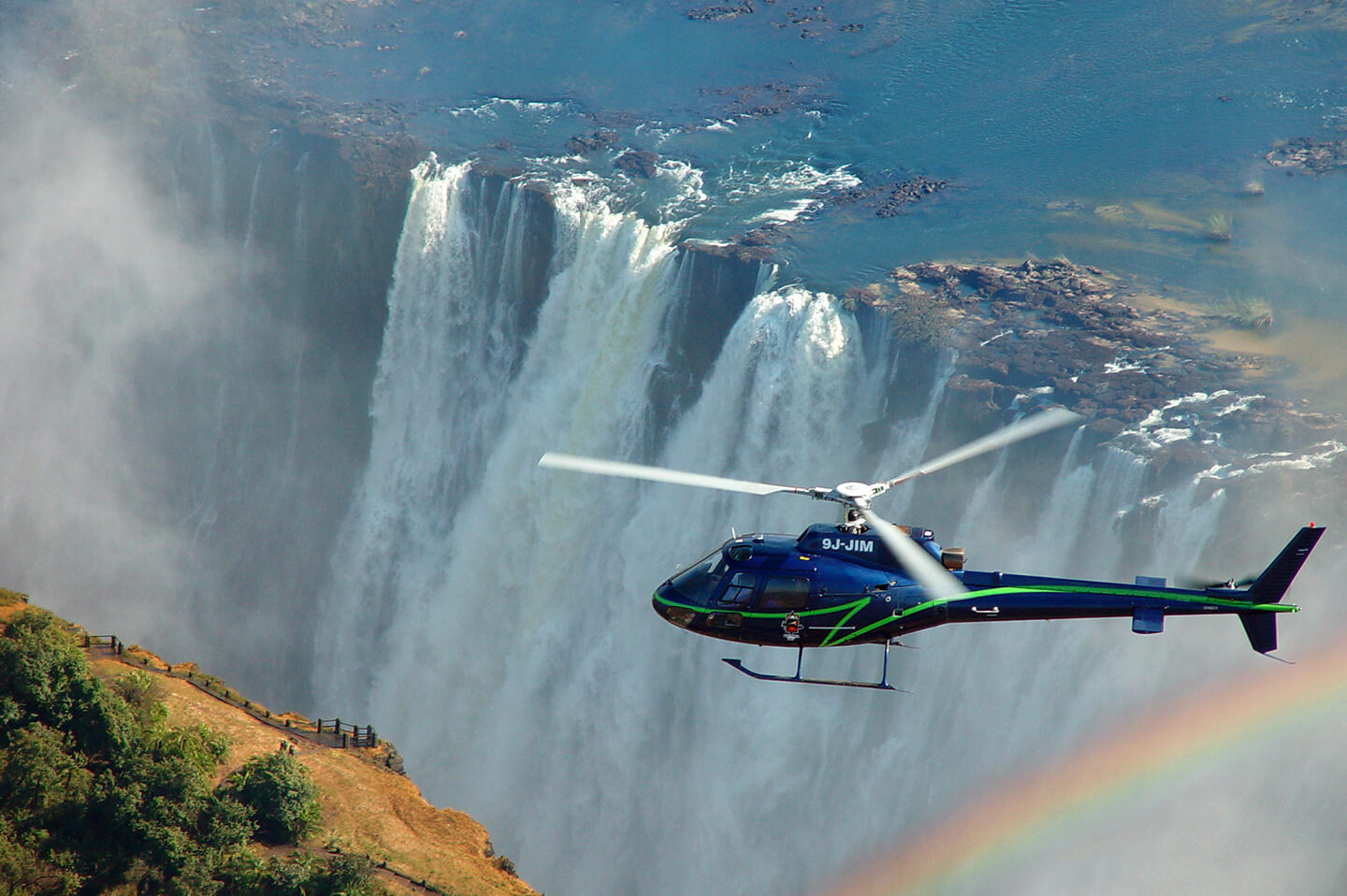 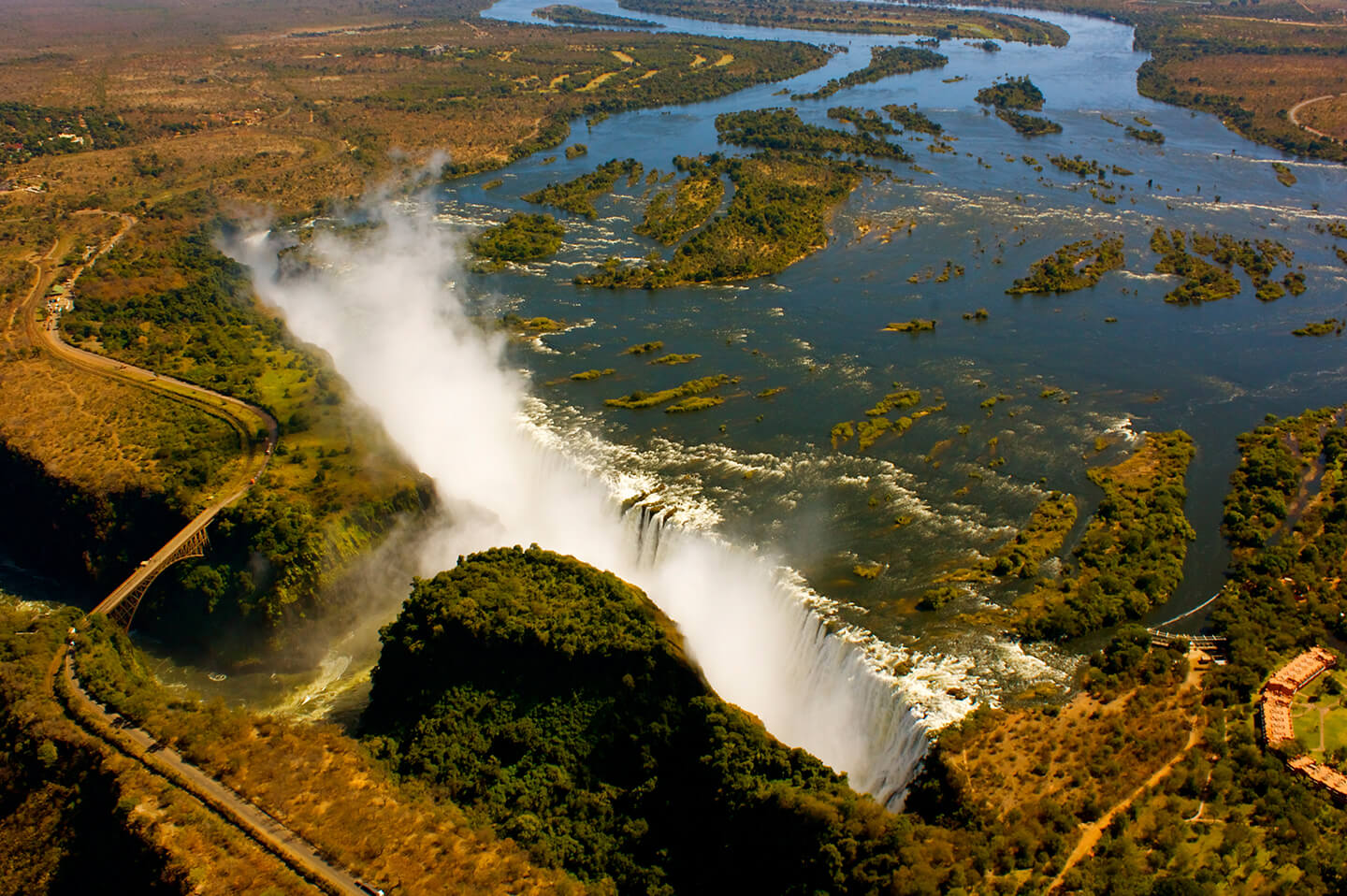 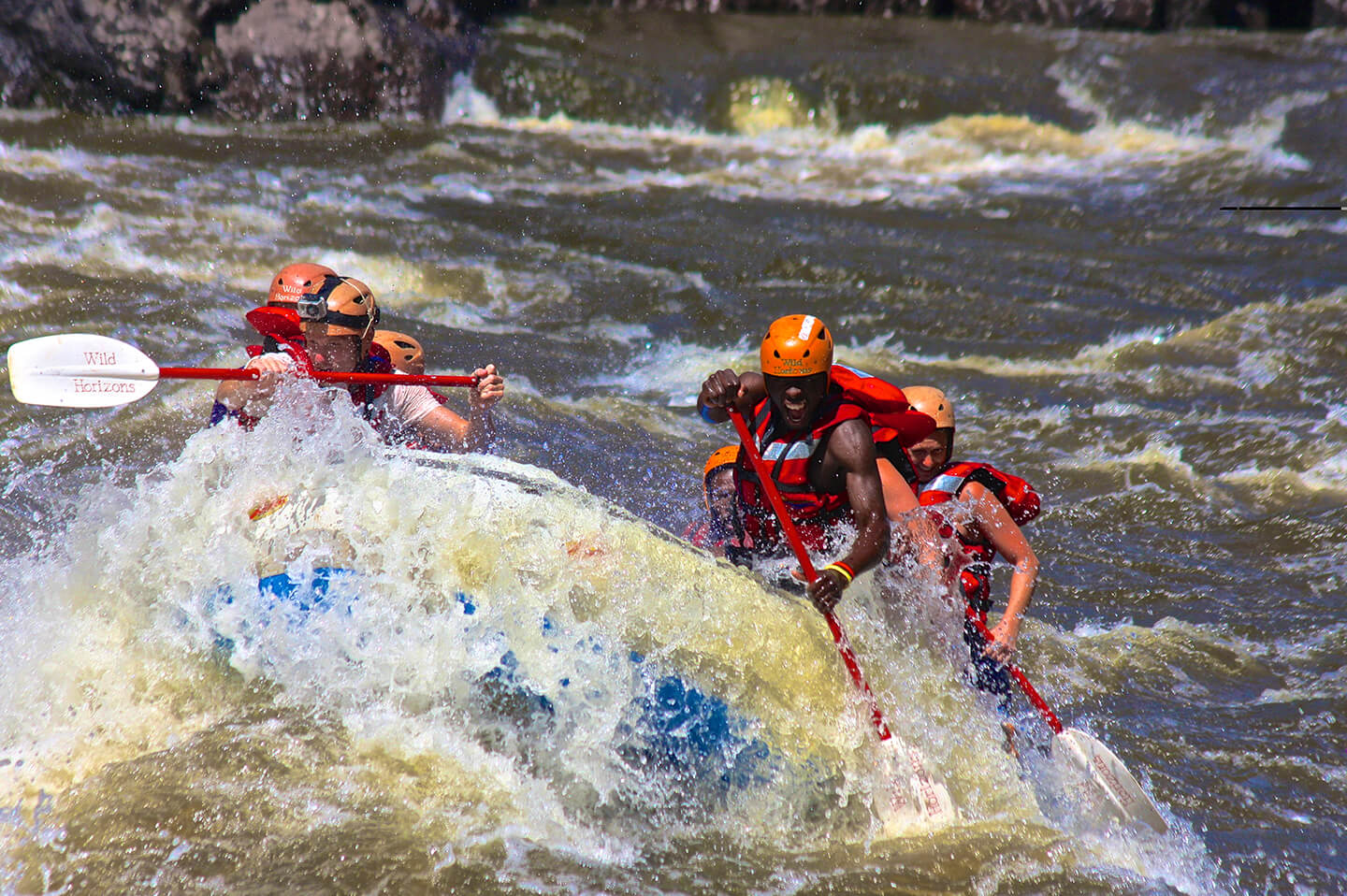