"Botswana is a never-ending source of wonder. It is nature at its best, pure and untouched. It is the perfect safari: small camps, a multitude of animals, changing and primitive landscapes."

The spectacle of the annual zebras migration in the Makgadikgadi Pans.

The maze of channels and lagoons formed by the Okavango Delta, one of the largest inland delta in the world.

Meerkats, brown hyena, black-maned lions and the amazing wildlife of the Kalahari Desert.

The highest concentration of elephants in Africa in the Chobe National Park.

The Bushmen, a tribe of hunter-gatherers who have lived for millennia in harmony with nature.

Botswana is a landlocked country in the centre of Southern Africa, bordering Namibia, South Africa, Zambia and Zimbabwe. Most of Botswana is actually a desert, with about 75% of the country occupied by the Kalahari Desert. While the flat and arid horizon of the Kalahari represents the essence of Botswana, the Okavango Delta is an oasis formed by the homonymous river, that gathers the rains of Angola and carries them flowing for 1,600 km to the Kalahari.

Here the waters of the Okavango form one of the largest inland delta in the world, creating a unique ecosystem. Botswana is a stable democracy, with a growing economy, based on the careful and responsible utilization of its natural resources. Pioneer in conservation, it has always been at the forefront in the fight against poaching and at the cutting edge in promoting sustainable tourism. About 40% of the national territory is protected by natural reserves and parks: a unique patchwork of habitats and ecosystems free from fences and therefore wonderfully wild. Each area features different, interacting habitats and hosts hundreds of species of plants and animals. In the Chobe lives the largest population of elephants in Africa, the floodplains of Linyanti and Moremi Game Reserve are hunting ground to the endangered African wild dogs, in the reeds of the Okavango Delta hides the elusive sitatunga antelope, while in the Makgadikgadi the restless meerkats dig their long tunnels. A safari in Botswana means not only thrilling adventures in nature and surprising encounters with the African wildlife, it is a time-travel to discover the culture and the traditions of the Bushmen, hunter-gatherers who have lived for millennia in the Kalahari.

Established in 1961 as sanctuary for the Bushmen, the Central Kalahari is the largest game reserve in Southern Africa, covering an area over 52,000 km². It has remained off-limits for tourists for decades and nowadays it hosts few lodges and camps, mostly in the Deception Valley area, in the North of the park. Here during the rainy season large herds of herbivores gather, attracting in turn many predators such as the famous black-manned lion, as well as leopard, cheetah, African wild dog and brown hyena. 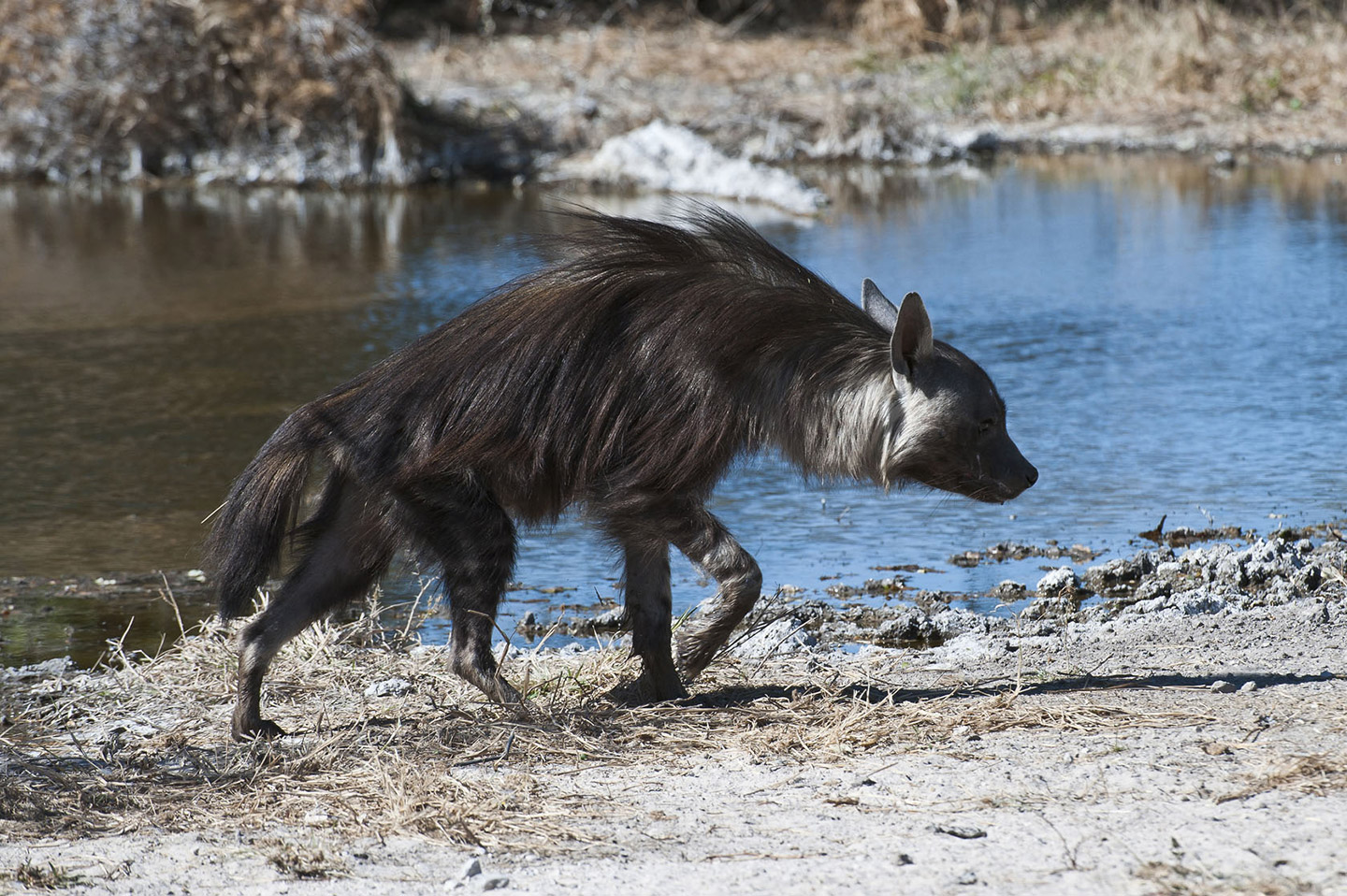 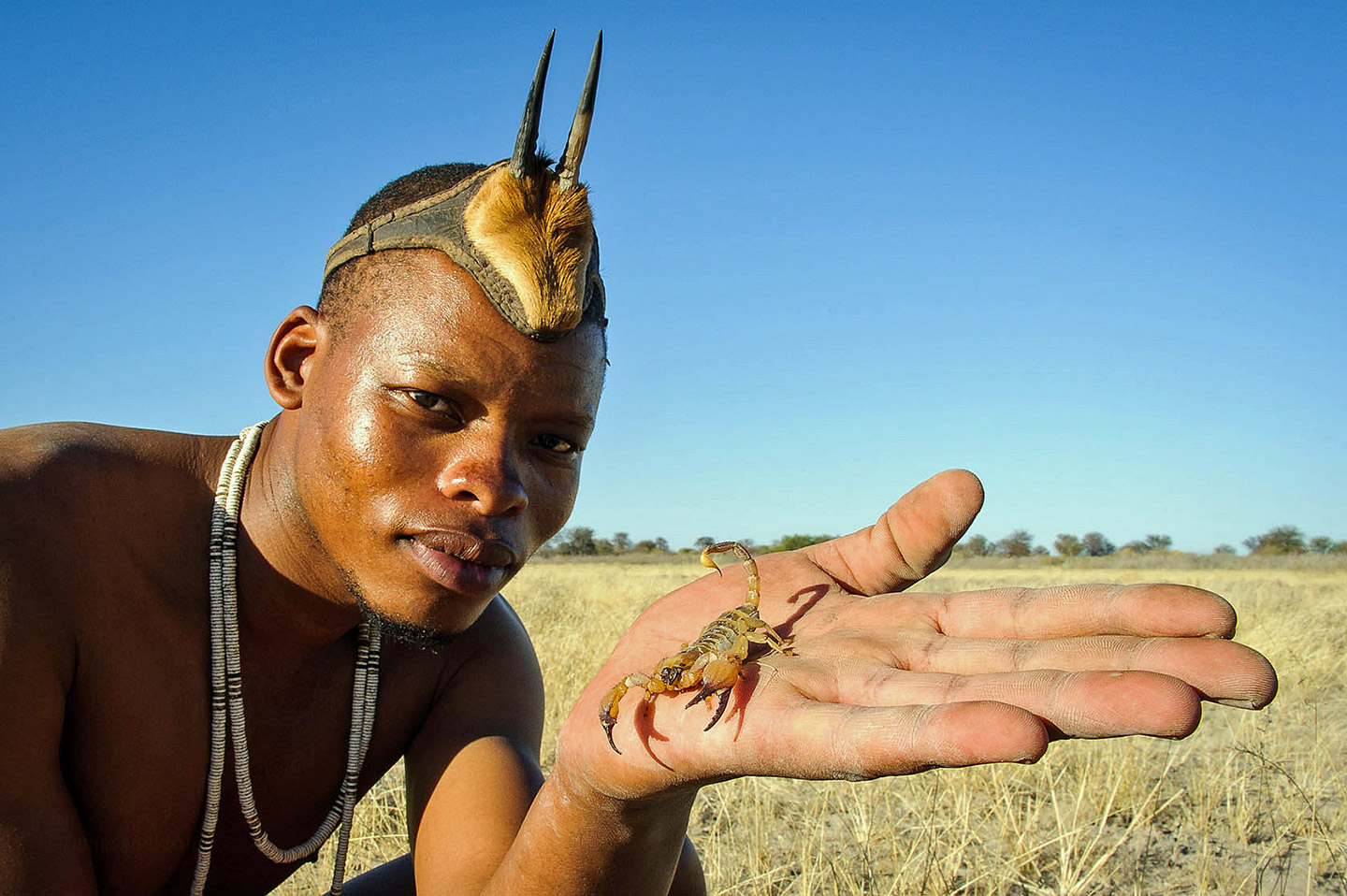 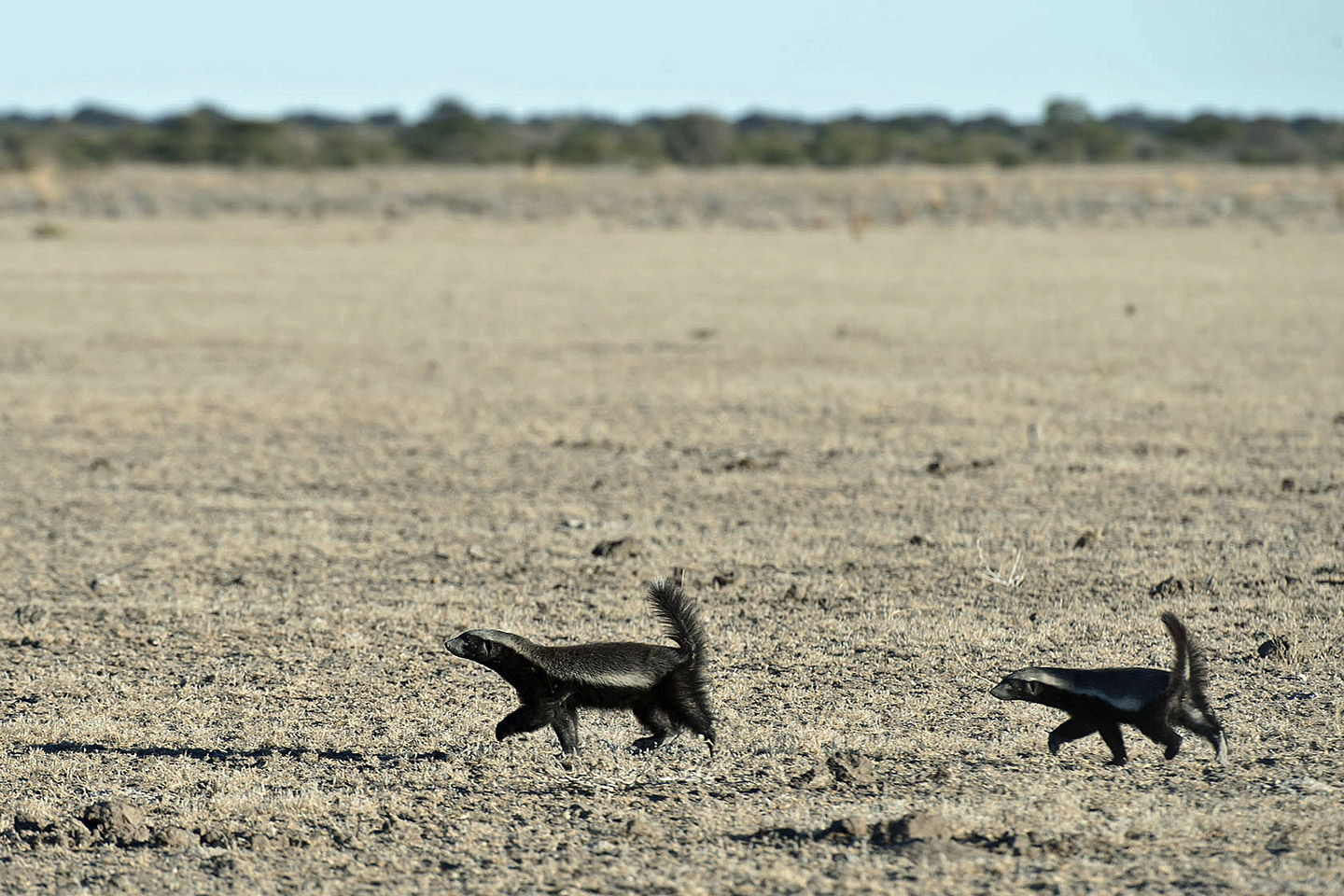 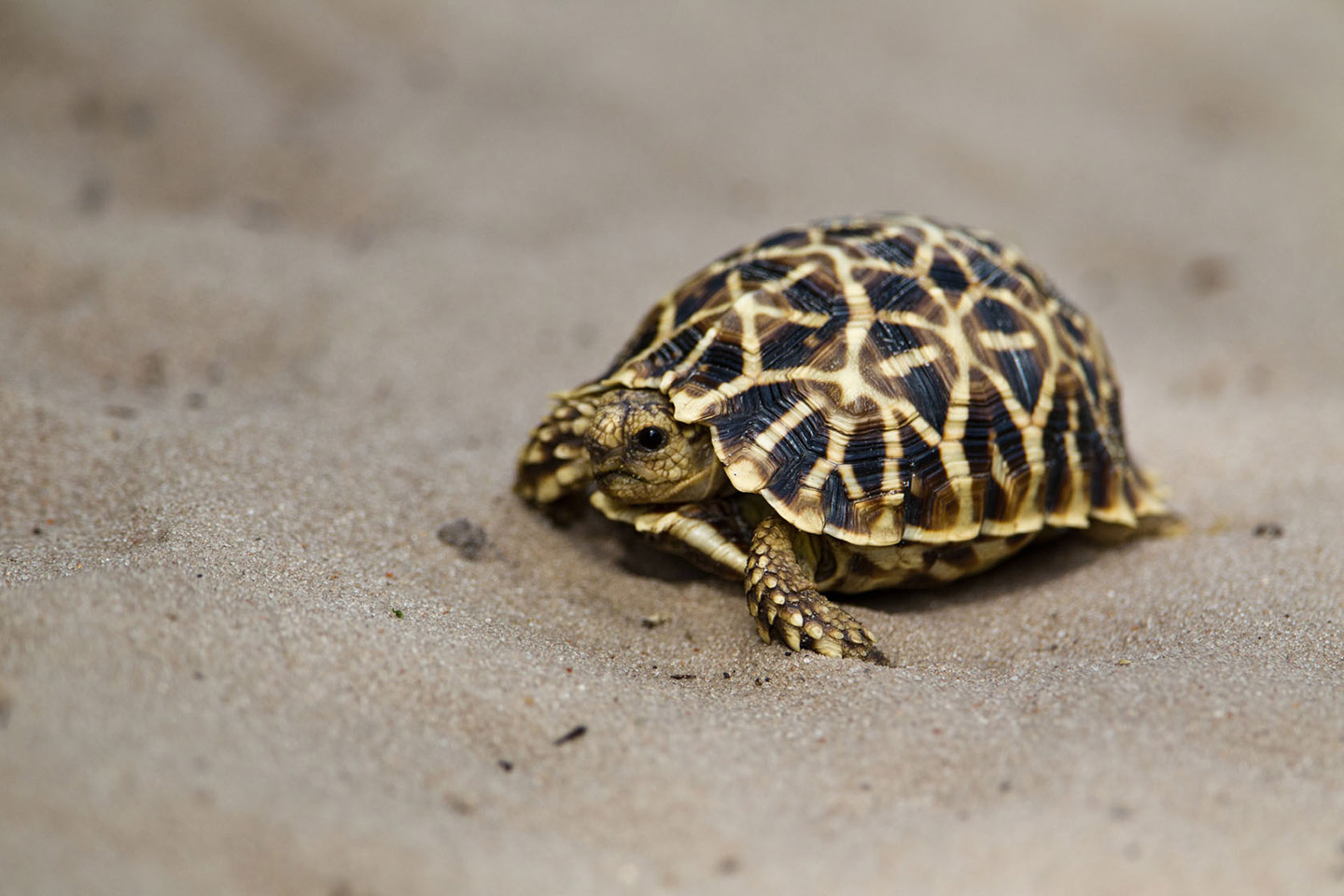 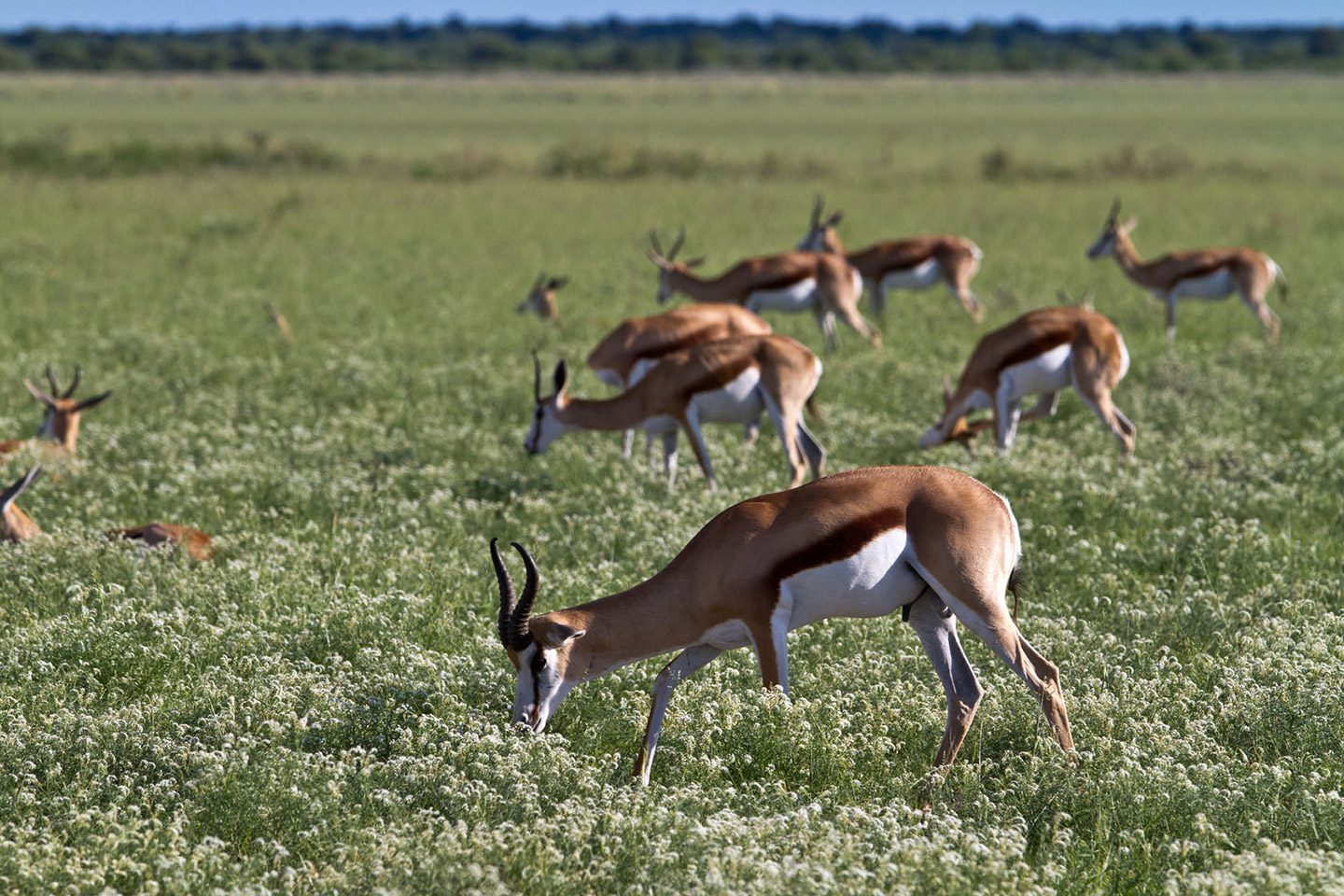 Founded in 1968 and second largest national park, with an area of 11,000 km², the Chobe National Park hosts the highest concentration of elephants in Africa. Named after the homonymous river, the park features many different ecosystems and an impressive quantity and variety of animals, including many predators. The protagonists of the park though are the elephants: hunted out in the 1970s, they are currently more than 120,000 and move through the park following old migratory routes from the North to the South. 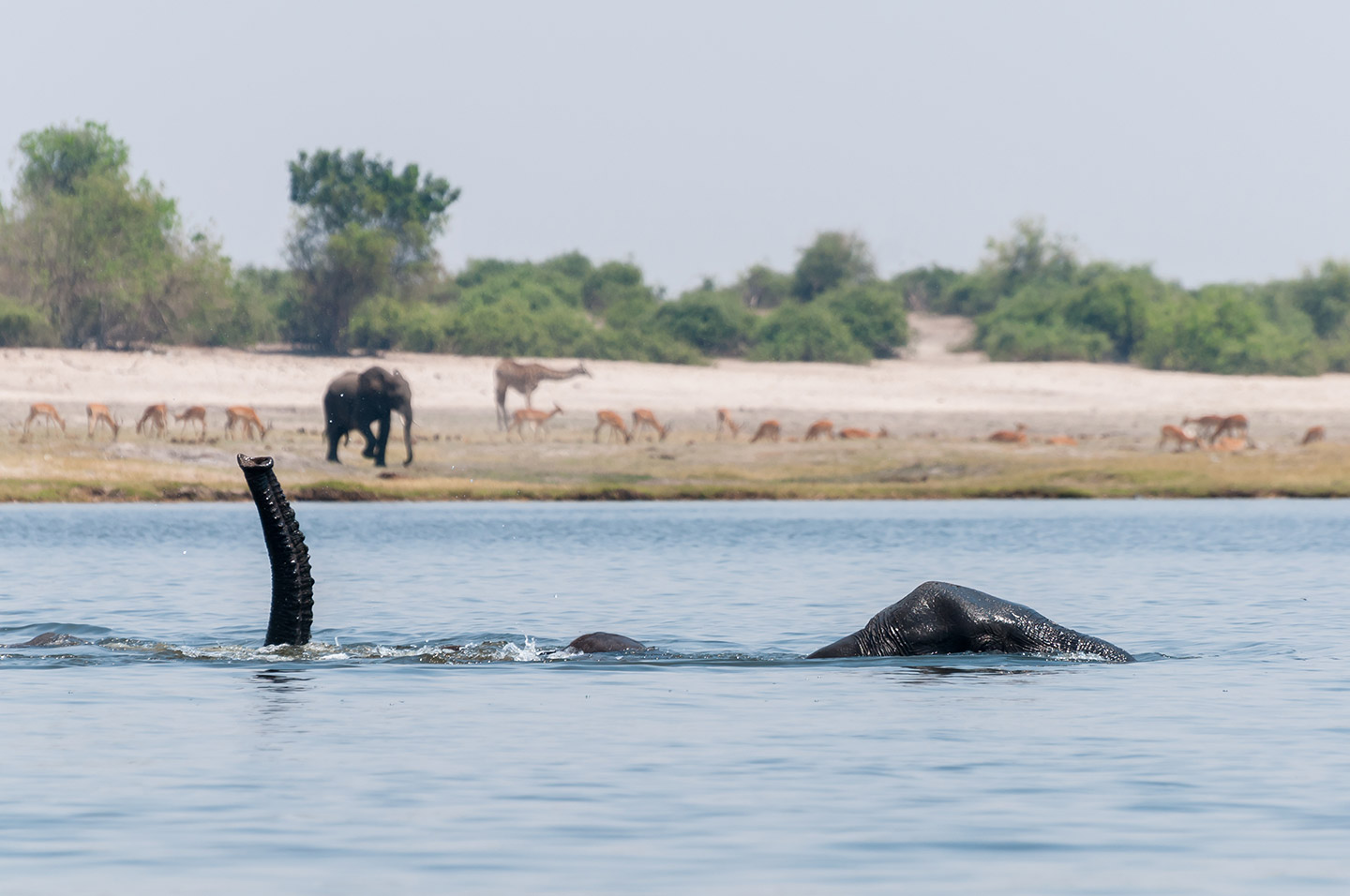 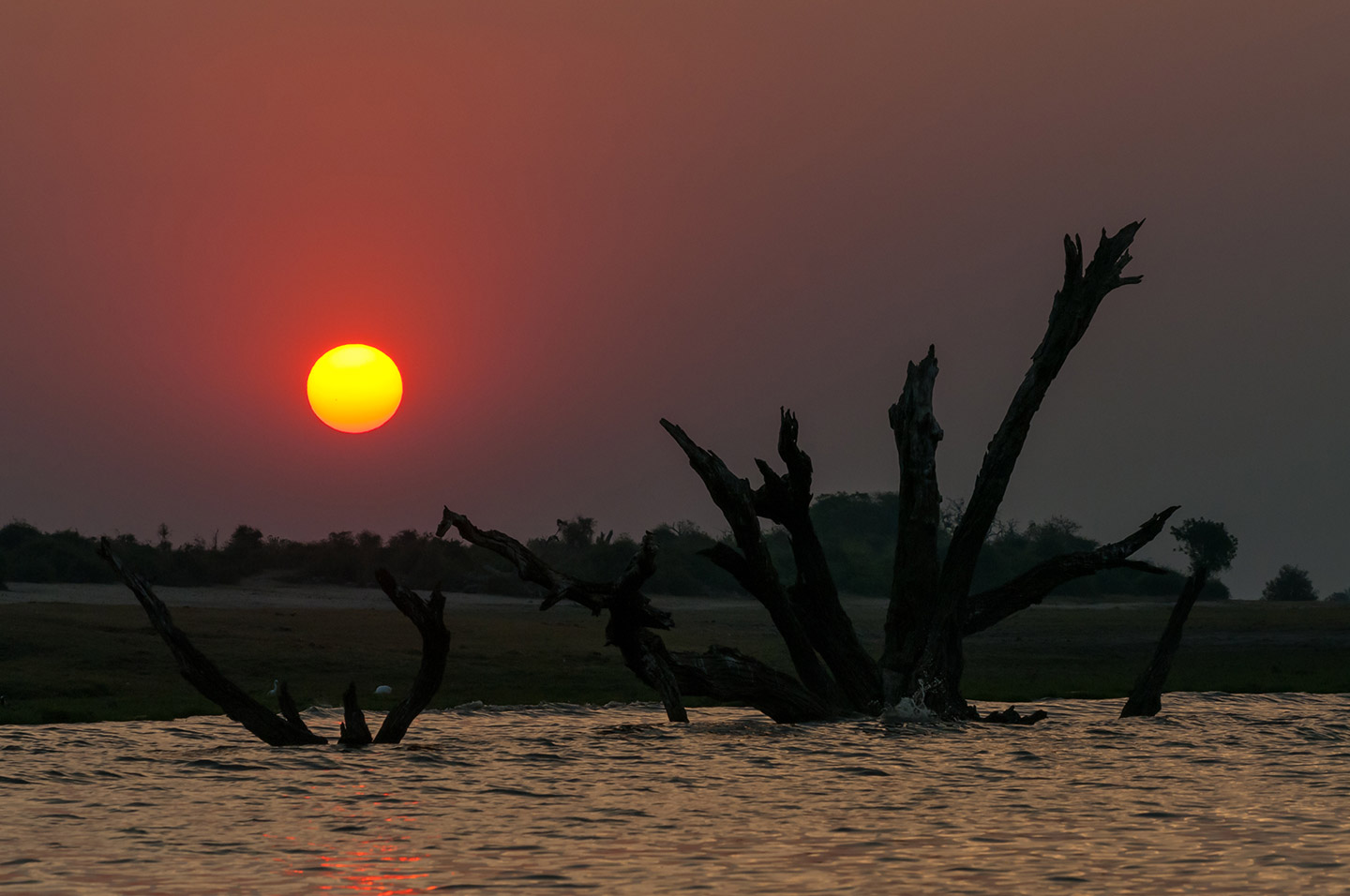 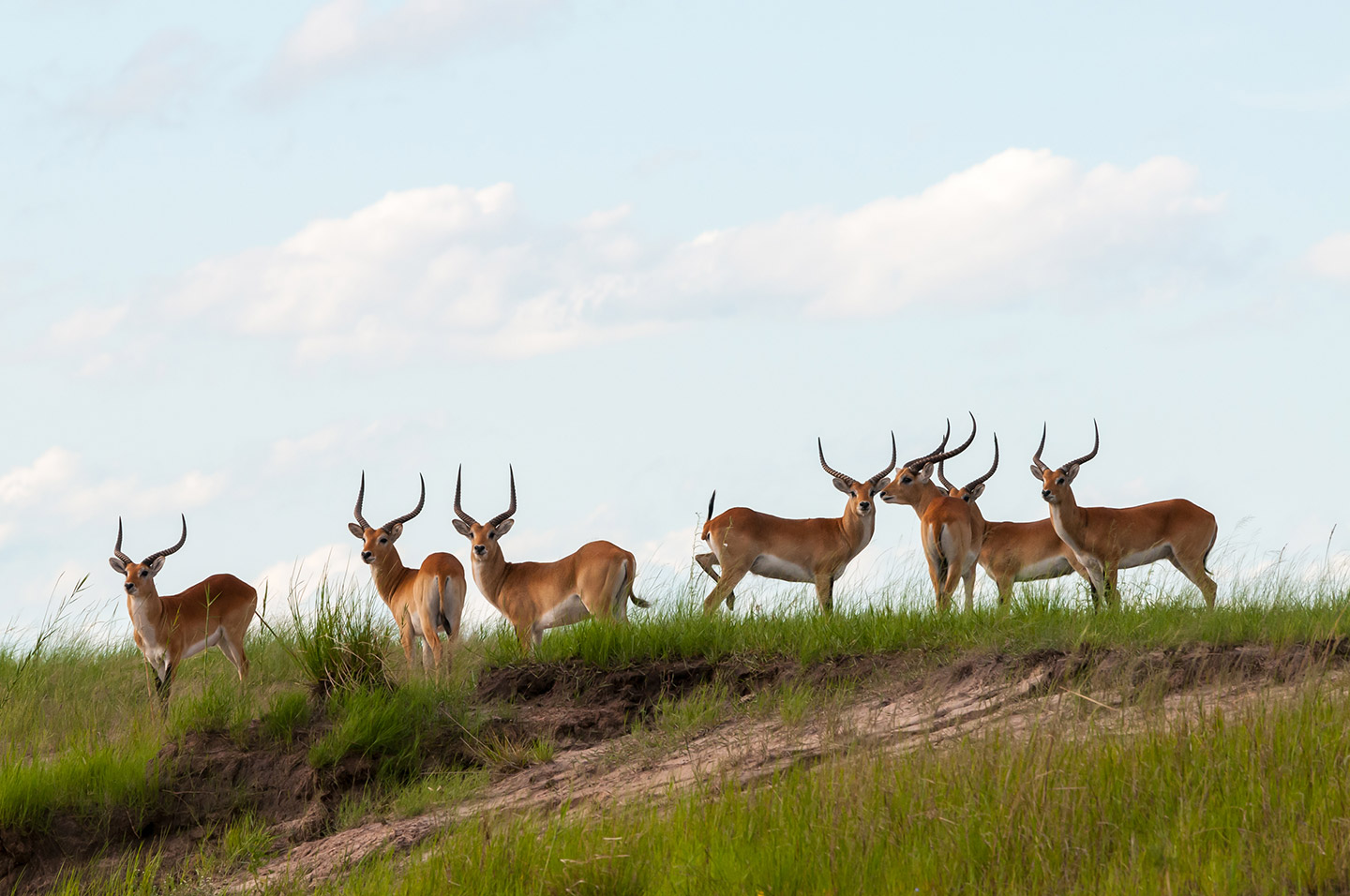 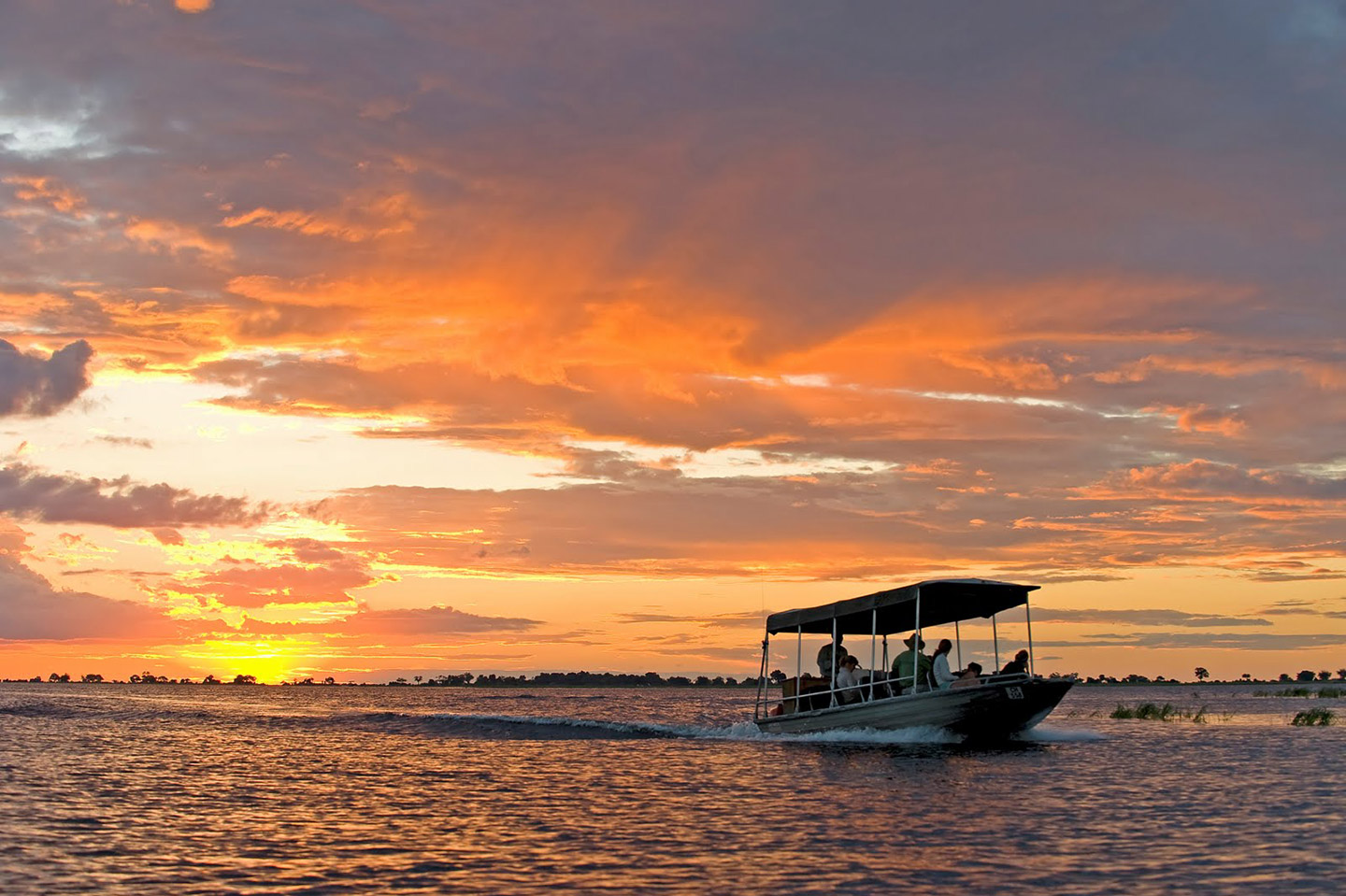 In the far North of Botswana, the Linyanti is a permanent water region formed by the Kwando-Linyanti River that draws a landscape of unusual channels and lagoons surrounded by papyrus. Bordering Chobe National Park, the Linyanti Wildlife Reserve is the theatre of spectacular migrations of zebra, buffalo and elephant and it is also renowned for its big cats and packs of African wild dogs, celebrated by famous documentaries. The Linyanti hosts a few small camps located in private concessions such as the Selinda Reserve. 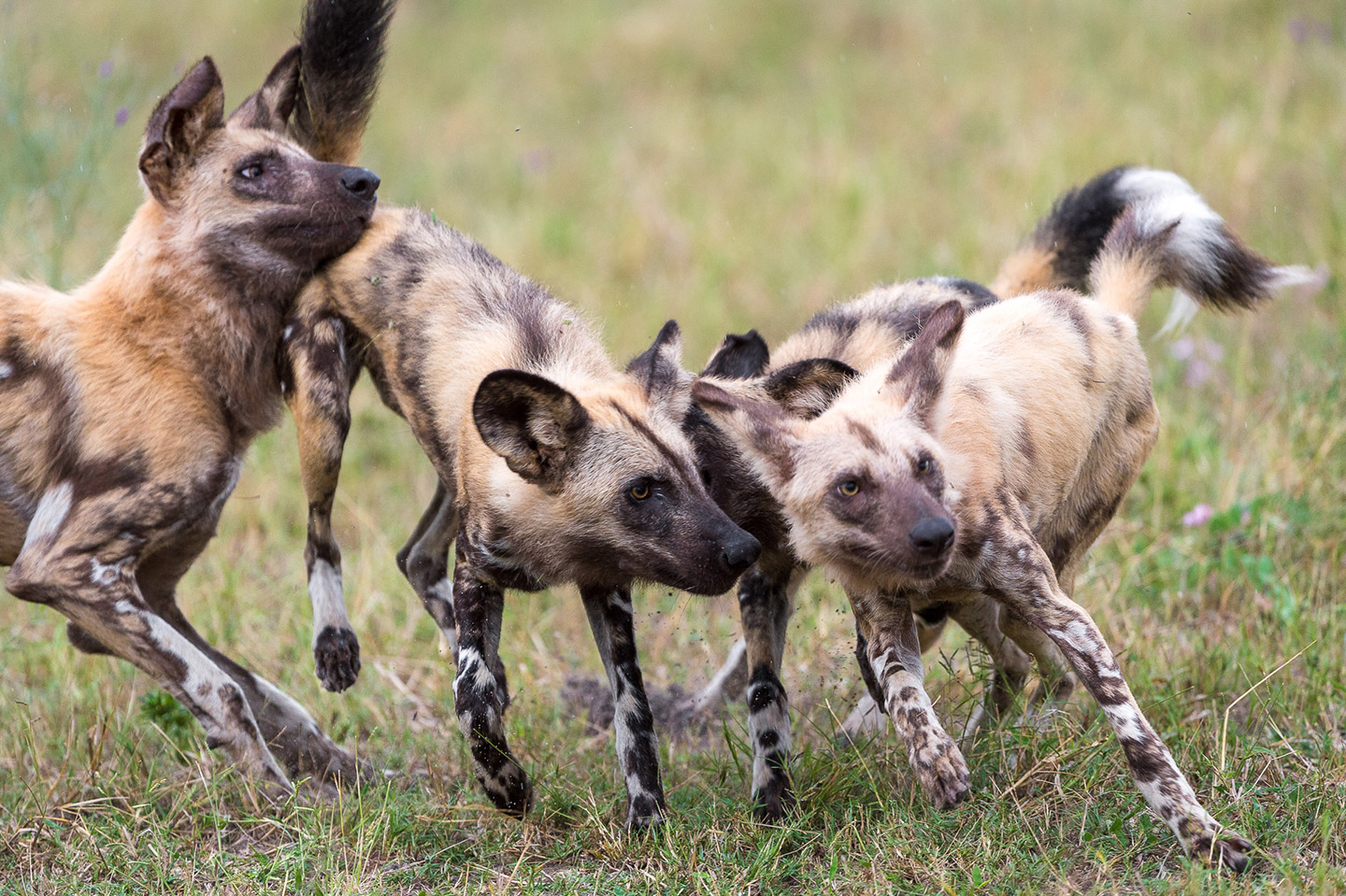 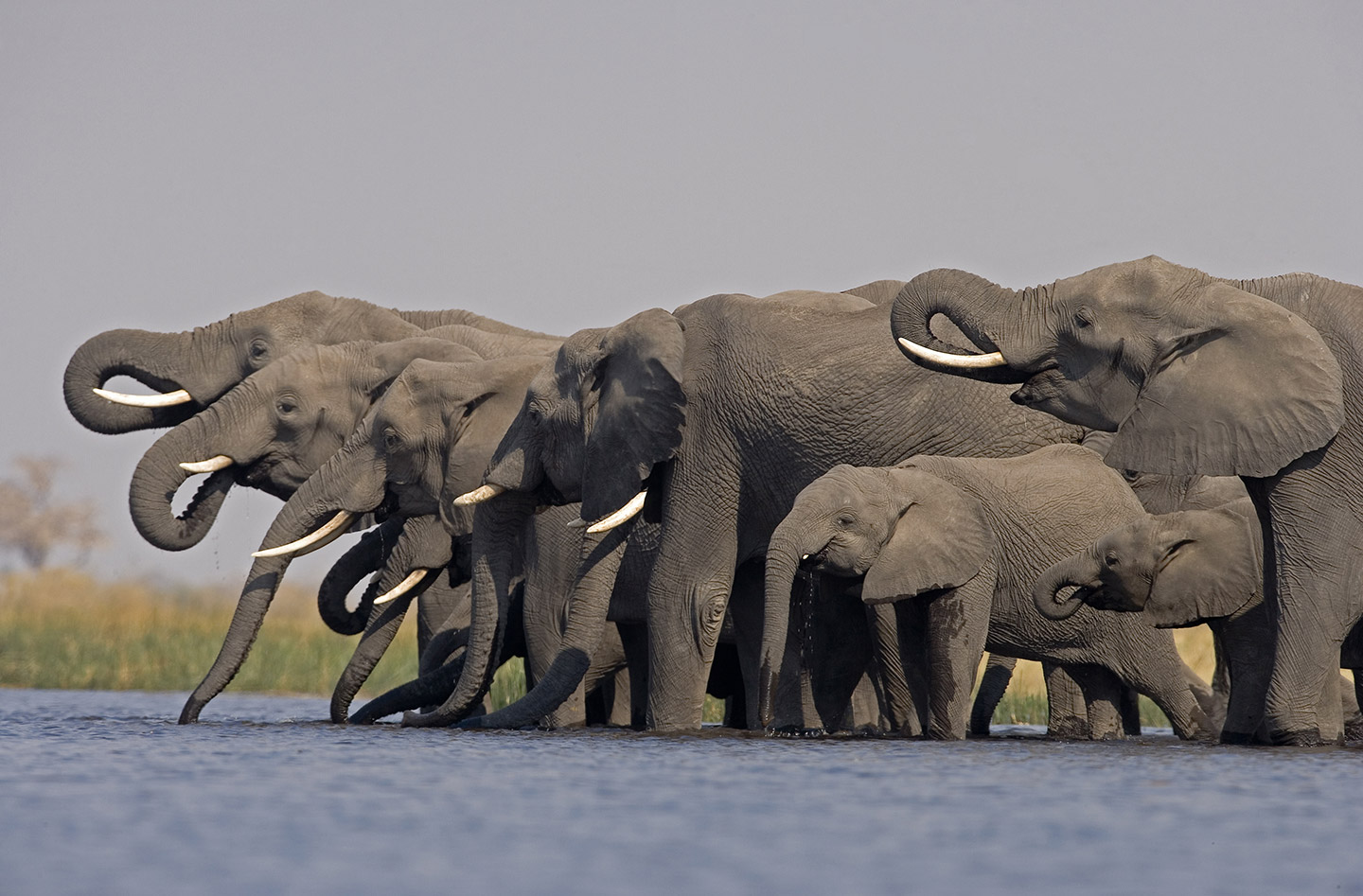 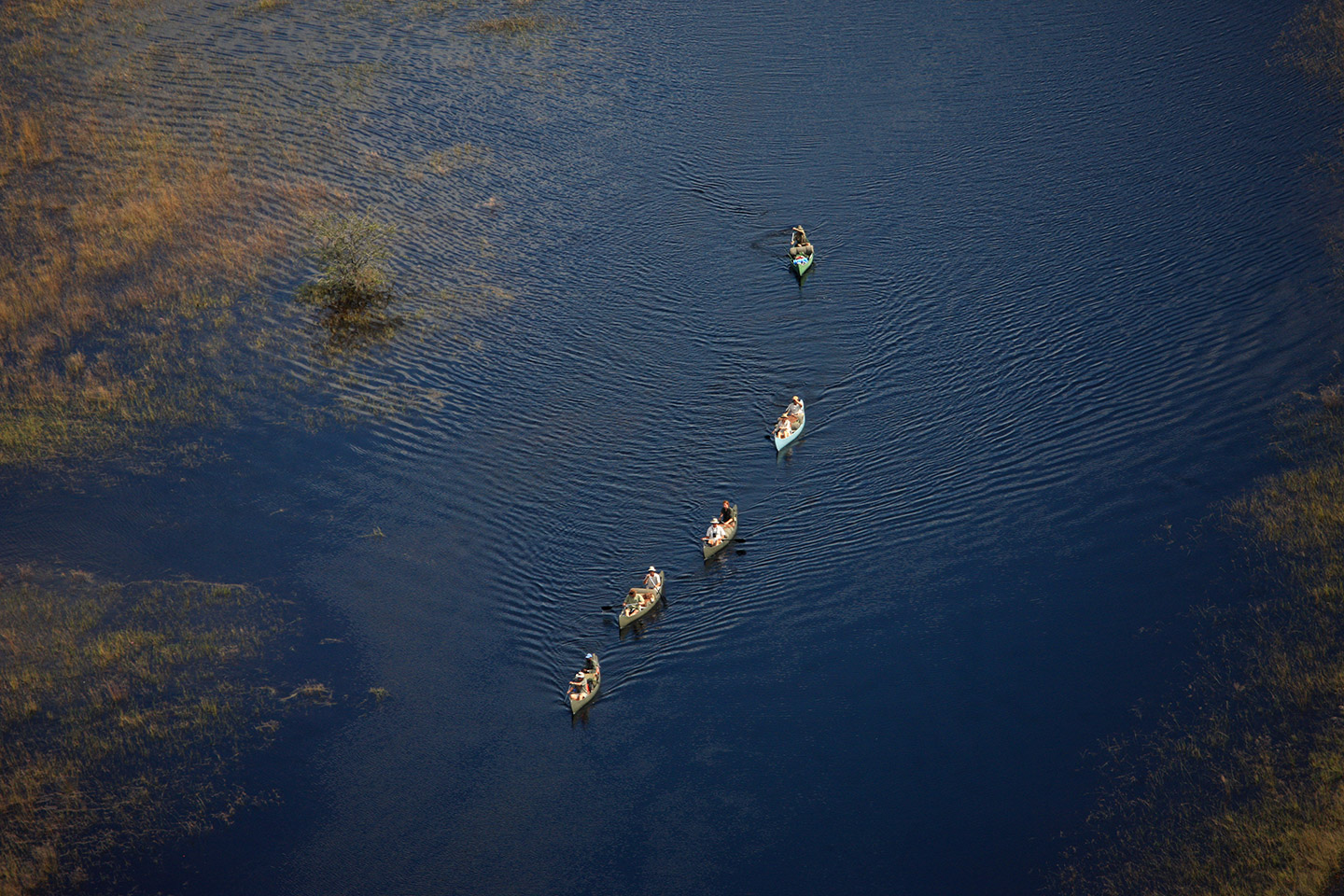 The salt pans of the Makgadikgadi were once covered by the waters of a huge lake that dried up thousands of years ago. Belonging to the Kalahari ecosystem, but deeply different from the Central Kalahari Game Reserve, the Makgadikgadi Pans represent a truly unique destination, that remains mostly unexplored. While during the dry season the Makgadikgadi hosts only the desert adapted species, from December to March thousands of zebras and wildebeests migrate to this area, with predators being spotted regularly. Located in the eastern part of the Okavango Delta, the Moremi Game Reserve is unique not only for its extraordinary biodiversity, but also for its history. Created in 1963 by Chief Moremi III’s wife, worried for the decimation of wildlife due to hunting, the reserve is the first natural sanctuary in Africa created by the local population on its land. The reserve is a rich natural habitat of floodplains, lagoons and forests of mopane tree, supporting an impressive concentration and variety of mammals, reptiles, fishes and birds. 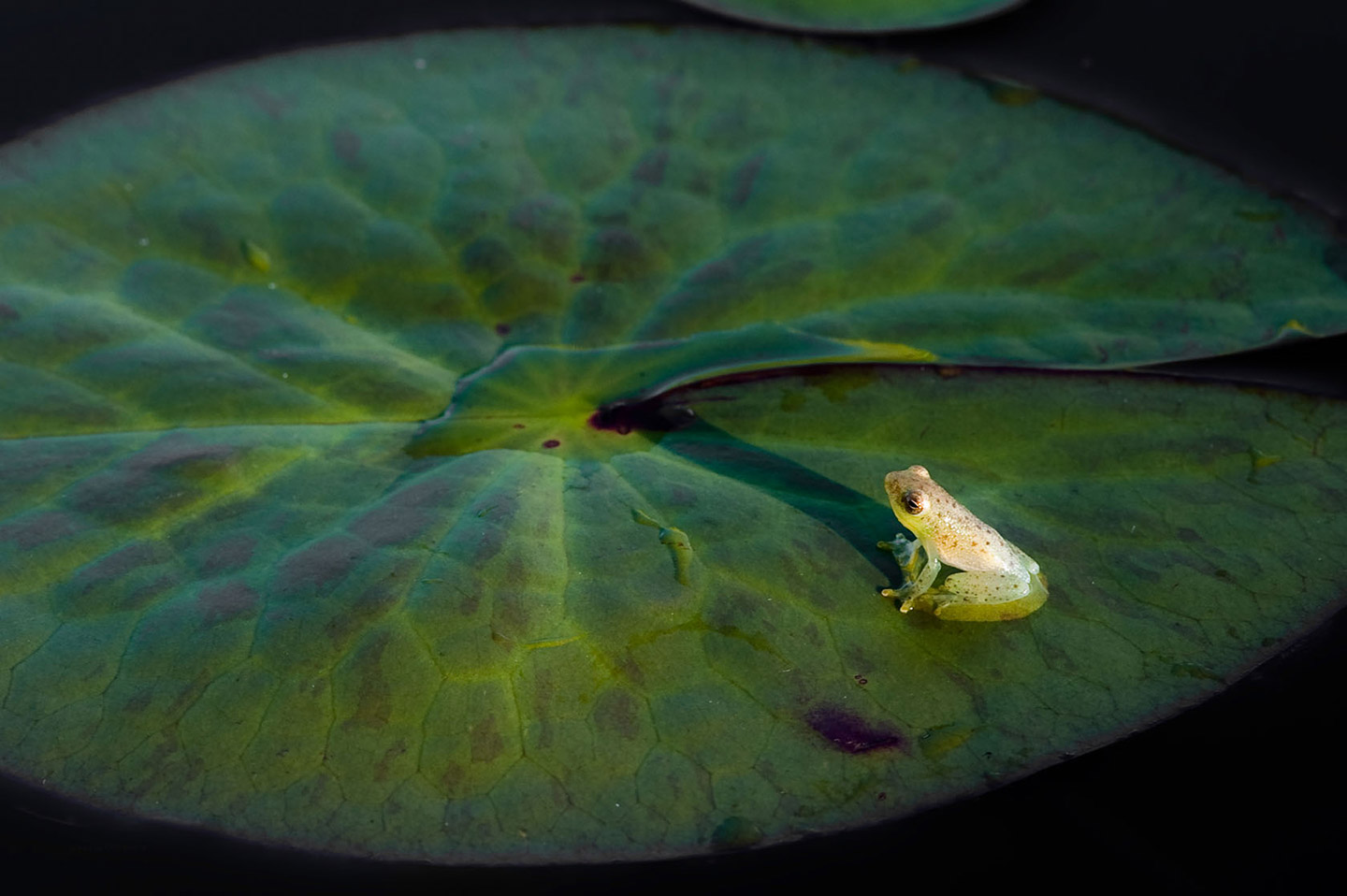 The Okavango River rises in the highlands of Angola and flows across Namibia to the North of Botswana, where it creates one of the largest inland delta in the world, covering an area of 16,000 km². The annual flood flows in the Panhandle and slowly spreads to the network of channels and lagoons of the delta before disappearing in the Kalahari. The water, filtered by sand and papyrus, creates a unique ecosystem inhabited by 130 species of mammal, 89 species of fish and more than 480 species of bird. 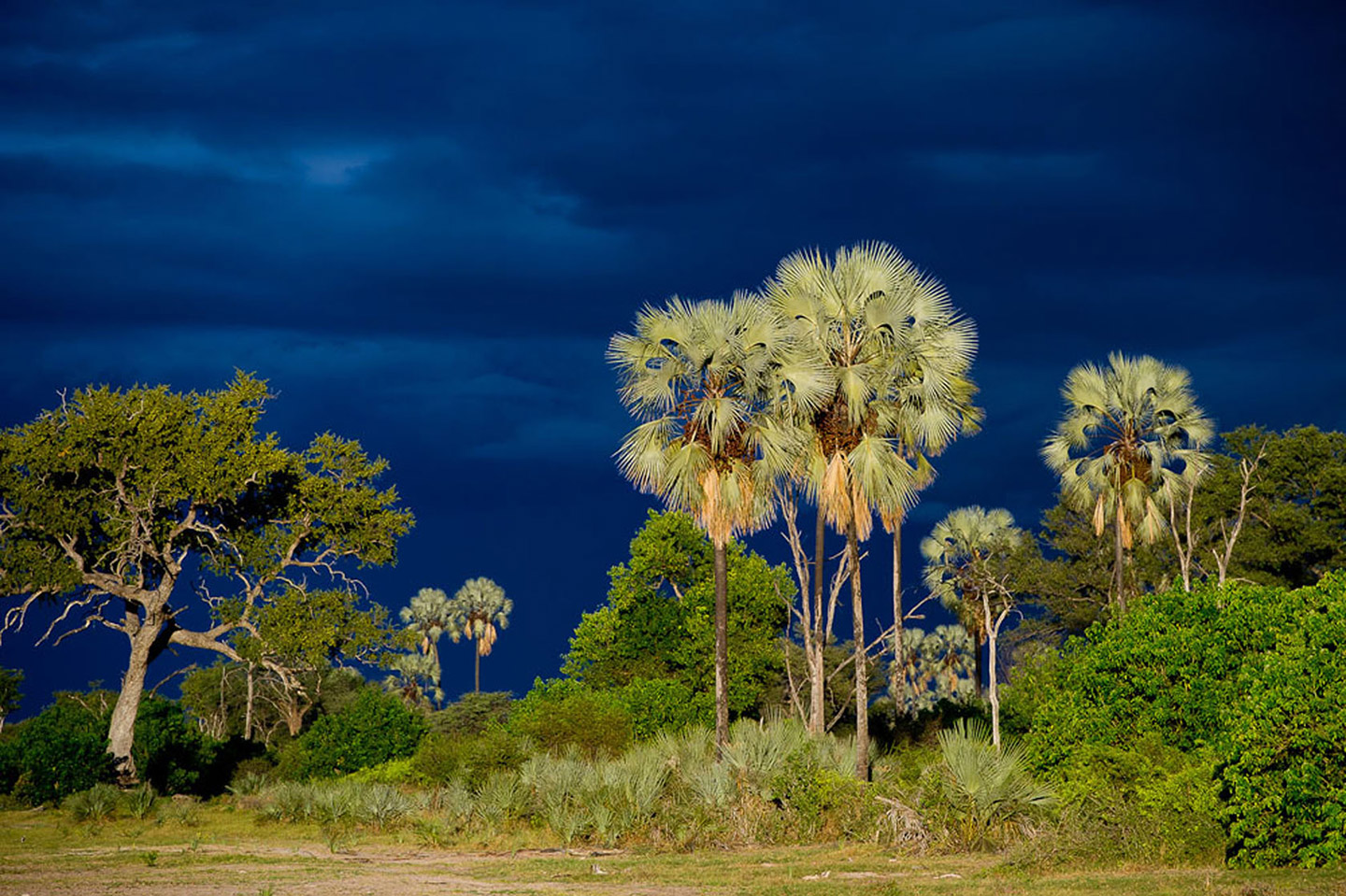 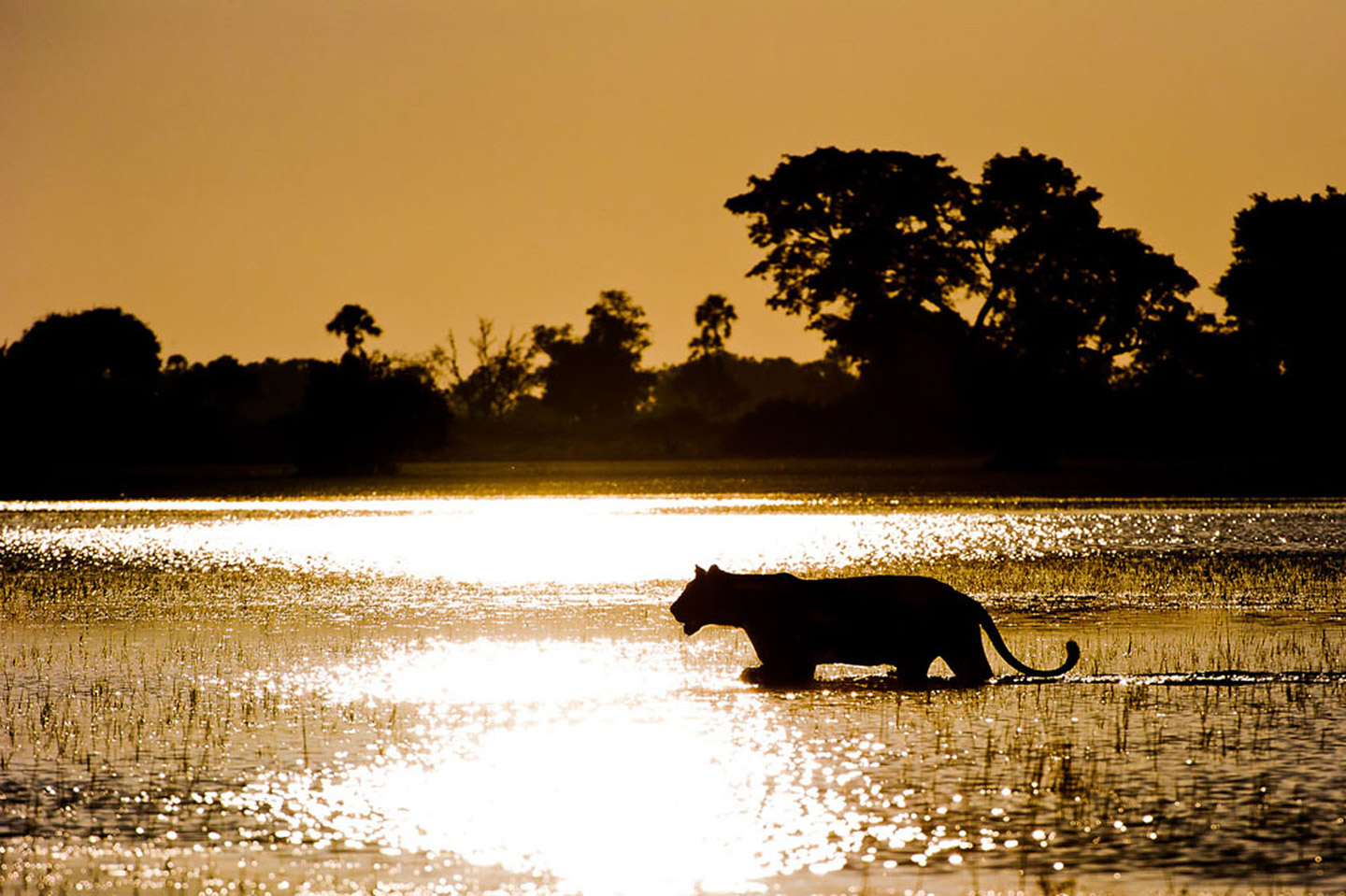