“Zambia is the home of walking safaris and one of Africa’s best kept secrets. Here you go back to basics with genuine safaris in some of the most pristine parks in the continent.”

The spectacular migration of millions of fruit bats in the Kasanka National Park.

Canoe and fishing safaris on the Zambezi River in the Lower Zambezi National Park.

“The Smoke that Thunders”, the impressive wall of water of the Victoria Falls

Zambia is a landlocked country whose geography is shaped by its rivers, of which the most famous is its namesake, the Zambezi. Once a British colony under the name of Northern Rhodesia, Zambia became independent in 1964. Its economy is based on agriculture, copper mining and a growing tourism sector, with most of the people living around Lusaka and the towns of the Northern Copperbelt. This has resulted in huge, truly remote protected areas: 30% of the country is set aside for

wildlife with 20 national parks and 34 game management areas. In the South-East of the country the Zambezi, the fourth longest river in Africa, flows over the 1.7 km wide and 108 mt high Victoria Falls and then down through the Lower Zambezi valley into the Lake Kariba. Zambia’s untouched national parks feature diverse ecosystems and unique endemic species. Two of the Zambezi largest tributaries, the Kafue and the Luangwa, flow through the country and supply two spectacular national parks: the Kafue, Zambia’s oldest national park, and the South Luangwa National Park, home to one of the highest density of leopards in Africa. The northern region is covered by flood plains teeming with wildlife. Here the Liuwa Plains National Park is home to one of the great wildebeest migrations in Africa, while another migration, this time of millions of fruit bats, takes place in the community-run Kasanka National Park in the central province. A safari in Zambia is one of the most diverse, exclusive and challenging in Africa and definitely one to put in your bucket list if you are an outdoor activities enthusiast.

Established in the 1950s by the famous Norman Carr, Kafue is the oldest and largest national park in the country. The park covers an area of 22,900 km² still little known and largely unexplored in central-western Zambia. Thanks to its size and variety of habitats the Kafue National Park is rich in wildlife, particularly concentrated in the Busanga Plains, in the north of the park. 158 mammal species, including a great variety of antelopes, and over 500 bird species have been identified in the Kafue. 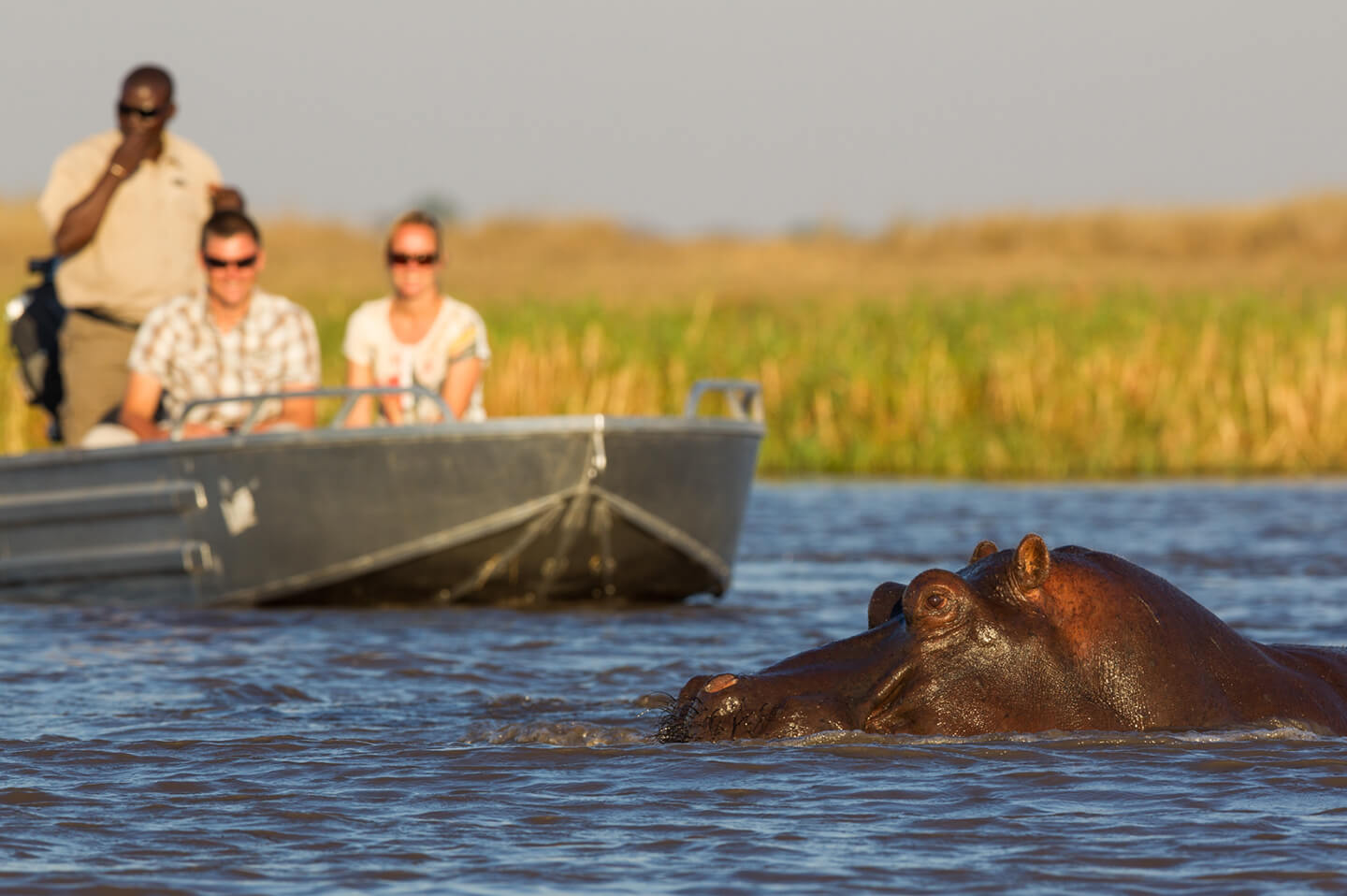 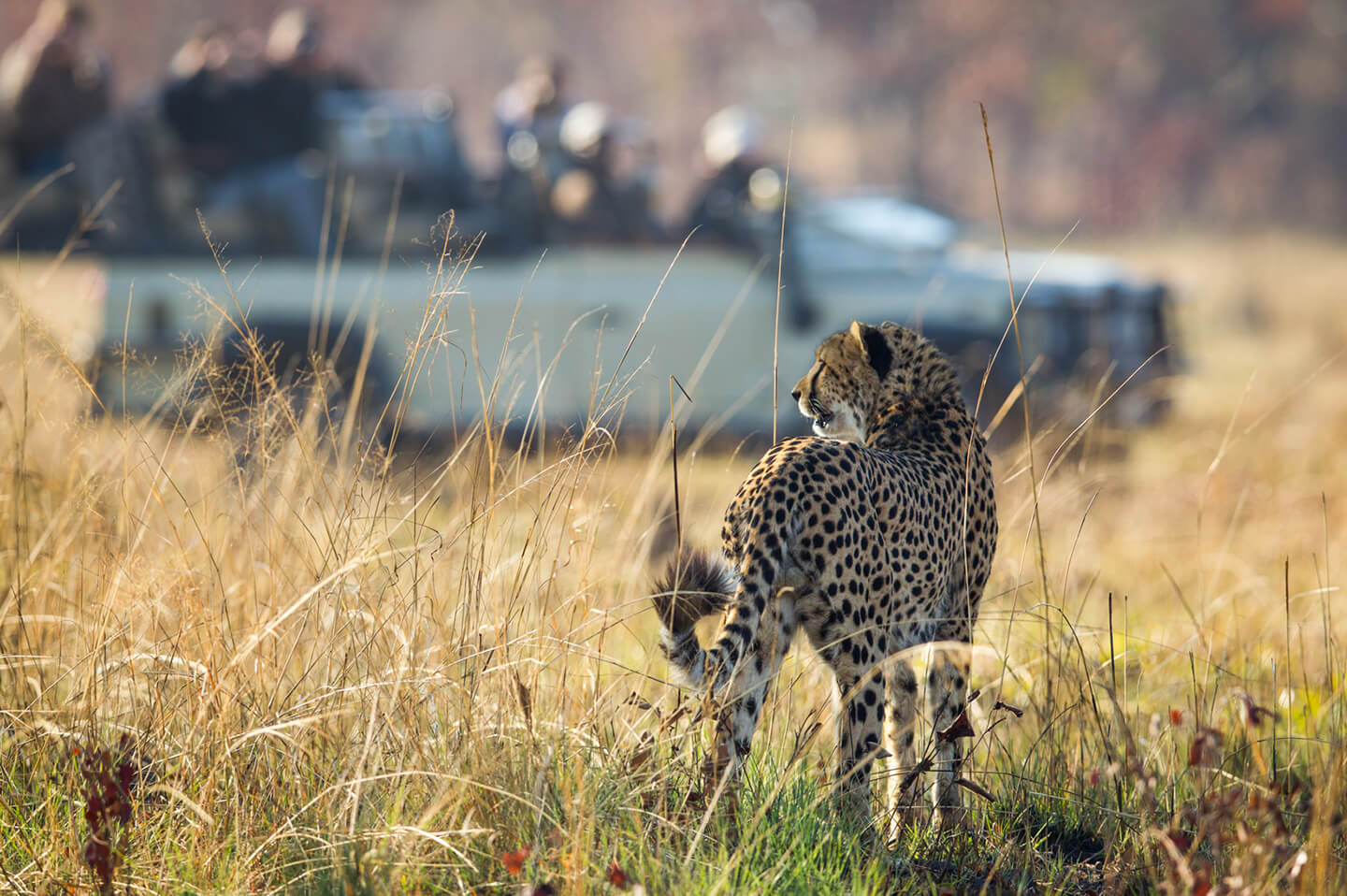 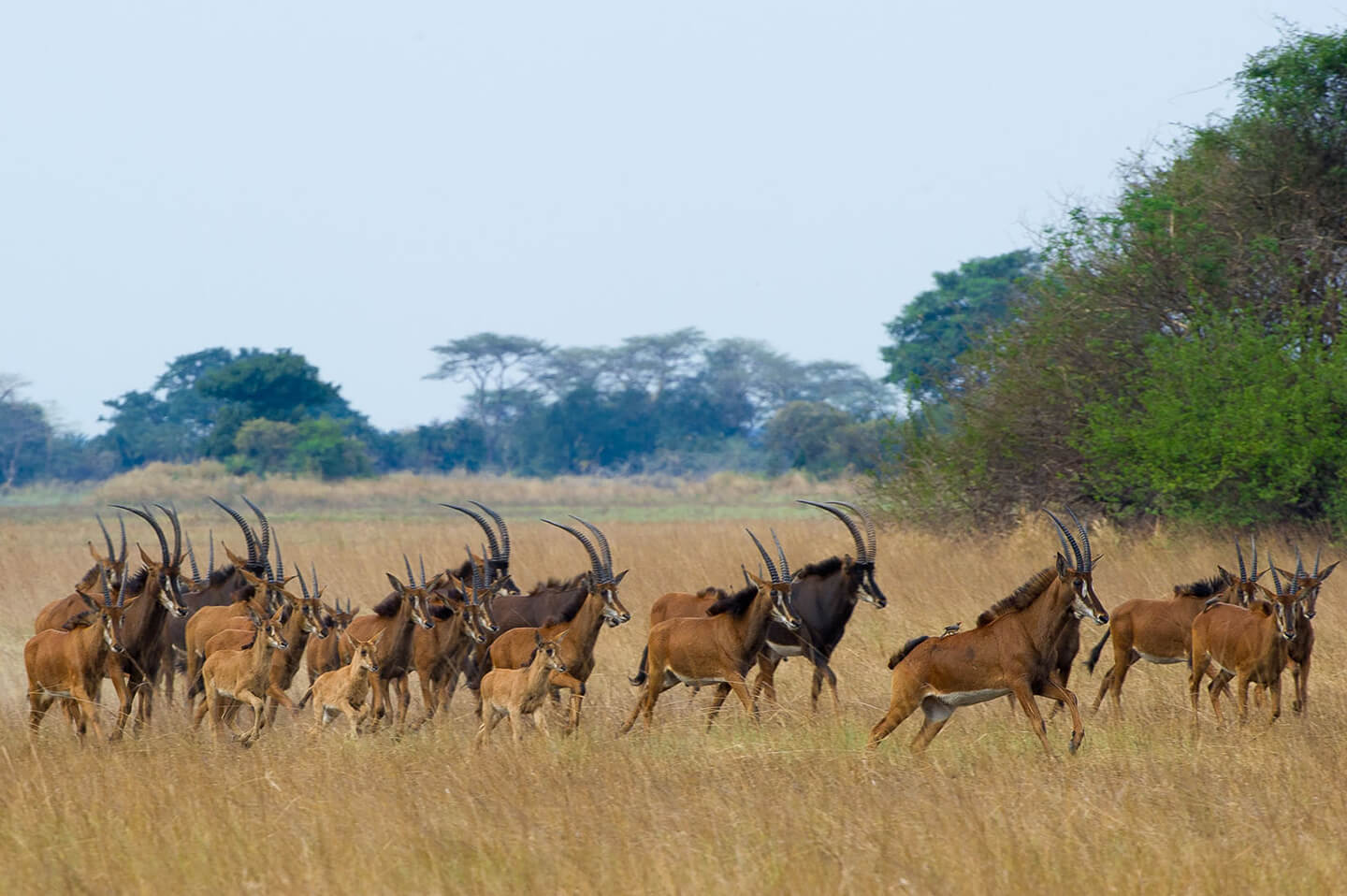 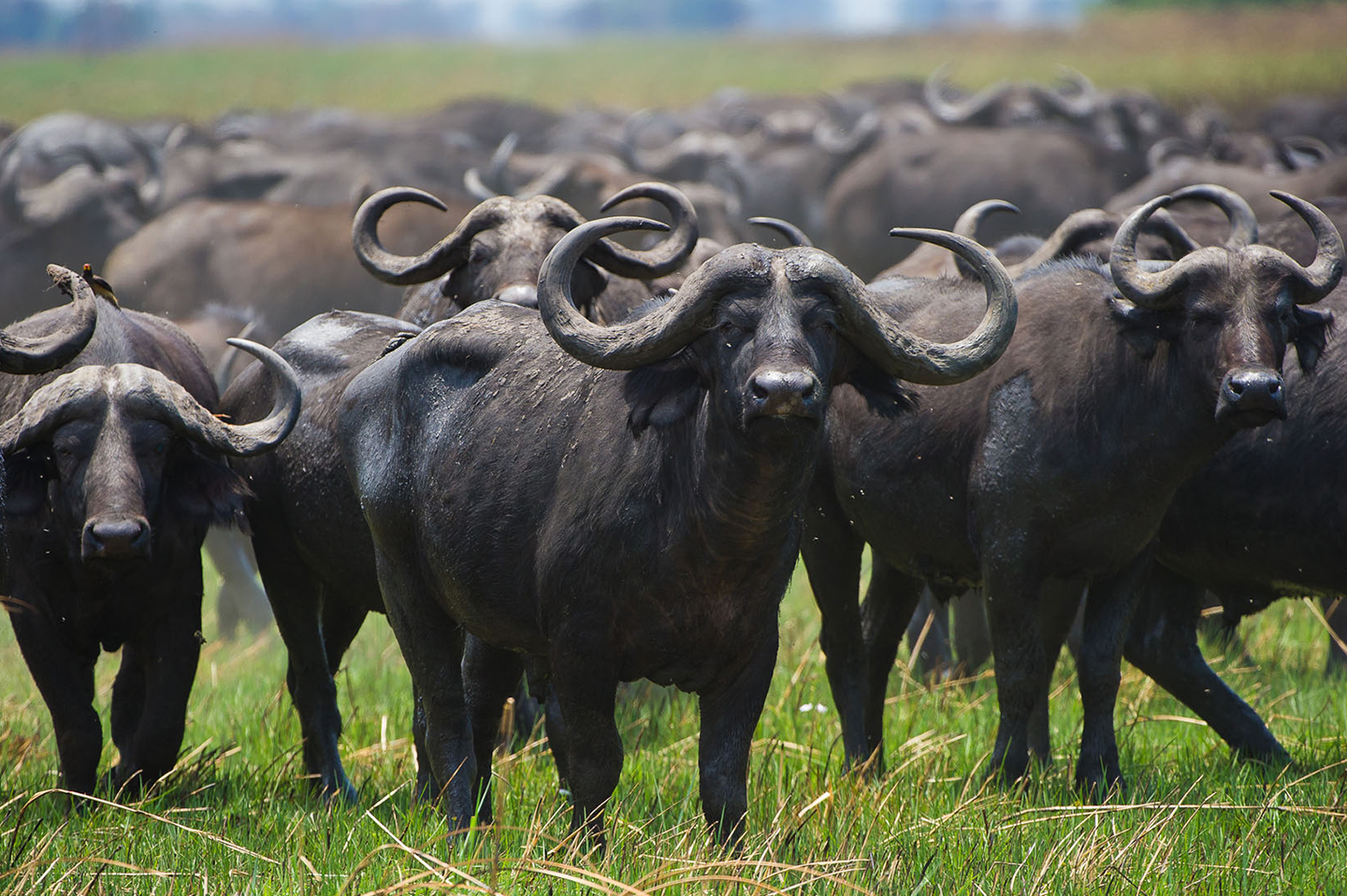 Already proclaimed protected area by the king of Barotseland in the 1880s and established as national park in 1972, Liuwa Plains covers 3,660 km² of untouched wilderness in the far west of Zambia. The park is made up of grass open plains with sparse tree-islands having their roots in the Kalahari sands. Liuwa Plains National Park is home to Africa’s second largest wildebeest migration, as well as to prolific predators such as lions, cheetah, African wild dogs and spotted hyenas. 334 bird species have been identified in the park. 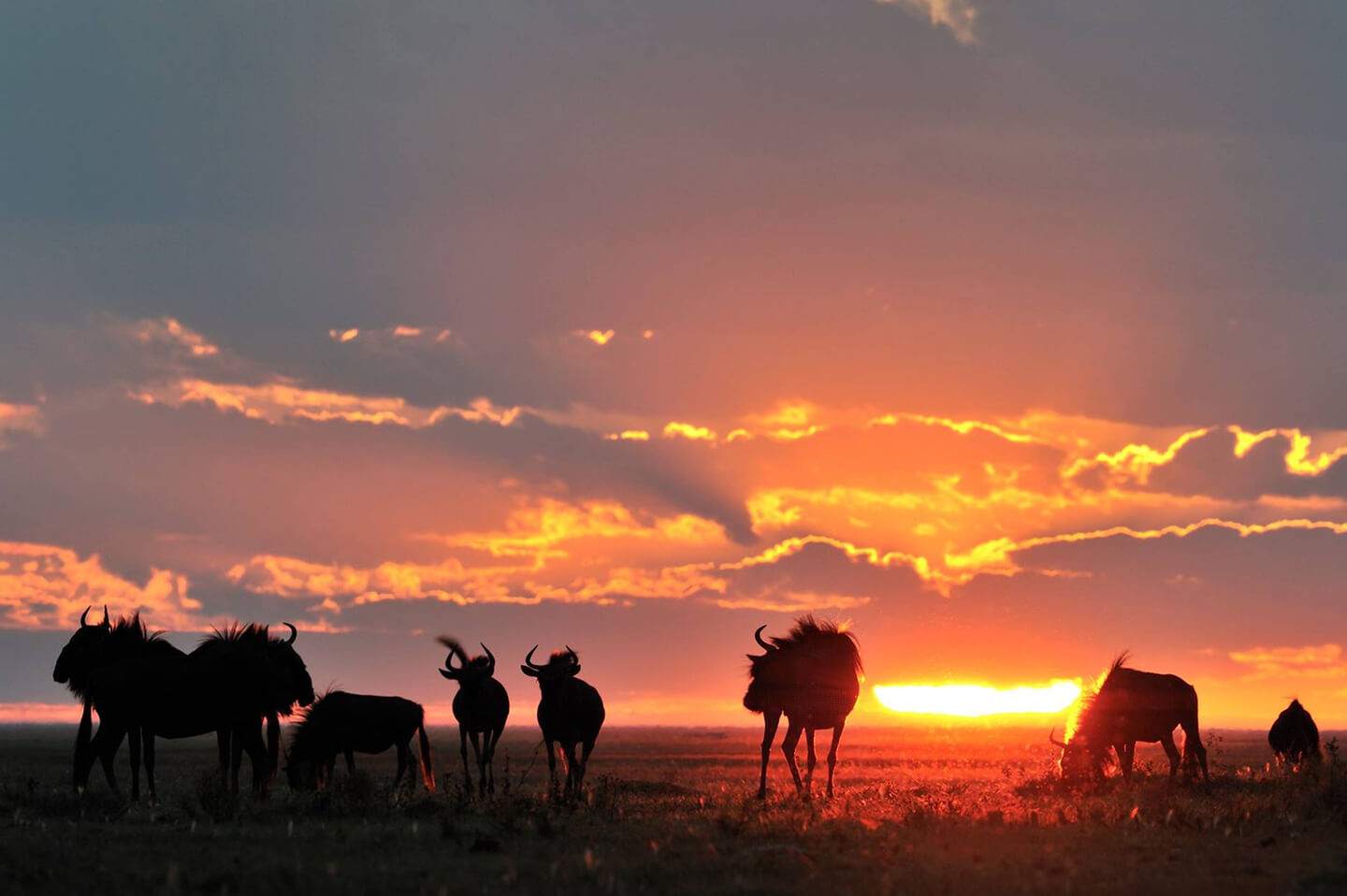 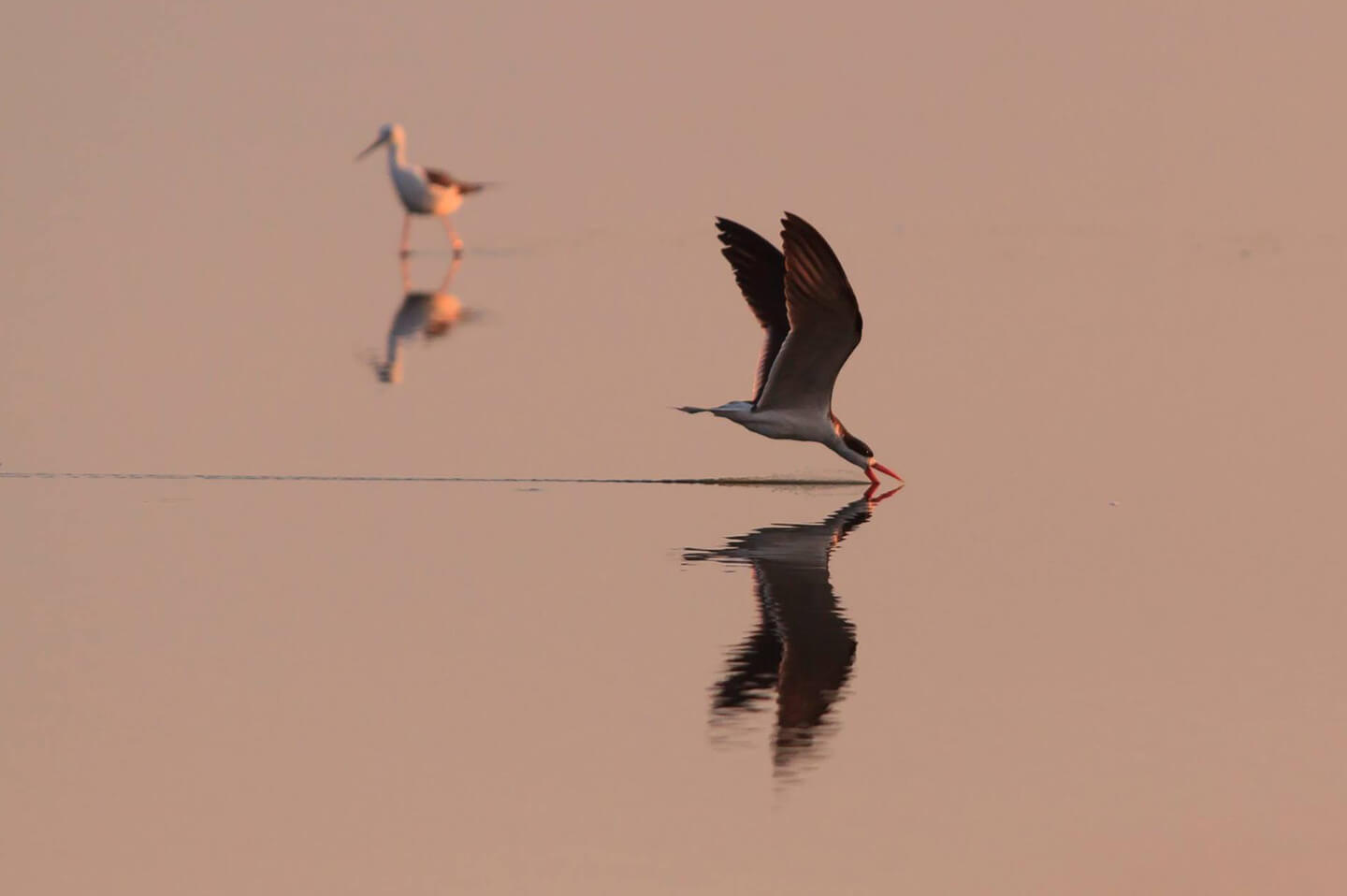 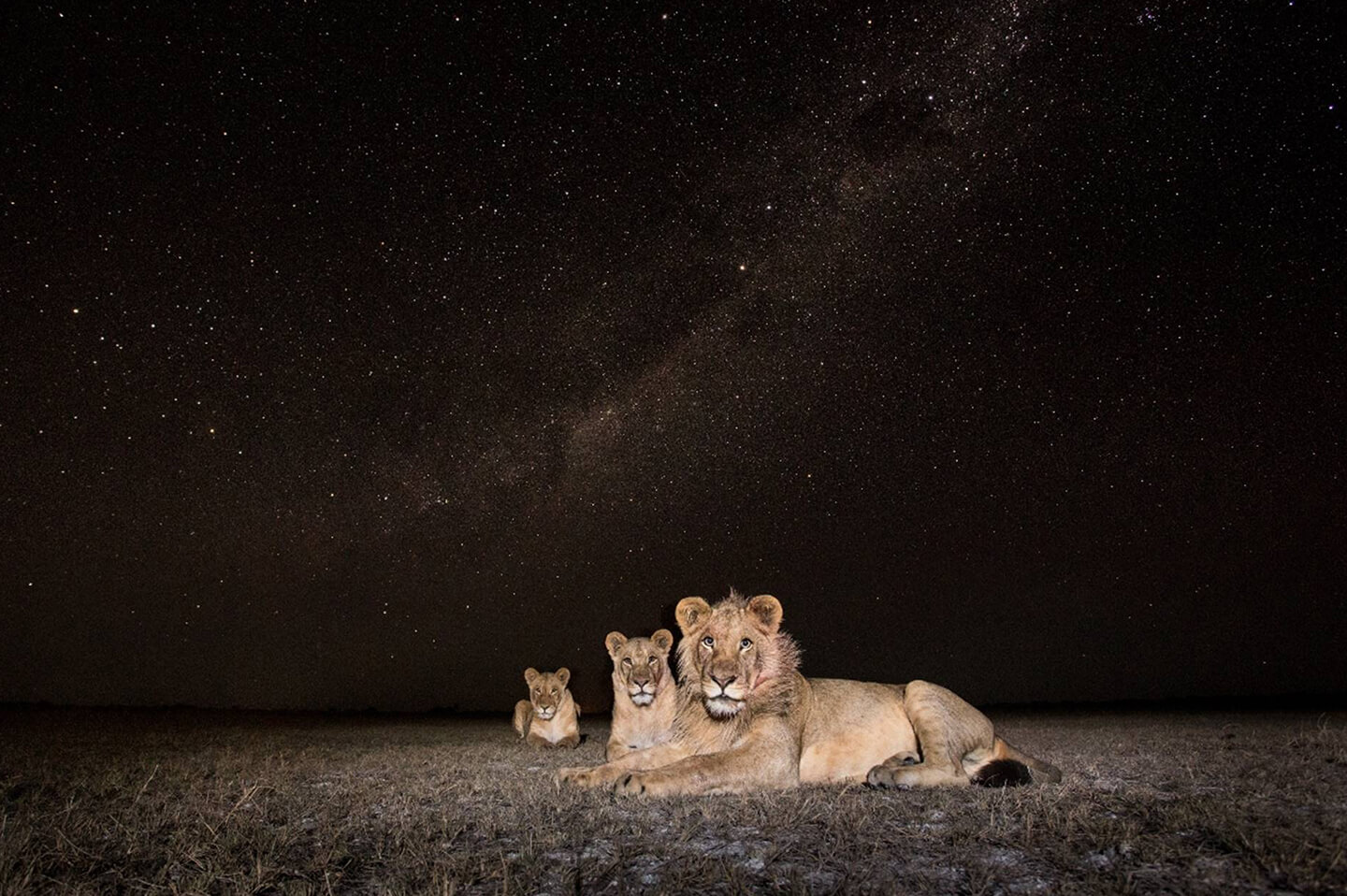 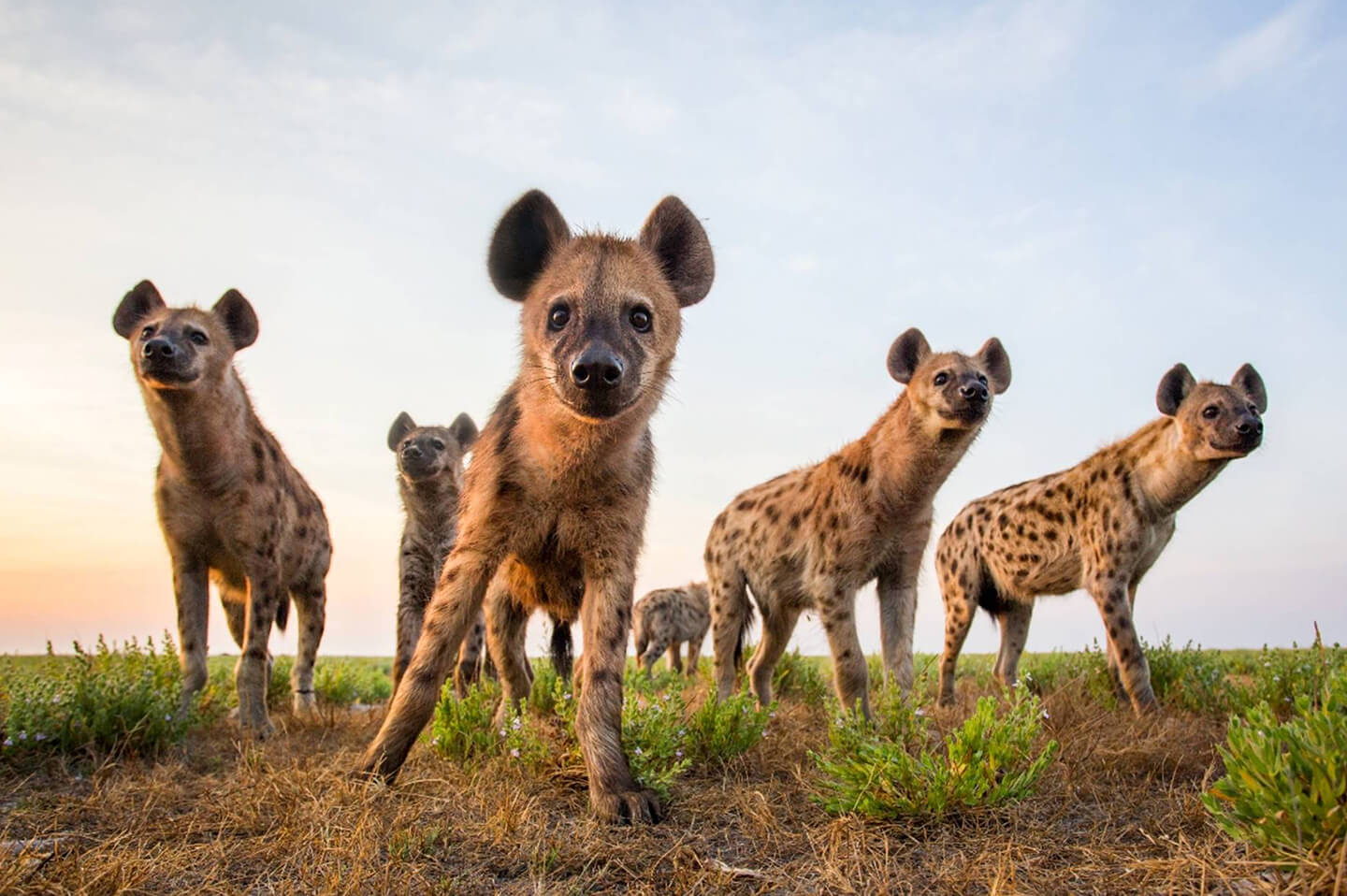 The park covers an area of 4,092 km² in the Lower Zambezi Valley opposite to the Mana Pool National Park. The escarpment on the northern edge of the park acts as a physical barrier for the resident game that concentrates along the valley floor. Big herds of elephants and buffalo gather along the banks and on the islands of the Zambezi, while the waters of the river host hippo, crocodiles and tigerfish. Among predators good numbers of lion and leopard are present. The park is a paradise for water activities, and particularly for canoe safaris and fishing. 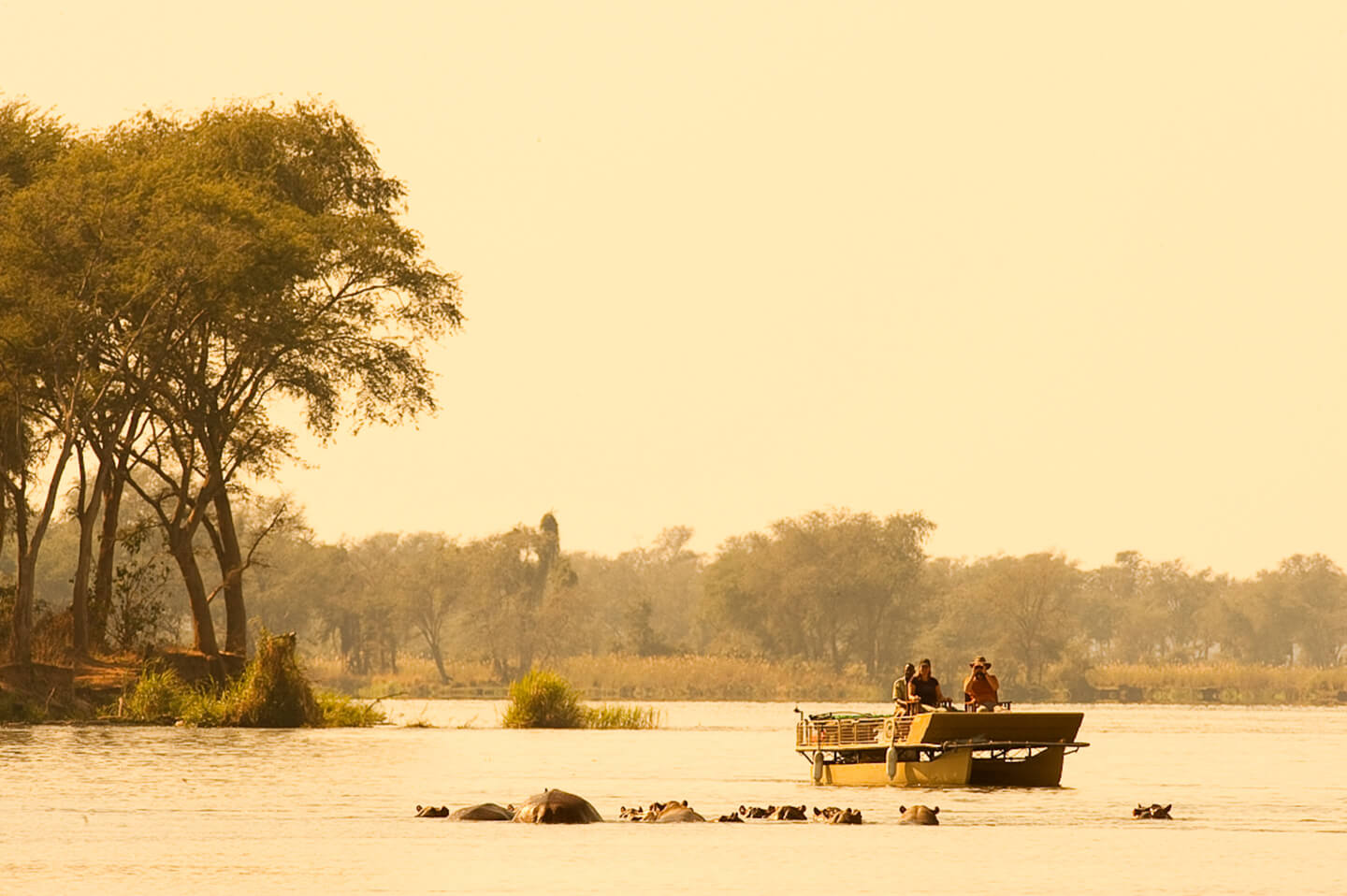 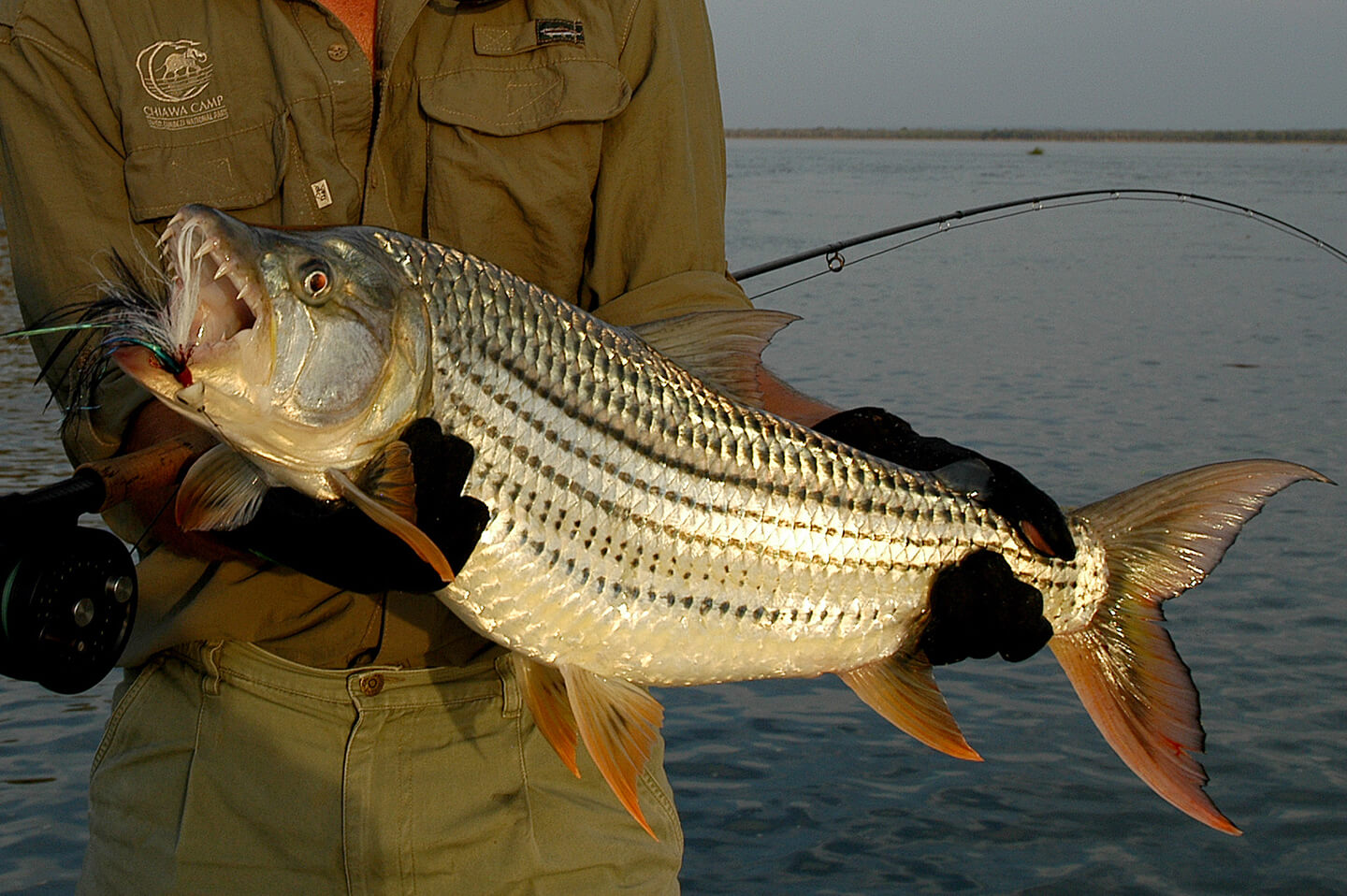 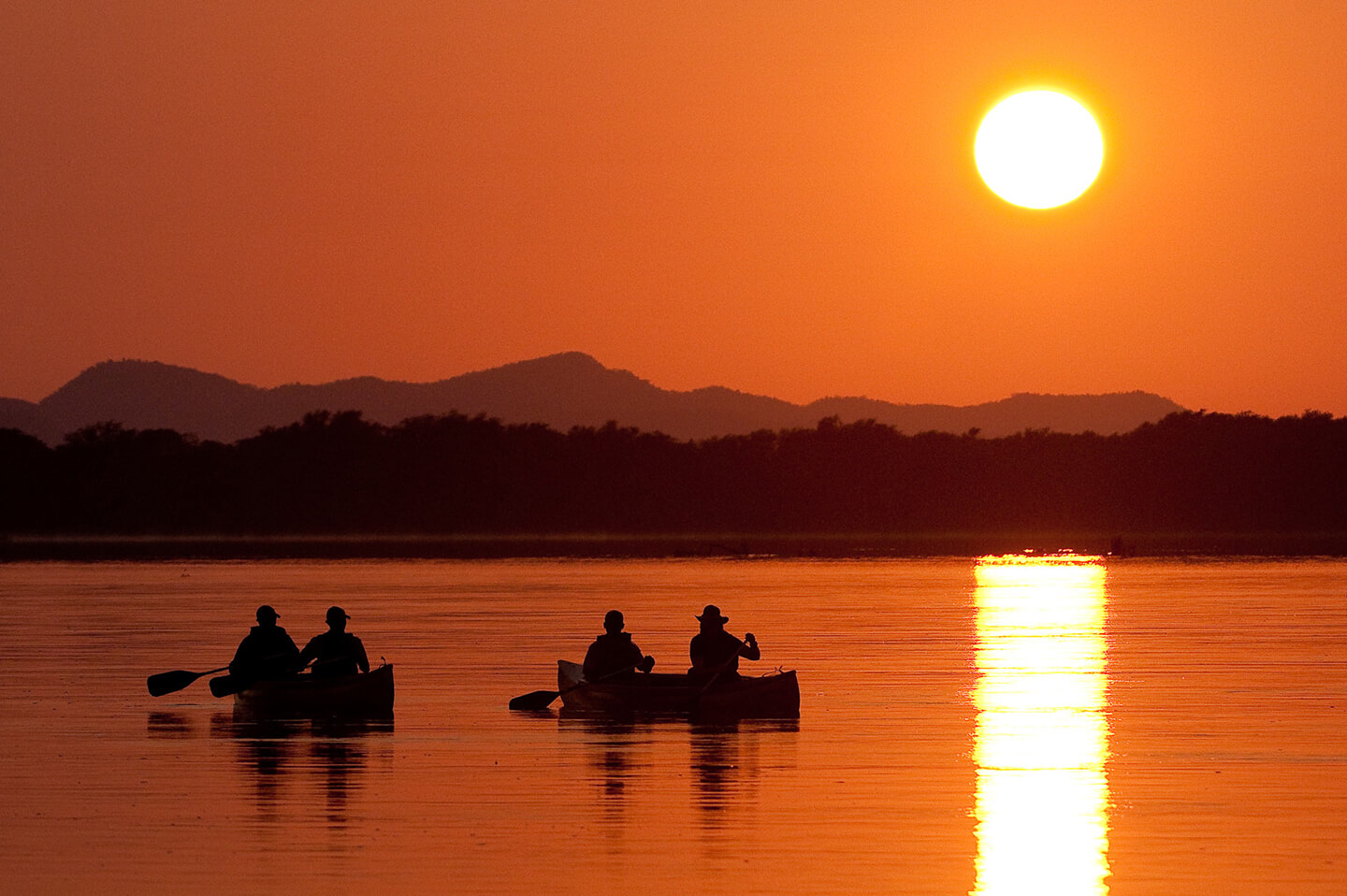 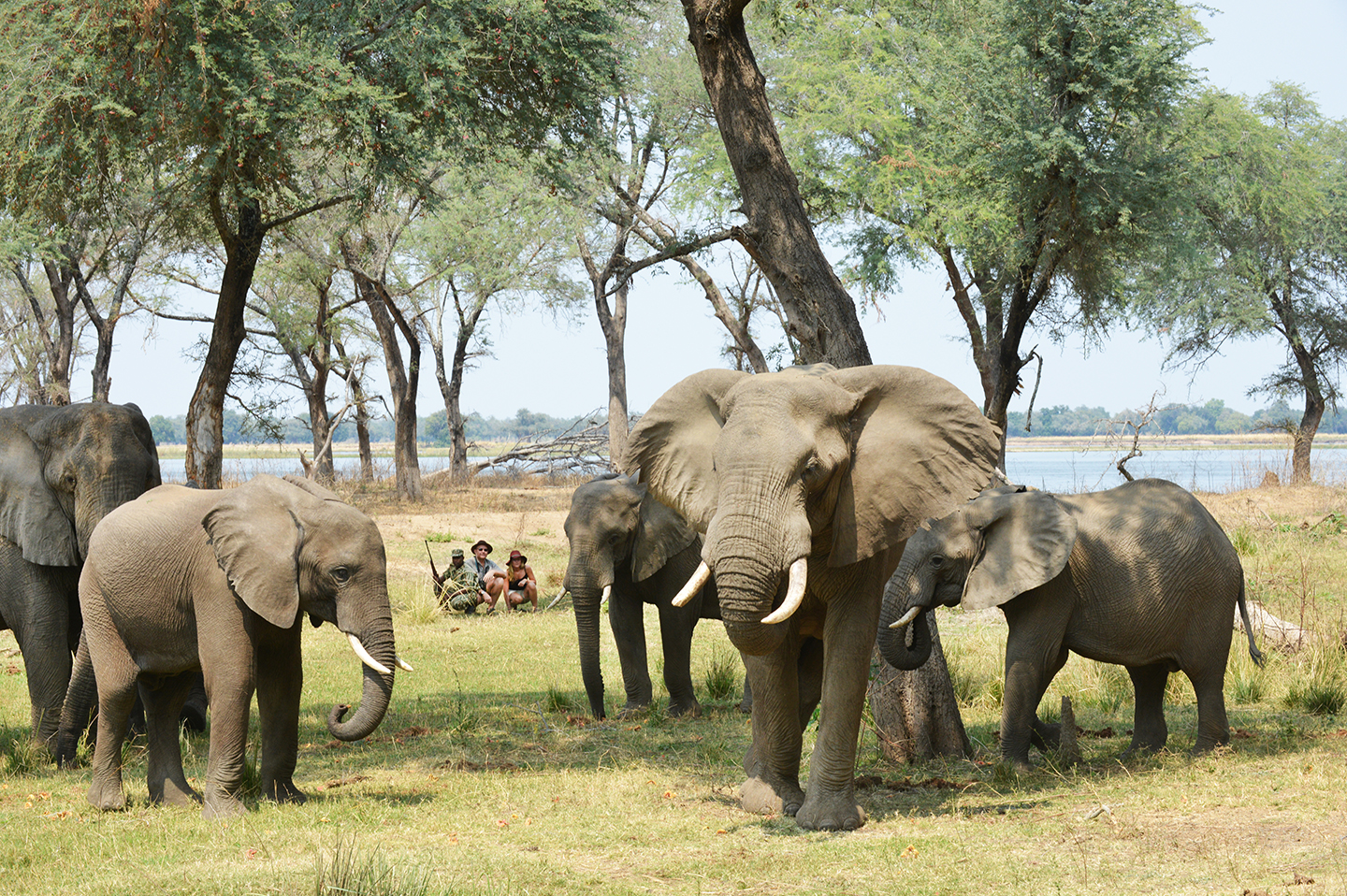 The South Luangwa covers 9,059 km² in the Luangwa River Valley in north-eastern Zambia. The abundance of water and rich vegetation attract an incredible variety and concentration of wildlife. The South Luangwa is home to more than 60 mammal species including Thornicroft's giraffe and Cookson’s wildebeest, endemic of the region, and features one of the highest leopard densities in Africa. 400 out of the 732 bird species identified in Zambia live in the Luangwa. It is renowned for walking safaris, started here in the 1950s, and for night game drives. 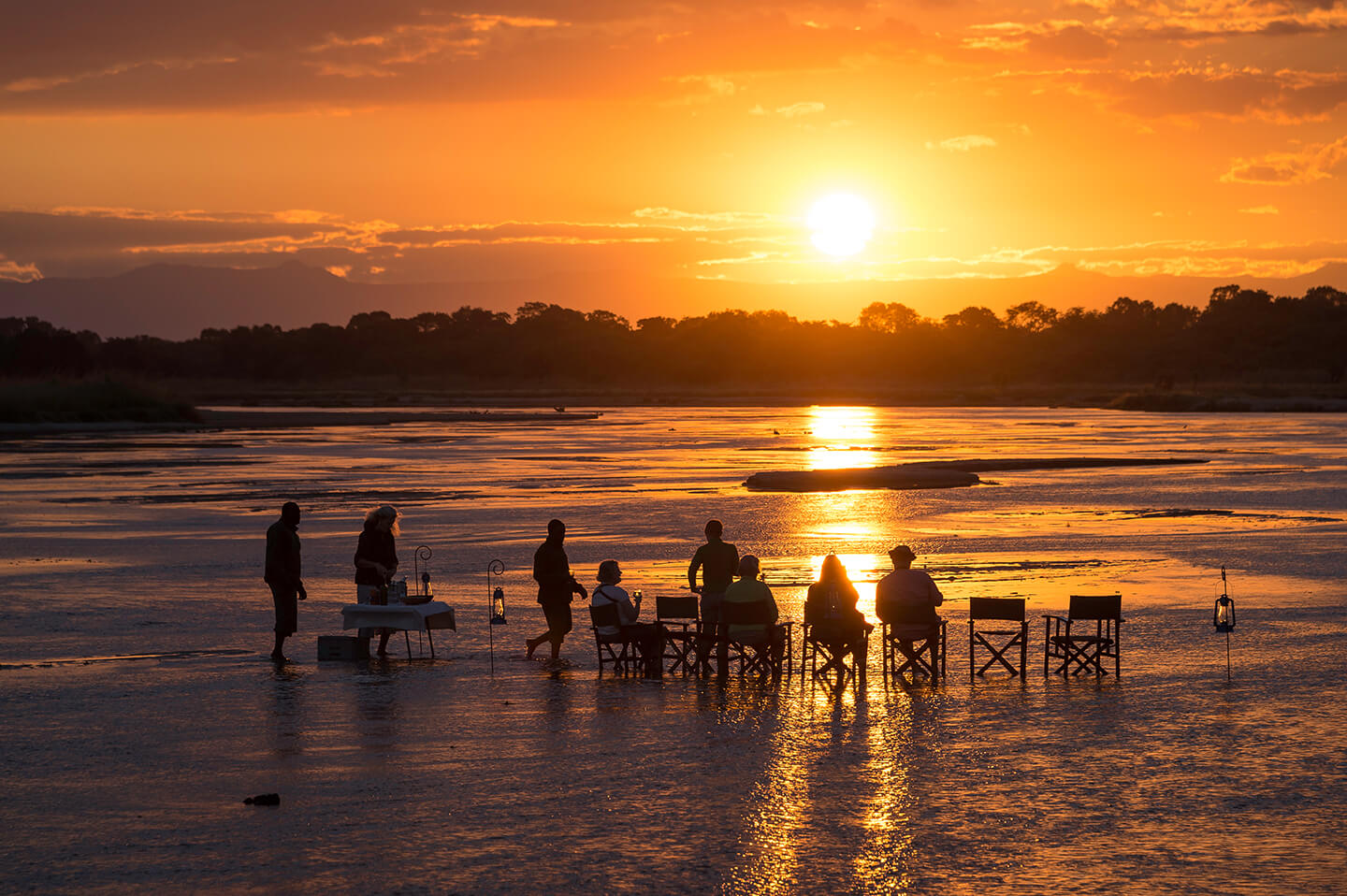 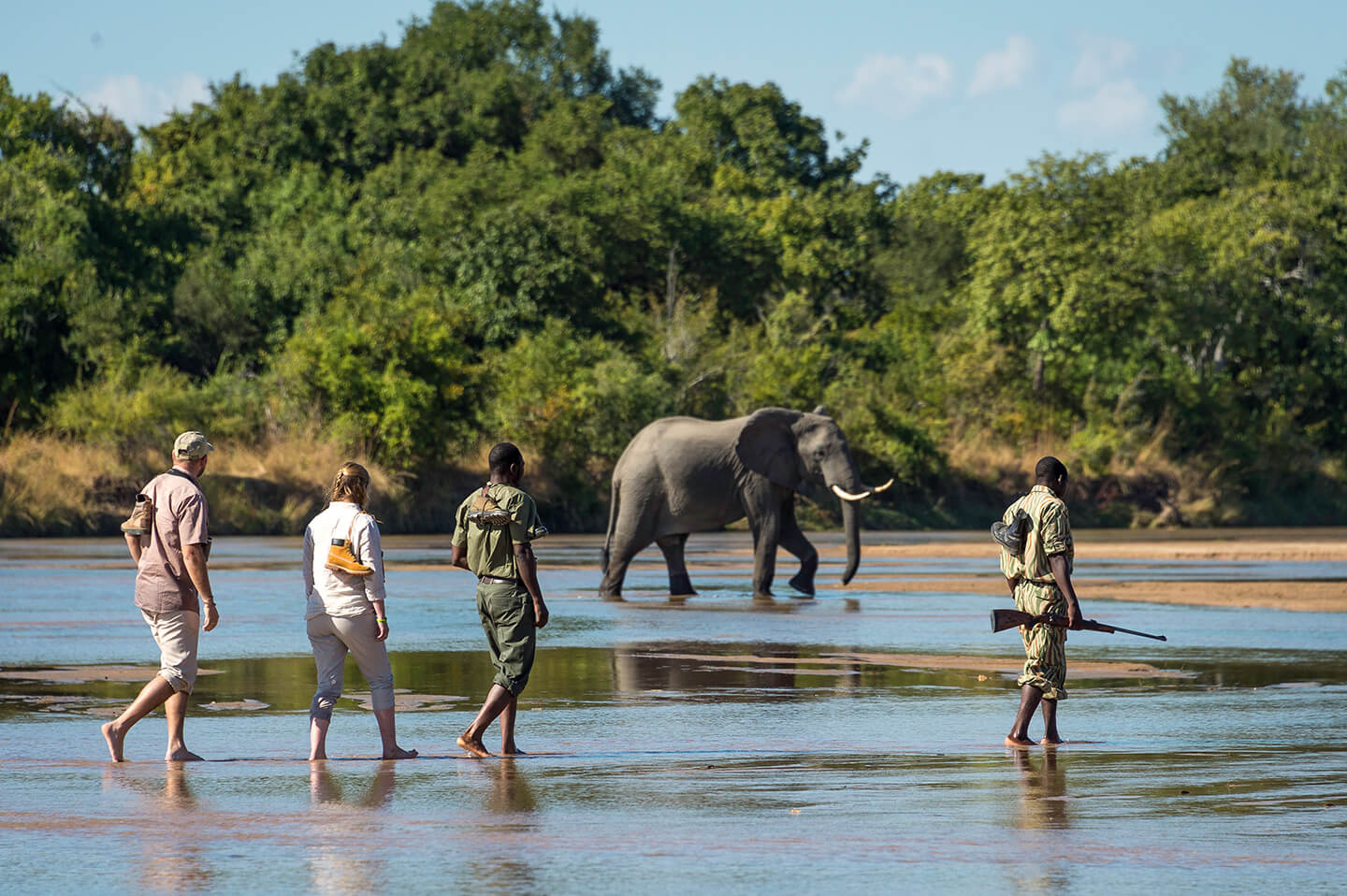 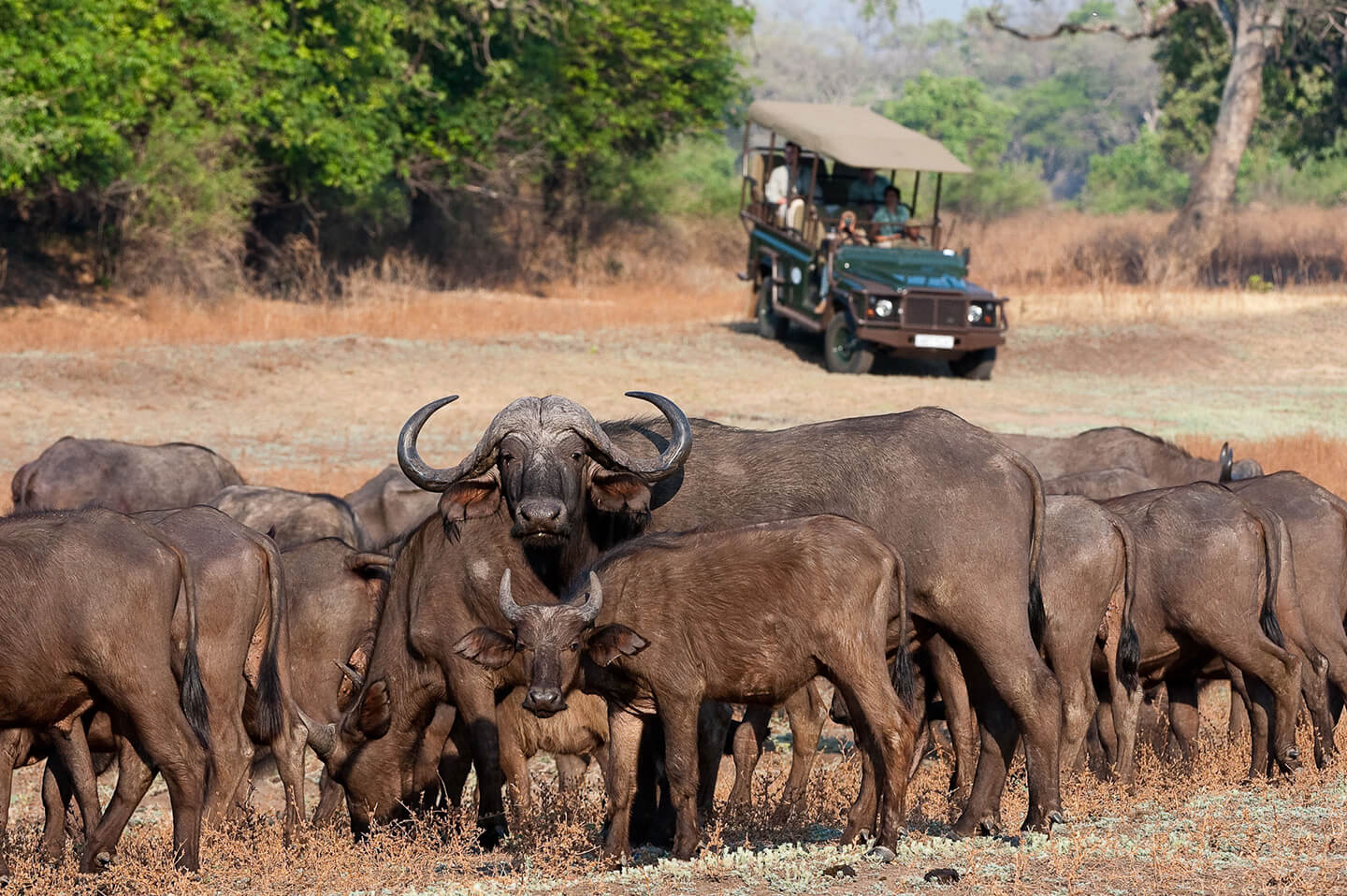 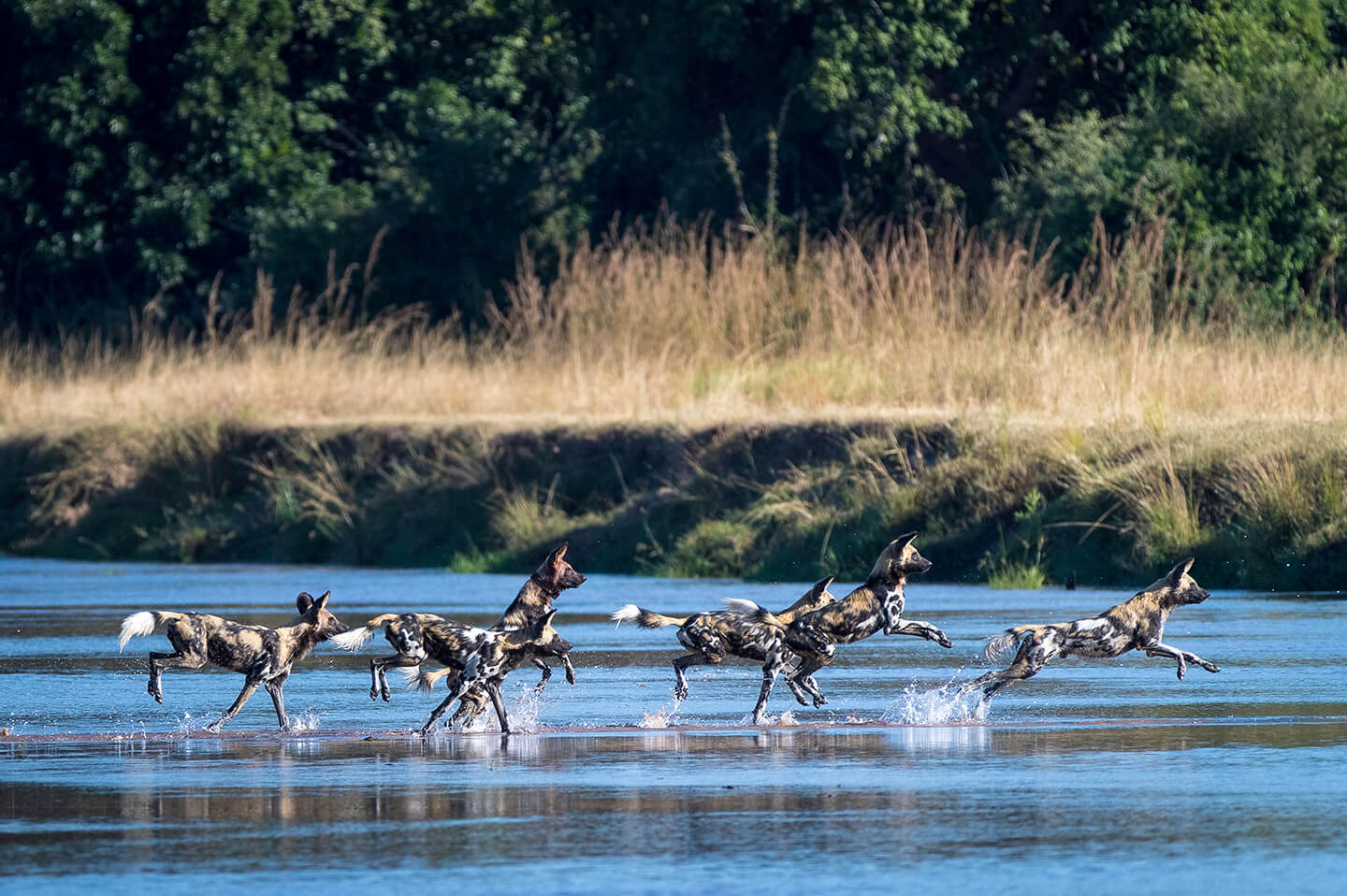 Livingstone, who discovered Victoria Falls in 1855, once said: “scenes so lovely must have been gazed upon by angels in their flight”. Known as "the Smoke that Thunders", these impressive waterfalls are about 1.7 km wide, up to 108 mt high and carry more than 1,000 m³/s on average. Livinstone Island and the famous Devil's Pool are right at the edge of the falls. The area of Livingstone is the quintessential destination for adrenaline activities, while Mosy Oa Tunya National Park is ideal for a first safari in Zambia. 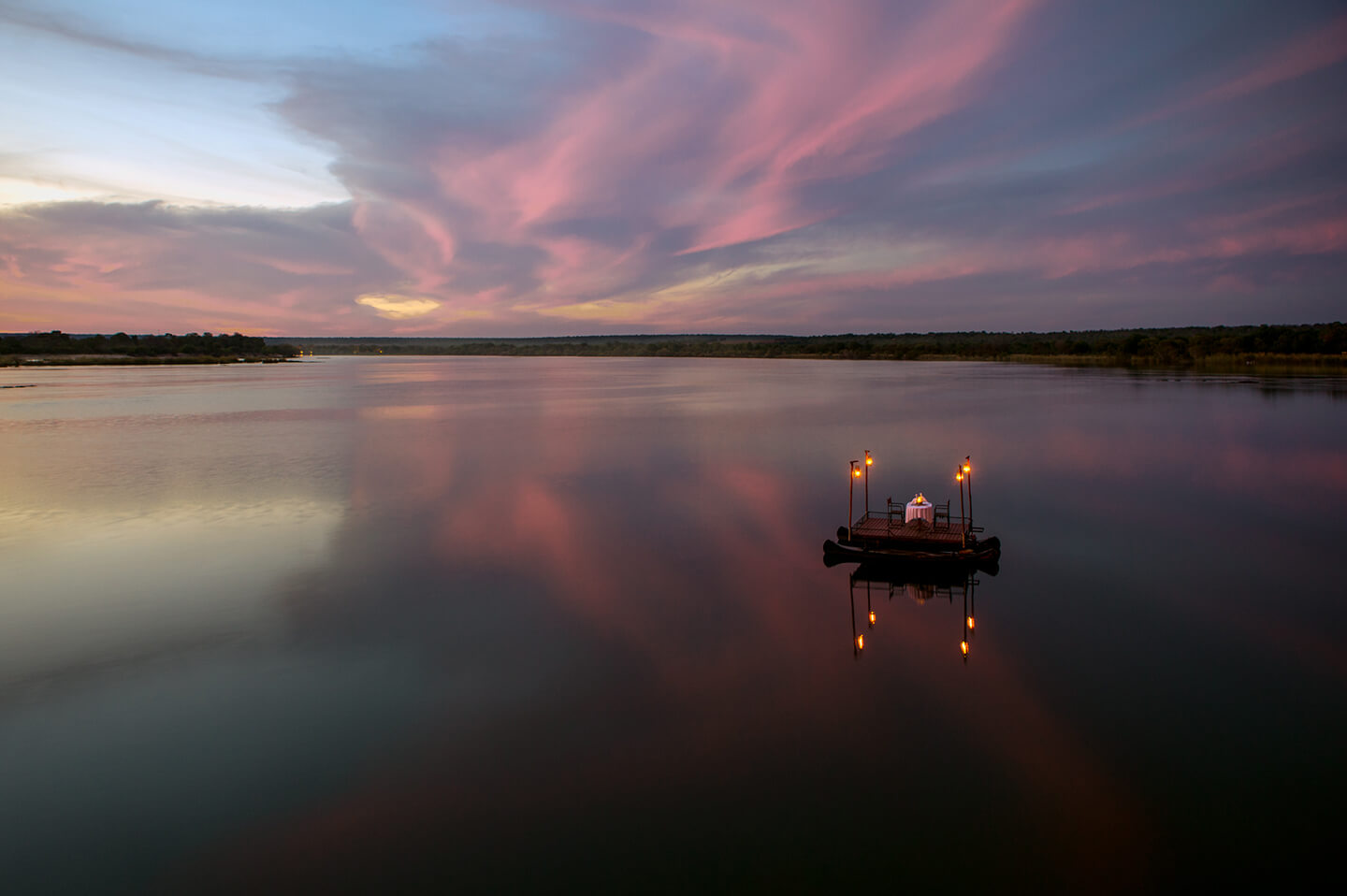